Celebrity stylist Ty Hunter on discovering the beauty within yourself

He’s worked with stars from Beyoncé to Billy Porter, and his new memoir is about how he remade himself

Instead Hunter takes fans deep into his life, sharing how hard it was connecting with his father for most of his life because he was gay, finding out he was having a child young after being unsure he could after a gunshot wound, and other moments that changed his life. There was a chance meeting with one of singer Janet Jackson’s music video directors, who told him he was wasting his life working retail. Then Hunter met singer Beyoncé’s mother, Tina Knowles, who would eventually bring him on to help her style the singing group Destiny’s Child.

“I knew one day eventually, I wanted to do a book,” he said. The book, titled Makeover from Within: Lessons in Hardship, Acceptance, and Self-Discovery, is a natural progression from his popular Instagram page, where he shares daily bits of inspiration with his audience, even sharing the same yellow and black color scheme.

“Everything I do is yellow because I wanted my social media platform to be a place where you could get a ray of sun,” said Hunter. “People know they can come to my page to get a laugh, feel better, and just be encouraged. I wanted to have that element in the book as well.” 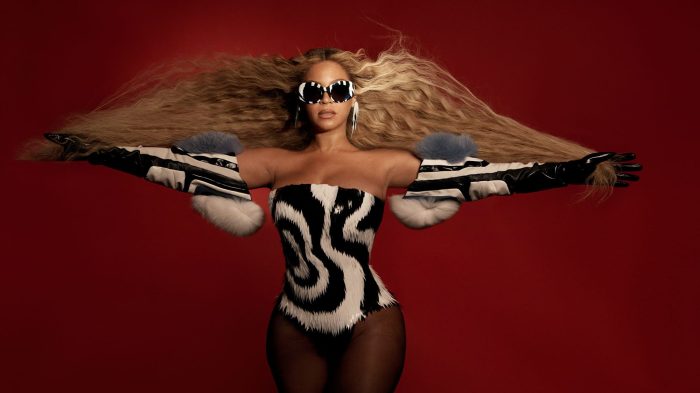 This book, “part memoir and part motivational toolbox” five years in the making, goes into Hunter’s upbringing in Texas, needing to learn how to walk again after being shot, and the epiphany that led to him to work in fashion. Hunter punctuates each chapter with Ty’s Takeaways, suggestions aimed at readers looking to live their best life.

“My social media platform is really big and people don’t even know I’m a stylist,” he said. “I’ll meet people on the street who will be like, your Instagram helped me through this, man. I didn’t even know you were a stylist. I didn’t know you worked with Beyoncé.”

As his longtime client Beyoncé writes in the book’s foreword: “That Ty would name this book Makeover from Within not only says everything about the genuine person he is, but reminds me of something my mother has always said, that ‘external beauty is fleeting, but beauty from within never fades.’ ”

Hunter talks us through what readers can expect in the book, which drops Friday.

How does it feel to have your story out in the world?

How did being raised by women prepare you for a career in fashion?

They really always valued my opinion and it was a setup — not knowing then that God placed that part of helping women in the beginning of my life. My stamp of approval meant so much to a lot of family members and friends. To this day my girlfriends will send me a picture of two or three pairs of shoes and be like, Which one goes with this?’ It’s, like, free services but it has always been that way. I was doing it all my life and never knew that could be my purpose, so it’s always a blessing to help women and also men feel better about their looks and because it’s all internal to me.

You shared a touching story about your dad taking you to your very first concert to see Diana Ross. Did you and he ever have the chance to talk about what a full circle moment to see Diana Ross’ costume changes that night and go on to work with a major pop star like Beyoncé, getting her dressed for the stage?

Yes, when he was on his deathbed in the hospital. Even writing that part in the book made me cry because it made me realize my dad was really trying to connect with me. I was like, wait a minute, my dad, a straight man taking me, this kid to a Diana Ross concert. Just me and him. I realized that was the moment of him just showing ‘I love you.’ It really touched me and made me feel so loved and seen at that time.

I love the way that you talked about the relationship with your daughter, Trezure, and her mom, and that you named her in the book’s dedication. How do you hope to teach her to be true to herself in the way that you are with this book?

When me and her mom were growing up we would get spankings — during a time when that was OK and popular — and we were totally against that. We always allowed her to speak her truth. [Her mother and I] used to have meetings when she was a kid and, like, how can we be better parents because we had her young. To be honest with you, she’s more of an adult than I am. I’m still trying to grow up my damn self.

She has a very good head on her shoulders. I’ve always made it a point for her to talk to me about every single thing. You’d be surprised by things we talk about. People are like, ‘You talked about that?’ but I wanted that open communication because I know in the beginning, I wasn’t really there in her life as much as I wanted to be because I was on the road. As she got older it became important to me to make sure that we have that line of communication open.

You’ve always been entrepreneurial, styling classmates, doing hair, where did that come from? 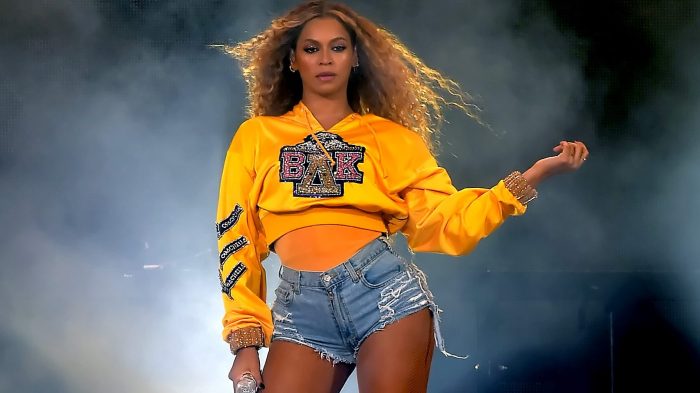 I can truly say I got that from my mom hustling and not being able to have — you know, back then, if you didn’t have the Girbauds and the Calvin Kleins and this and that you would get teased. I had to be creative going to the thrift store. Going into Goodwill and the Salvation Army making it stylish so I wouldn’t get teased. But I love vintage, still, to this day. I prefer to go to a thrift store, a Goodwill, Salvation Army versus going to the shopping mall or to the boutiques.

And what do you think empowered you to do this at such a young age? And have the confidence to embrace change so well?

You know, I can say that also came from not having. When I started with Destiny’s Child, we were bootleg. You know, it’s, like, we had to make it work because we weren’t allowed to pull from showrooms and designers. And Miss Tina, I can say, just truly taught me how to work under pressure.

Like, I left Kelly [Rowland]’s skirt one time on the airplane and the concert was in an hour and 20 minutes and it’s like, OK, she’s still got to go out there. So just learn how to take a tablecloth or a curtain and make it work.

Ms. Tina and I styled Liza Minnelli once for this show that she had on VH1 with her husband. [The show] didn’t come out but I was so ready to be on point with everything and she was like, ‘No, honey, just safety-pin this bra to these Spanx.’ This was something we would do as a quick thing before [that sort of shapewear] was developed. That helped me to see that it’s about getting it done. It’s OK to rig things up as long as what the crowd sees is great.

Did you know when you and Tina Knowles put Beyoncé in denim shorts and a white tank top, it would be so iconic now?

I know and that’s the thing. Because everything we were doing was so big and so avant-garde at the time, we were like, let’s just start small and let it swell. I just know that was, still to this day, one of my favorite looks because it was so stripped-down.

We just want to be able to have the fans be able to copy and emulate certain things. That’s how that kind of started because every kid couldn’t go out and get the high-end designers. It ended up being timeless because everyone could actually do it, it was affordable. The cool thing is a lot of people are just learning that that tank top had rhinestones on it.

Yes, the whole thing is rhinestone, but it didn’t really show as much as on the video as when I did the behind the scenes for [her Pepsi commercial]. I talked about it and showed it, people were like, ‘Oh, my God, I didn’t know.’

What do you look for in clients when you begin your professional relationship?

I say all the time we’re not born with clothes on. So your first outfit is your skin. I make it a point to just get to know my client: what their do’s and don’ts are, what their insecurities are, and get them to a place where they don’t even think about that to build confidence.

You can see someone like Lady Gaga out with a meat dress on and it’s, like, you have to have the confidence to pull that off. So getting my clients to a place of just loving themselves. Because at the end of the day, you’re not gonna be able to please everybody, so you have to please yourself. Once you and that person in the mirror is like, OK, it’s a go, it’s a go.

How does it feel seeing the way [actor] Billy Porter’s red carpet looks are always breaking the internet?

I feel good because he’s happy and really is so inspiring. The fact that everything started happening for him in his 50s and I just turned 50 in August. To work with someone of his stature and with his work ethic. I joke with him because I came in thinking, oh, he’s an older man, I can go at a good pace, but, hell, I started with him during the pandemic and worked so much. I’m like, this is almost a Beyoncé schedule. It feels good because he loves fashion and as much work as it is, it’s easier because he lets me do whatever I want to do and he’s not afraid to go there. So, it’s a fun gig.