Carmelo Anthony joins in on the ‘SING’ fun for the holidays

The Knicks guard hosted a private screening before the movie debuted

Christmas time is here. Family may be visiting and children are likely bouncing off the walls. Movie time at home may be a good thing to do but if you’re like NBA star Carmelo Anthony, you’ll want to go out to the theater.

The New York Knicks guard hosted a private screening on Monday of Illumination’s new animated film SING, which debuted on Wednesday at the Regal E Walk Theater in New York on behalf of the Carmelo Anthony Foundation.

SING cast member and Saturday Night Live’s Jay Pharoah, who also plays Meena’s (Tori Kelly) grandfather, also made an appearance at the screening, where both he and Anthony introduced the film to the children of the foundation.

SING is an animated musical about five animals — a mouse, an elephant, a pig, porcupine and gorilla – that all enter a singing competition. It’s staged by a koala that wants to save his theater, which has fallen on hard times. An eternal optimist, and a bit of a scoundrel, he loves his theater above all and will do anything to preserve it. Facing the crumbling of his life’s ambition, he takes one final chance to restore his fading jewel to its former glory by producing the world’s greatest singing competition. 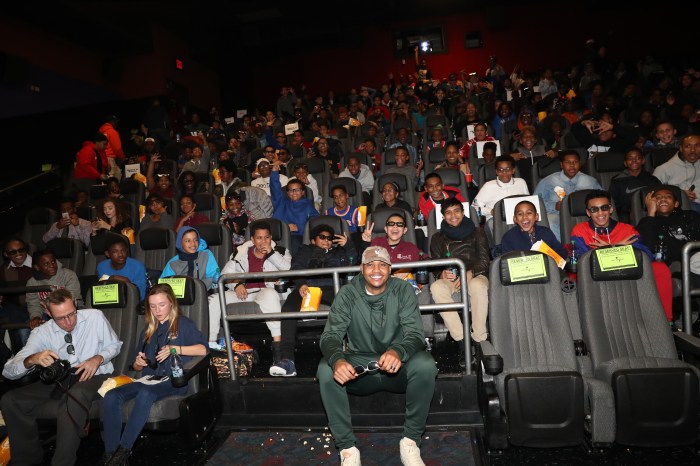 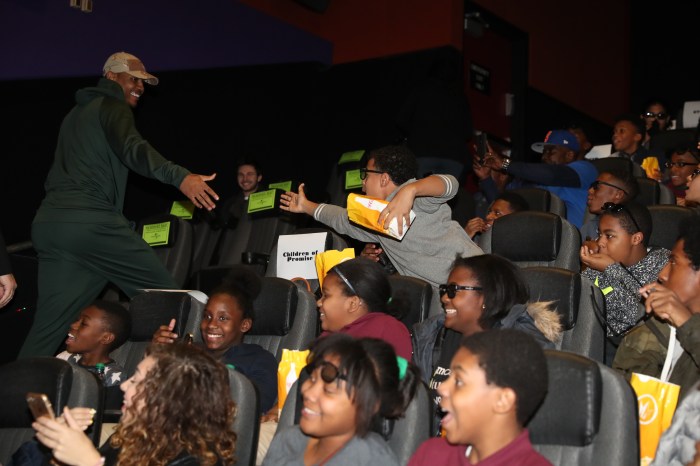 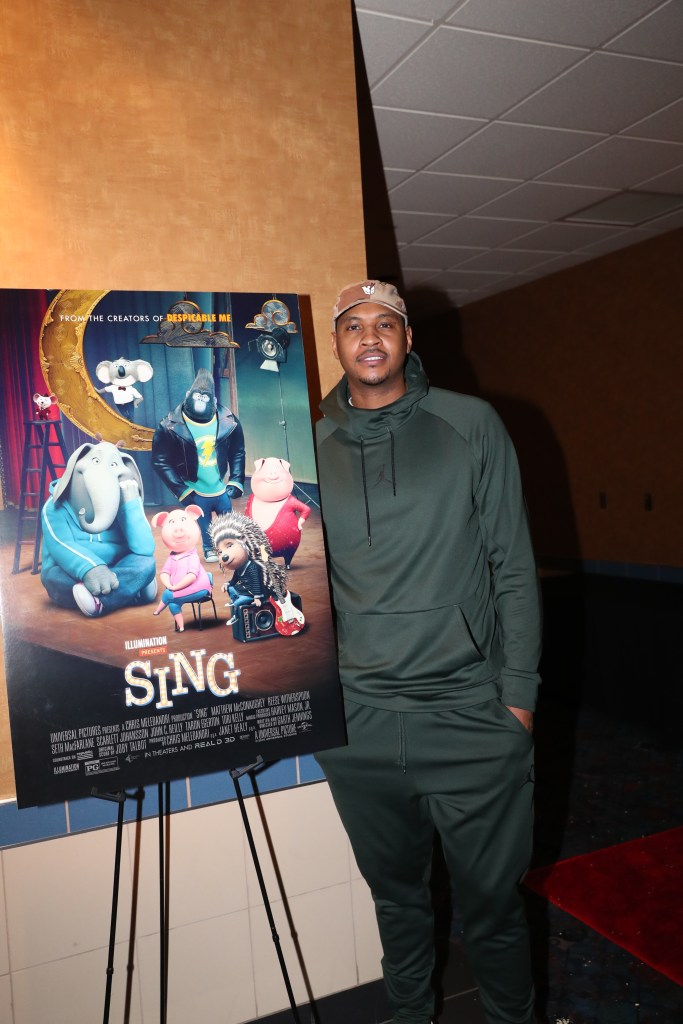 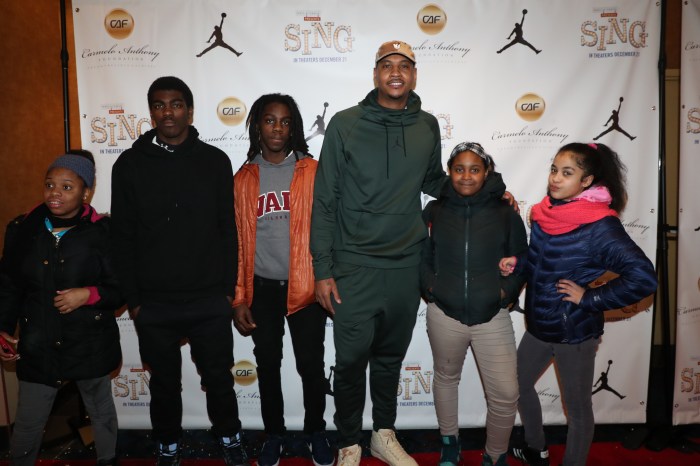 The film is a feel-good, light-hearted movie that’s debuting just in time for Christmas with great music from its 23-song soundtrack including Faith, performed by Stevie Wonder and Ariana Grande, and Golden Slumbers, performed by Jennifer Hudson. The star-studded cast includes the voices of Matthew McConaughey, Reese Witherspoon, Scarlett Johansson and Seth MacFarlane.

On Dec. 17, singer/songwriter and Real Housewives of Atlanta cast member Kandi Burruss also hosted a private screening for her Kandi Cares Foundation at the Regal Atlantic Station in Atlanta.