Cam Newton said something stupid and other news of the week 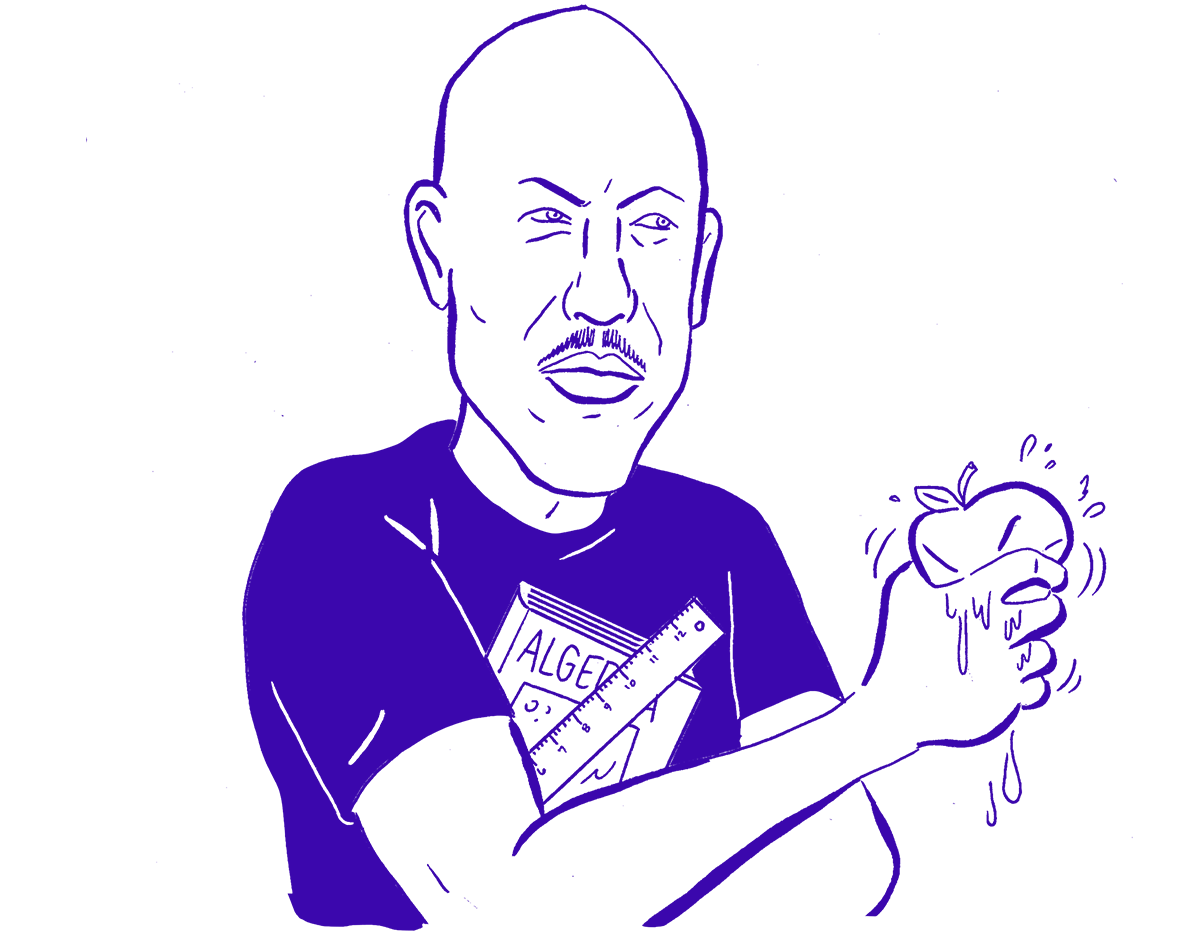 A former South Florida plastic surgeon, who in 1998 was placed on probation by Florida’s health department for a botched penis enlargement procedure, didn’t let his reputation get in the way of being sentenced to 44 months in prison for a failed butt lift. Big Baller Brand owner LaVar Ball, an expert in basic economics as evidenced by offering a $495 basketball shoe, is pulling his 16-year-old son LaMelo Ball out of high school and will homeschool him. Former 10-day White House communications director Anthony Scaramucci launched a social media-only news company that “doesn’t have reporters or staff” and will “100% be getting things wrong” sometimes. The white New York police officer who mistakenly tackled black former tennis player James Blake but was not fired is suing Blake for defamation for being “cast as a racist and a goon.” The lawyer for O.J. Simpson called the Florida attorney general “a complete stupid b—-” and said “F— her” after the woman petitioned to deny Simpson a transfer to serve parole in Florida following his release from a Nevada prison. Rock musician Tom Petty died, then didn’t die, and then died again. One member of country act the Josh Abbott Band finally supports gun control legislation after being affected by a gunman killing 59 people and injuring another 500 at the Las Vegas music festival where he and his bandmates had performed. Hours after the Nevada shooting, former boxer George Foreman challenged actor Steven Seagal to “one on one, I use boxing you can use whatever. 10 rounds in Vegas.” 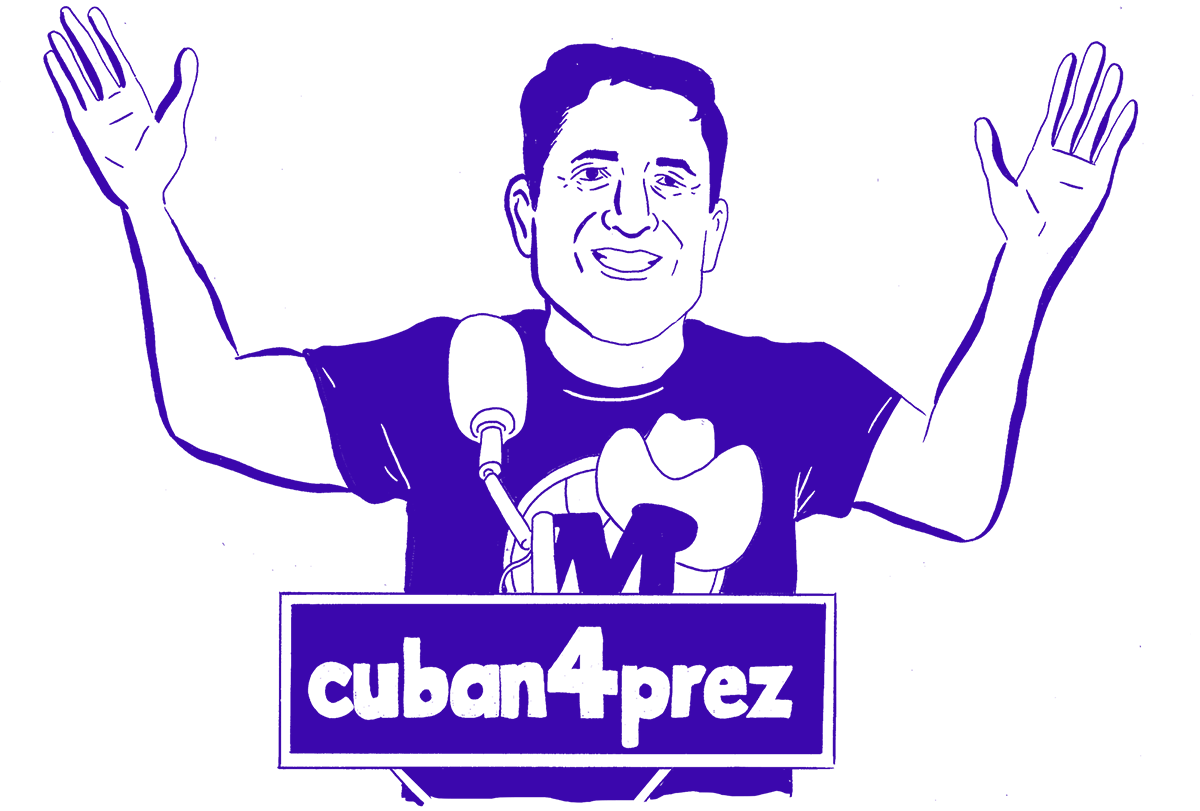 President Donald Trump threw paper towels at hurricane victims in Puerto Rico. The Tennessee Titans, in need of a mobile quarterback following the injury of starter Marcus Mariota, signed a quarterback not named Colin Kaepernick. Florida Sen. Marco Rubio, who has obviously never seen an episode of Game of Thrones, a show about terrible war strategies, said, “If I’d have watched [Game of Thrones] two years ago, I would’ve been president. … It’s got a lot of good strategies.” The NBA found a way for former teammates LeBron James and Kyrie Irving to not have to play together for the Eastern Conference during February’s All-Star game. Proving that the office of the president of the United States is now a joke, Dallas Mavericks owner Mark Cuban said he is “considering” running for president. The CEO of HBO, a network that will spend a reported $15 million per episode of the final season of Game of Thrones and greenlit Confederate without seeing a script, said “more is not better” in response to streaming competitor Netflix’s plan to spend $7 billion on content next year. Three billion Yahoo accounts were breached in 2013, exposing names, email addresses and passwords; roughly 100 people were actually affected. Rep. Tim Murphy (R-Penn.), who allegedly asked his mistress to abort their love child, voted for a ban on abortions after 20 weeks. 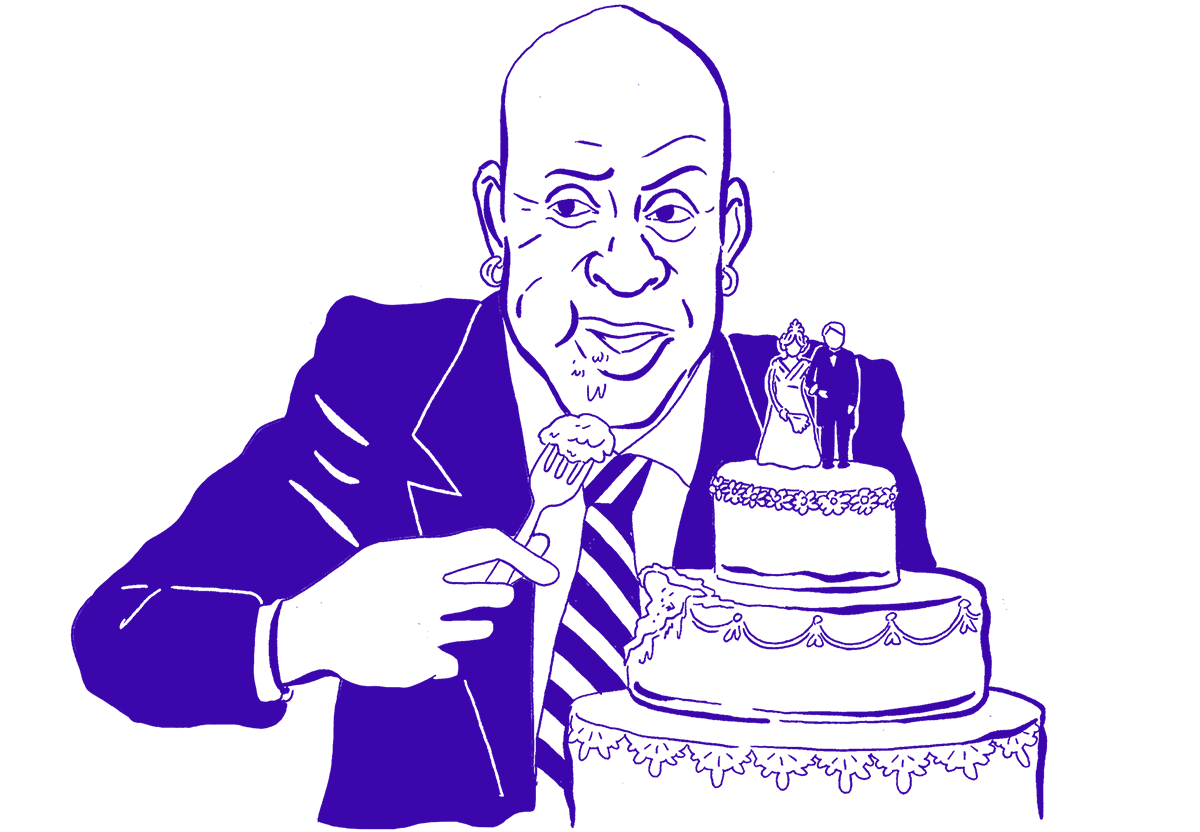 Murphy plans to retire at the end of his term. Based on, you guessed it, emails. Ivanka Trump and Donald Trump Jr. were almost criminally indicted in 2012 until Donald Trump’s lawyer donated $25,000 to the re-election campaign of the Manhattan district attorney. Secretary of State Rex Tillerson, according to NBC News, called Trump a “moron” during a meeting at the Pentagon in July; Trump denied the report and tweeted that NBC News “should issue an apology to AMERICA!”; an MSNBC reporter then clarified that Tillerson called Trump a “f—ing moron.” Hall of Fame receiver Jerry Rice crashes weddings in his free time, sometimes “cutting a rug,” including to rapper Too Short’s “Blow the Whistle.” Former Los Angeles Lakers forward Lamar Odom said he “woulda put my hands on” D’Angelo Russell after the former Lakers guard surreptitiously recorded teammate Nick Young admitting to cheating on his ex-fiancee Iggy Azalea. Former NHL forward Jiri Hudler, while on a flight to the Czech Republic, allegedly solicited cocaine from a flight attendant, threatened to kill her when she refused, eventually ingested cocaine in the plane’s bathroom, and then attempted to urinate on a food court; Hudler denies the allegations. 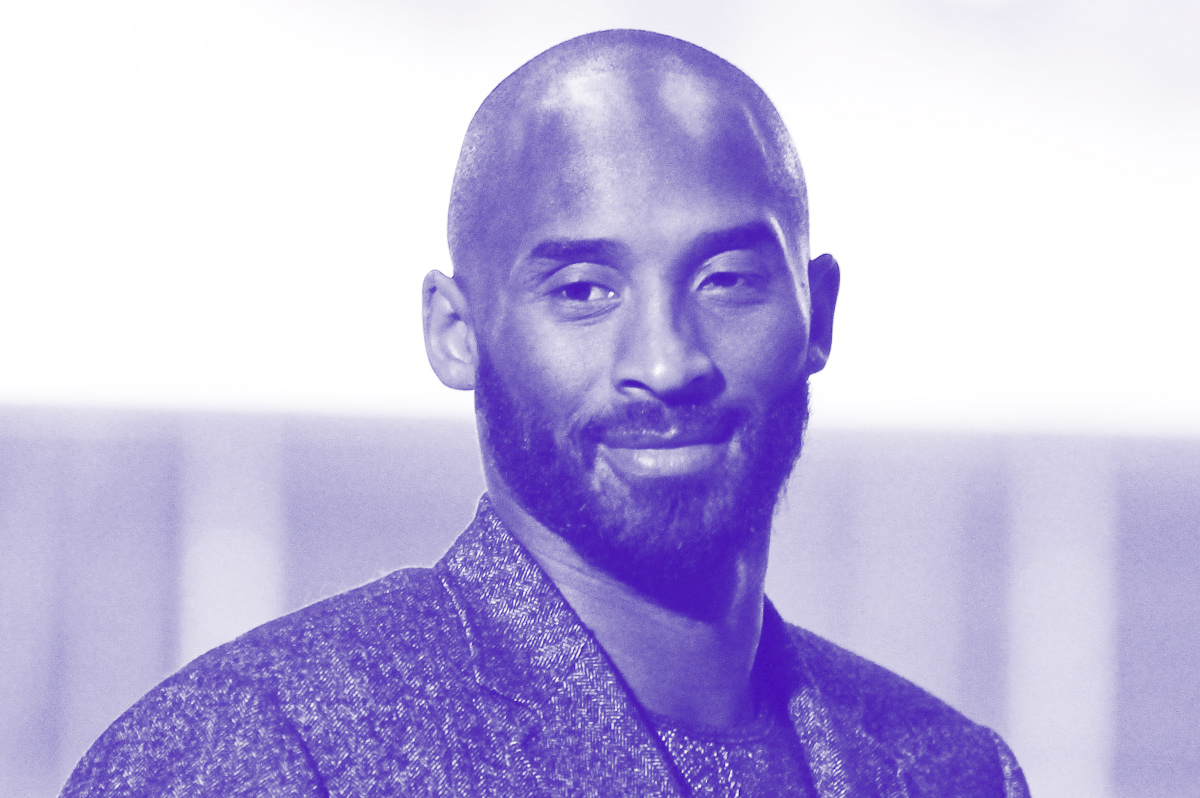 Murphy resigned. NFL spokesman Joe Lockhart, responding to an incident involving the Washington Redskins and a racial slur, said “we have no tolerance for racial remarks directed at anyone in an NFL stadium.” Carolina Panthers quarterback Cam Newton lost a yogurt sponsorship because he just had to get some jokes off. Former Los Angeles Lakers guard Kobe Bryant, conveniently retired, said if he were playing today he would “kneel” for the national anthem. Following an “offensive” performance at a Roman Catholic college, comedian Nick Cannon said he “ain’t apologizing for s–t”; the university’s president, winning this war of words, said the school had hoped to get the “NBC or MTV version of Mr. Cannon.” Former New Jersey Nets forward Kenyon Martin said there would have been no way current Brooklyn Nets guard Jeremy Lin, who is Chinese, “would’ve made it on one of our teams with that bulls— on his head” in reference to Lin’s dreadlocks hairstyle; in unrelated news, Martin, who is black, has Chinese symbol tattoos. The St. Louis County Police Department, following a lab test, concluded that bottles labeled “apple cider” were in fact apple cider and not “unknown chemicals used against police.” A Baltimore high school was evacuated due to a possible “hazardous substance” found in the building; the substance was a pumpkin spice air freshener. 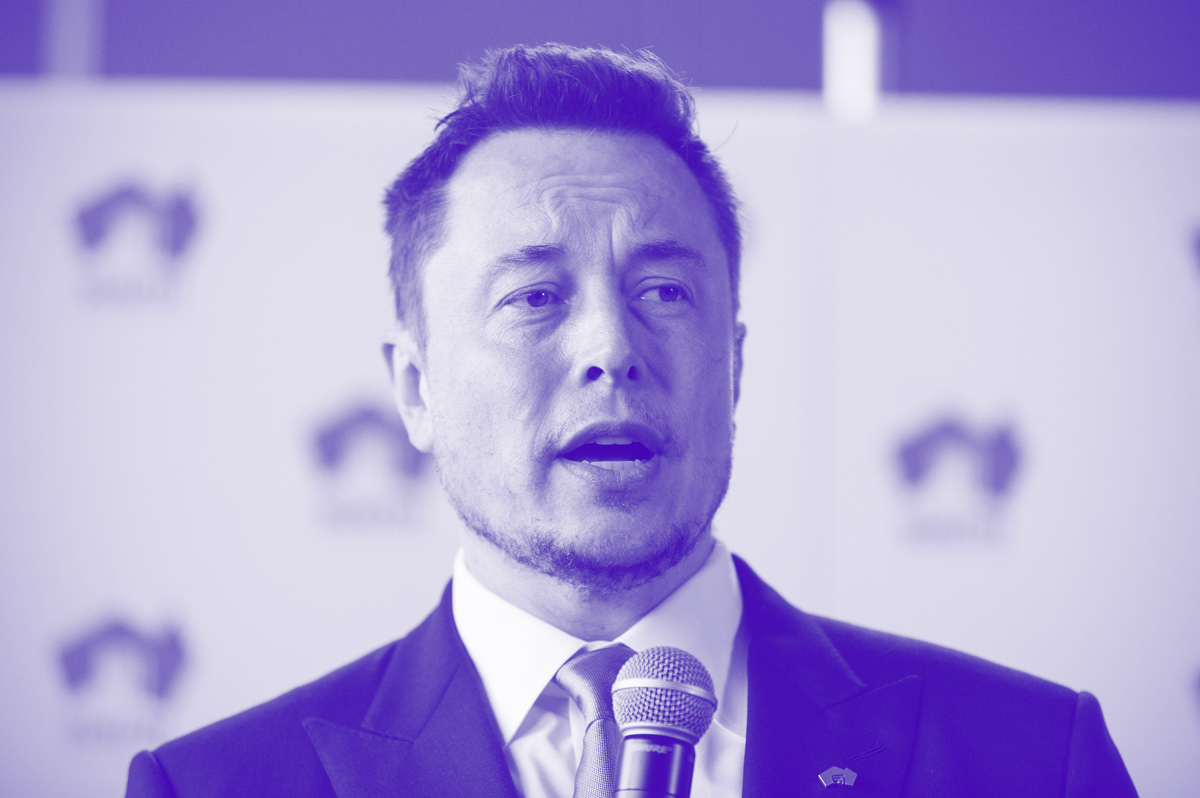 Not to be outdone by Yahoo, AOL announced that its 20-year-old instant messaging program, AIM, which was apparently still in operation, will be discontinued in December. Los Angeles Lakers center Andrew Bogut, who last year pushed the conspiracy theory that Hillary Clinton was running a child trafficking ring out of a Washington, D.C., pizza joint, said “there are bigger issues … rather than focus on this stupid political s—.” Tesla CEO Elon Musk, who has followed through on roughly zero of his big promises, says he can bring power to Puerto Rico in the aftermath of Hurricane Maria. In a development that surely has D.A.R.E. shook, marijuana sales led to $34 million in funds for Oregon public schools. Former White House press secretary Sean Spicer, who said last month that he doesn’t believe he ever lied to the public, accused The Washington Post of intentionally not publishing a story about famous Democratic donor Harvey Weinstein on its front page for a story The New York Times broke. Despite (alleged) white supremacists (allegedly) infiltrating the White House, white supremacists killing a woman in Charlottesville, Virginia, and a reported increase in hate groups since November 2016, the FBI says the group that poses the greatest threat to law enforcement are “black identity extremists,” who don’t actually exist.