Cam Newton and the Patriots — what’s not to love?

The headscarves. The spectacles. The fedoras. The paisley prints and Easter Sunday pastels. Selfishly, we long to see it all again.

That tableau of textures, woven together by a mad scientist of creative expression and unwavering self-assuredness. We cling to the hope that the NFL’s most flamboyant fashion-forward quarterback will soon showcase his signature moves on the field again, before treating us to an encore presentation of anticipated flair in his postgame press conference.

Because let’s face it: Sundays without a healthy Cam Newton are no fun at all.

Fortunately for us all, the seemingly forgotten man finally has a new home.

In, of all places, Foxborough, Massachusetts.

As if we needed any more proof of 2020’s mind-bending unpredictability, the Hooded Wonder, Bill Belichick, and the babushka-wearing Black quarterback are one of the wildest pairings of this NFL offseason.

You love to see it.

It’s an intriguing move, not only from a football aspect but because of everything Newton brings with him. Unquestionable talent. A set of health concerns. And uncompromising self-confidence. 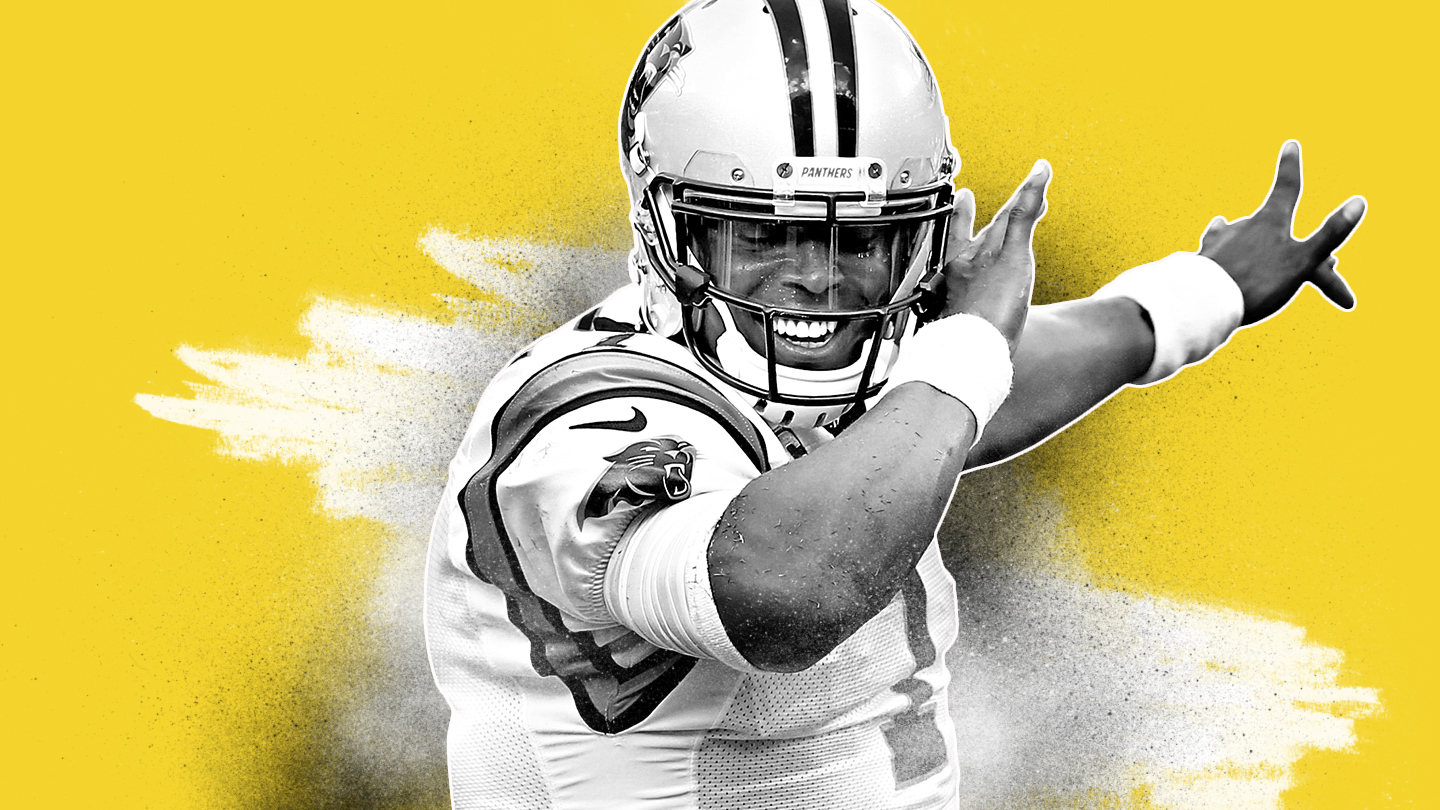 Newton is his own man. A man who, after getting released from the team that drafted him No. 1 overall in 2011, has a clear path to a starting job again. That is, if he can outshine veteran Brian Hoyer and second-year quarterback Jarrett Stidham, the ultimate unknown and once-presumed heir apparent to Tom Brady. The optics of “Killa Cam” — an unabashed lover of hieroglyphic social media fonts, cropped pants and neckties — teaming up with tight-lipped Belichick is almost too delicious a scenario to have believed prior to Newton’s March release from the Carolina Panthers.

Another aspect of this arrangement that bears watching: The 31-year-old will now be suiting up for a team that plays roughly 30 miles from Boston, an area not historically known for its racial tolerance.

Anecdotes of prejudice abound from all professional corners — athletes, celebrities, comedians and reporters alike (including ESPN’s own, Michael Wilbon and Elle Duncan) — that cite the city’s long-standing issues with racism. It’s a reality that even the Boston Red Sox had to publicly acknowledge earlier this month.

At this volatile tipping point in time — when America feels like a powder keg of political unrest and venomous divisiveness — Newton could emerge as the first Black quarterback in the New England Patriots’ 60-year existence to begin the season as the Week 1 starter. (Note: Third-string backup Jacoby Brissett, who also is Black, started in Weeks 2 and 3 of the 2016 season while Brady was serving his four-game suspension for Deflategate.)

Few can deny that the Newton signing makes complete football sense for New England. The one-year, heavily-incentivized $7.5 million deal, which was first reported by Adam Schefter and Chris Mortensen, is a low-risk, potentially high-reward move for a franchise looking to turn the page on the Brady era while keeping its stronghold on the AFC East. Yet there’s a cruel caveat that hangs in the air like a dense fog, obscuring the optimism surrounding Newton’s much-anticipated arrival in Foxborough.

Newton, we know, could be a problem for the rest of the AFC. That is … if he’s healthy.

Questions surrounding his surgically repaired right shoulder and his Lisfranc recovery were only compounded by the coronavirus restrictions that kept him grounded and unable to meet face to face with team doctors. After being limited to only two games in 2019, he then waited three months for a team to express serious interest in his services. But despite Newton’s paltry stats due to recent injury – 3,967 passing yards, 24 touchdowns and 14 interceptions combined over the past two years – several league talent evaluators believe the Chicago Bears (who signed Nick Foles to compete with embattled incumbent Mitch Trubisky) and the Jacksonville Jaguars (who added Mike Glennon to a quarterback room featuring starter Gardner Minshew and backup Josh Dobbs) will most regret not taking a chance on the NFL star whose dual-threat ability and Superman celebrations made him a household name.

Belichick’s system is predicated on versatility and variety, while offensive coordinator Josh McDaniels’ scheme relies on a short-to-intermediate passing game. Adjusting to a new offense, during a pandemic-shortened offseason, certainly isn’t the easiest hurdle to clear. But again, if healthy, Newton is the clear front-runner for the job and his coaches will look to take advantage of his running ability.

There’s no blueprint for replacing a fixture such as Brady, a six-time Super Bowl champion and arguably the greatest and most accomplished quarterback the game’s ever seen. But a fully healed 6-foot-5, 245-pound Newton does possess traits that Brady, now the Tampa Bay Buccaneers’ potential savior, never had: A dazzling ability to freestyle in traffic and escape pressure with ease. And Newton’s presence in New England — again, if completely healthy — immediately raises expectations and intensifies the pressure on both coach and quarterback.

Belichick, noted rocker of cutoff sweatshirts, and Newton, noted donner of cutoff suit jackets, each have something to prove in 2020. Faced with a new-look team and the glaring absence of Brady, the football world wants to know if the genius coach can win another Super Bowl without the G.O.A.T. by his side. And many are eager to see if this one-of-a-kind quarterback can come close to his 2015 form.

The only way this alliance backfires is if Newton’s personality proves incompatible with his irascible new head coach. But Belichick has welcomed plenty of big-time stars and characters into his locker room before. So don’t expect a major personality clash to derail a potentially good thing. This move makes too much sense for the Patriots to fail.

Newton — who won a Heisman Trophy as well as Offensive Rookie of the Year (2011) and NFL MVP honors (2015) — could become the first Patriots starting quarterback, since 1993, who wasn’t drafted by the organization. And if the 2020 season plays out the way he hopes, he could add Comeback Player of the Year honors to his decorated resume as well.

Time isn’t necessarily on the side of the 10-year veteran, who joins a quarterback room featuring two competitors already versed in The Patriot Way. But the prospect of a healthy Newton competing for, and potentially winning, the starting gig is an outcome that should intrigue most fans. Especially those in New England, who have never witnessed the full Cam experience up close.

His palpable love of the game.

His dogged determination to silence his critics.

And his occasional headscarf or boater hat during a postgame press conference.

Tell me: What’s not to love here?

Kimberley A. Martin covers the NFL for ESPN.