Cade Cunningham diary: ‘I want to be a superstar in the league’

He talks about the progress he’s made this season, his connection with Saddiq Bey and finding good eating spots in Detroit

Through the course of this rookie diary, the 20-year-old will take the reader through the triumphs, challenges and fun that come with being the top pick on and off the court and his quest to become the 2022 NBA Rookie of the Year. Not only is the Arlington, Texas, native a potential NBA star, but he is also the father of a 3-year-old daughter and the MVP of the 2022 Rising Stars Challenge.

The former Oklahoma State star spoke on Tuesday with Andscape for his sixth rookie diary entry.

“I feel like there’s some narrative going out that I just started hooping after the All-Star break when I feel like I’ve been hooping.”

It’s been a good rookie of the year race so far. I love how my rookie class has been playing this whole season. We’ve really shown we’re one of the top classes. We had one of the best high school classes coming out [in 2020]. We were a really good draft class and we’ve been living up to that for our first year, so it’s been a lot of fun. But I still feel strongly about who I am and where I stand in that race. And I know a lot of people want to write me off over the first couple games I had. But it is what it is. I can just control what I can control now and keep trying to prove who I am.

I’ve definitely learned a lot this season from losing, especially from the overall feeling of when we went on a [14-game] losing streak that was crazy earlier on in the season. And we’ve also felt what it’s like to win a couple games. The feelings are two polar opposites. And I know what side of the fence that I want to be on and I’m ready to be great in this league. I want to be a superstar in the league. You can’t do that by losing. So, I have a lot of motivation and it just starts with winning games and being great.

‘Throughout the season, I’ve shown who I am. But now, every game, I feel like I can impose myself on the game how I want to.’

Me and Saddiq [Bey], I feel like we really connected with each other on a competition level. We both really want to win, and we want to compete. We don’t want anybody to get the better of us on any possession. There is pride that we have in playing hard. And being who we are, it’s refreshing to be around him as much as I am. So, I love the dynamic that we have, and we’re going to win a lot of games together. Man, that was incredible seeing Saddiq score 51 [against the Orlando Magic on March 17]. I was sitting on the side watching that game because I felt horrible [with a non-COVID-19 illness]. But I felt a lot better after watching that game. It was fun to watch.

Going into the All-Star break, I feel like it was a cool time to kind of get away and get a break from the Pistons a little bit. But I was also superexcited to get back with the Pistons because I felt like we were figuring some things out. Everybody was on the same page, and I was in rhythm. Throughout the season, I’ve shown who I am. But now, every game, I feel like I can impose myself on the game how I want to. And so, there was a change in mindset where I feel like I confirmed that to myself. And from that point on, it was just about staying consistent and wanting to play hard, wanting to impose who I am on every game. 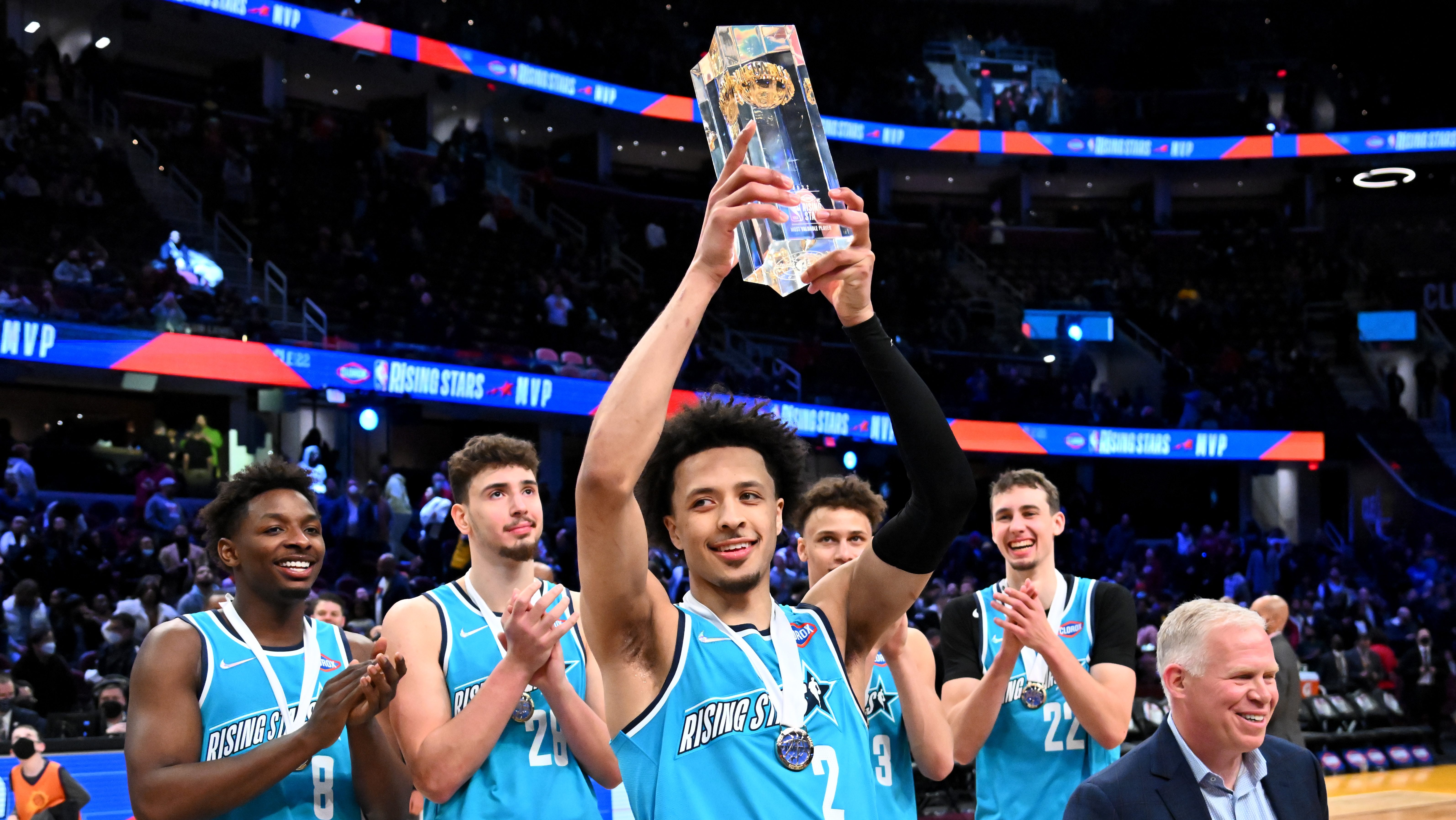 Cade Cunningham rookie diary: ‘To win that during my first time on this stage is huge for me’Read now

After [the] NBA All-Star break in Cleveland, I went back to Detroit and chilled out. I didn’t do nothing. I was going to make some moves, but I just wanted to chill at that point — more than anything, I wanted to relax and Cleveland’s far from everything. I wasn’t going to be able to hit a beach or [a vacation spot] in that time and actually have time to enjoy it, so I just went back to the house.

My team winning the Rising Stars Challenge was the highlight of All-Star Weekend for me, and then winning MVP was the cherry on top. Playing against Saddiq and Isaiah [Stewart] in the championship game was really cool. And anytime I’m around all my guys I know from growing up in grassroots [basketball], I like that. Anytime I’m around all of them, it’s always good, so I had a lot of fun pretty much all weekend. I got the MVP trophy at the house now. But I was talking about putting it up in the locker room early on. I didn’t bring it to the locker room because I didn’t want it to get vandalized.

“I’ve heard so many more things that are cons instead of pros about meat that it’s not really very appealing to me anymore.”

I still haven’t explored Detroit, but once the season’s over with I definitely will. I’m still in my routine at the crib when I can be home. I definitely want to get on the restaurant scene. See what the food is all about here. I’ve heard of a bunch of spots that I need to try. So, I will definitely go find some good food. That’s all I need here, a good spot to go eat. I did go to Prime + Proper [in Detroit]. I just wanted a safe spot. They got a couple vegan things. I went to 220 Merrill. Sabor [Mexican & Mediterranean] is a really good one.

I got a chef right now that’s been amazing for me, so I’m at the house eating a lot. Pasta. I had [veggie] burgers [Monday] night. I like most comfort food. She makes it vegan and really well. So, being able to have comfort food, everyday food, and the way she makes it vegan, I don’t have to worry about anything when I’m home. I couldn’t ask for nothing else. She’s making mac and cheese. Pizza. She is making everything.

As a vegan, I don’t have the desire to eat meat anymore. I’m at the point now where it’s almost unappealing. I’ve done a lot of research and stuff on veganism. So, at this point, I’ve heard so many more things that are cons instead of pros about meat that it’s not really very appealing to me anymore. It’s actually crazy. I feel like I could eat less now as a vegan. My stomach has shrunk a little bit to where I don’t need as much food just because my body can use all the food that it eats. 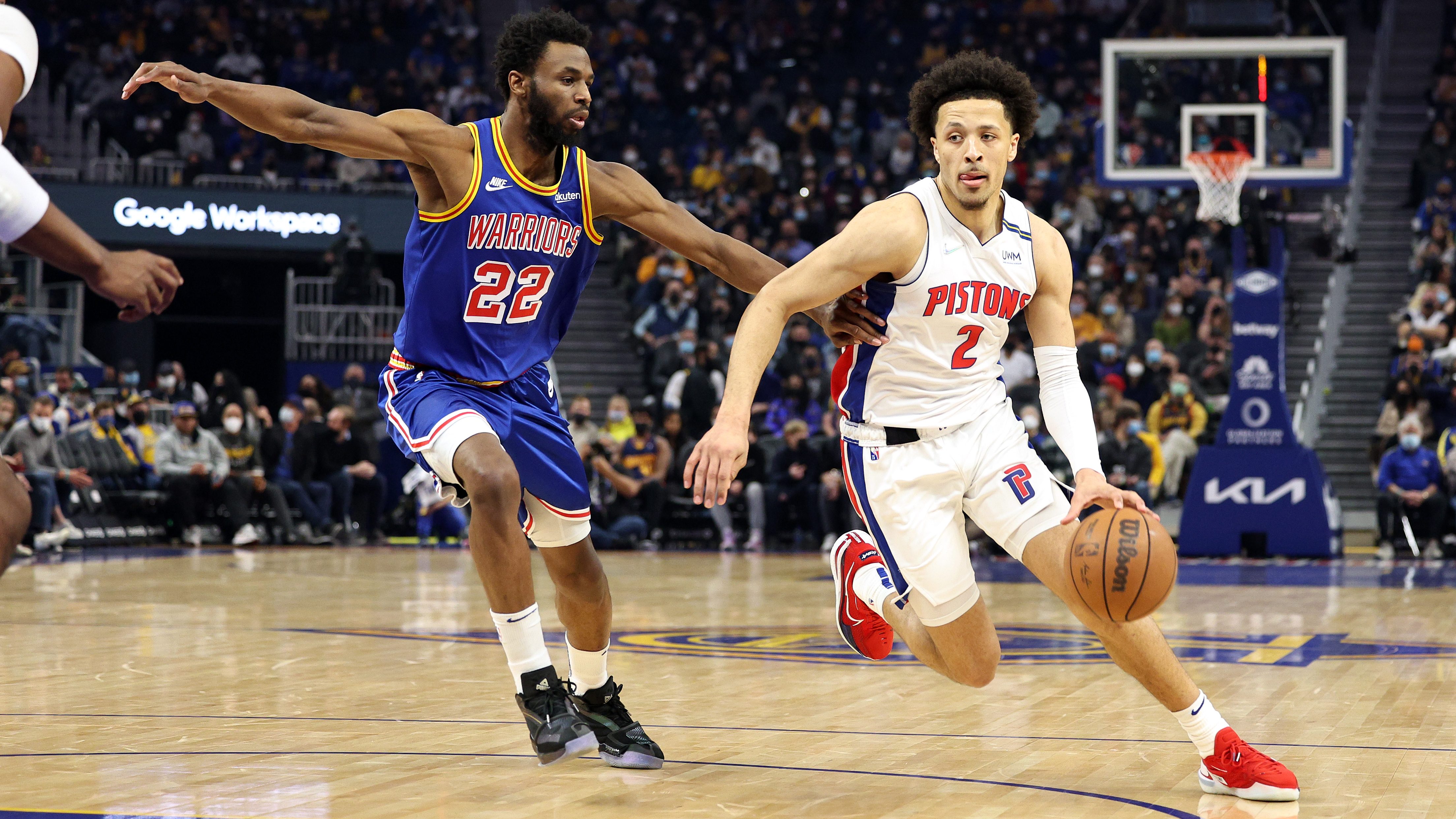 It’s been a cool NCAA tournament so far. I’ve watched multiple games. I just watched the TCU-Arizona game, which was a really good one. Saw my dog [TCU guard] Mike [Miles] not get a foul call at half court [at the end of regulation]. But overall, it’s been a lot of fun watching the games. And there’s some really good teams out there playing hard, so it’s been fun. I love the tournament. It’s a good time of the year. It’s a lot of good basketball on.

I look back on when I was with [4-seed] Oklahoma State last season, we lost the game [to 12-seed Oregon State] that we should have won. That’s a feeling you’re going to forever remember, but it is what it is, man. I’m with the Pistons now. I got other fish to fry.