WeBuyBlack.com gets noticed in France as part of a developing trend

The notion of circulating black wealth within the black community is nothing new. It’s simply black capitalism – a way to build wealth in the black community by encouraging black people to spend their money with black entrepreneurs and businesses. It was encouraged by leaders such as Booker T. Washington and Marcus Garvey. Garvey believed economic success was the quickest and most effective way to independence. He even purchased ads in local newspapers during the early 1900s to encourage the practice. 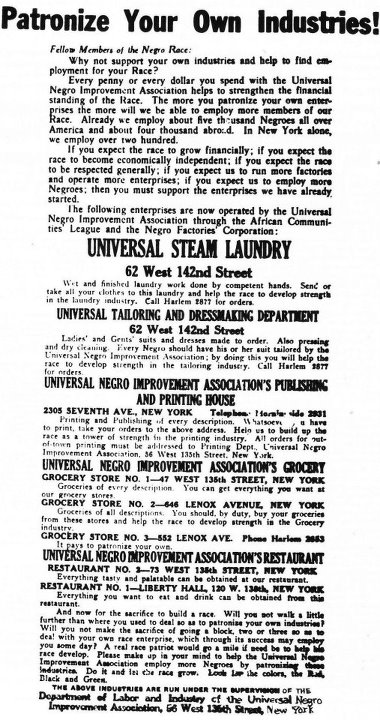 Because of higher than the norm poverty and unemployment levels among African-American and many high-profile police-shootings of black men, several new-age activists are resurfacing the notion to push the movement forward as a form of economic protest. The advocacy action has gained the attention of French news outlet France 24. The media outlet recently covered WeBuyBlack.com founder Sharif Abdul-Malik and the Buy Black movement spreading across the United States.

The call to action comes at a time when the spending power in the black community is increasing faster than in any other minority group, but is not being spent within the community.

“It just proves that what we are doing has a major impact,” Abdul-Malik said of the international news coverage.

“Other communities have a history of supporting each other and using their own small businesses to stimulate their own economic growth,” Abdul-Malik said. “In the black community, a dollar only circulates for six hours. Compare that to some Asian communities, where the same dollar can circulate for up to a month. When you look at it that way, it’s no wonder why we’re not getting ahead like we should.”

Abdul-Malik created the online platform that sells everything from toilet paper to skin lotion, all produced by black-owned companies. The 24-year-old change maker says his work will have a similar impact on future generations of African-Americans.

“I really think it’s a natural complement to the Black Lives Matter movement. At WeBuyBlack, we like to say Black Dollars Matter, because when we can learn to use our resources strategically, we can make a bigger impact at home and out in the world.”

Consumers have had issues finding and purchasing items from black-owned companies and according to a recent story on NPR one consumer concluded that, “black people just do not control enough resources at fundamental levels and in fundamental industries for me to make those types of [buying] decisions. That was one of the issues that I had with Buy Black, is that it really, really stressed the buying part and the consumerism part, and not the owning and producing part.”

The movement to #BuyBlack and #BankBlack has been advancing with the help of celebrities and it continues to pick up steam.