The 12-time All-Star spoke about early-season adversity, life, and more

SACRAMENTO – The Brooklyn Nets gave up an NBA season-high in points in a 153-121 loss to the Sacramento Kings on Tuesday night. Guard Kyrie Irving remained out for the seventh-straight game during a team-imposed suspension for “harmful impact of his conduct” relating to a social media post about a book and movie containing antisemitic ideas. There is a new head coach in Jacque Vaughn early in the season. And guard Ben Simmons is coming off the bench trying to regain his lost NBA All-Star form.

​As the dust settled about an hour after the blowout for the roller-coaster Nets, 12-time All-Star Kevin Durant was at peace, sporting a smile and wearing his trademark baseball cap. He expressed his gratitude for being able to play basketball for a living.

“I’m incredible. Loving life right now. I don’t think the world understands that. Maybe I need to get miked up more,” Durant told Andscape at Golden 1 Center. “Maybe I need to have more fluff pieces written about me. Smile more in pictures. Maybe people might understand that I ain’t miserable in life. Like [TNT NBA analyst] Charles [Barkley] said I’m Mr. Miserable. I guess because I don’t [smile] enough for the cameras. But I’m doing incredible, man.”

The following is a Q&A interview with Durant in which he talks about why he remained with Brooklyn after a trade request, Irving, Simmons, life in Brooklyn, playing at Barclay Center, his focus, lack of hobbies and more.

It was a rough situation and I felt like both sides learned more about each other, so hopefully, going forward, he [Kyrie Irving] can just move on.

What are the things about life that you’re loving?

What’s not to love about this life? I’m a great player. I get up to go hoop every day, work on my game. I make a s— ton of money. I buy a lot of cool s—. I don’t understand why there’s even a question on whether I’m happy or not. I just look at the big picture of things. Obviously, basketball, I want to do well, win every game and I want s— to be perfect. But that doesn’t mean my whole life is f—ed up.

In terms of Kyrie’s suspension and situation, how has it affected you?

I think about all my teammates and how they’re doing and what they’re going through as NBA players. I want the best for everybody. Ky, the organization, I just want everything to be, all of us to be aligned. It was a rough situation and I felt like both sides learned more about each other, so, hopefully, going forward, he can just move on. We can move on, just play ball. I miss seeing him out here. I miss playing with him. But most of that stuff is out of my control, so I try not to focus on it too much. Just worry about what’s in the locker room.

You still see it working out with the Nets with Kyrie here?

Yeah. I can’t think s— ain’t working out just because we’ve been through some adversity, some bumps on the road. We just keep fighting until we can’t no more. That’s how I look at it. It’s exciting to come in every day to work to get better as a team and as an individual. For me, being a leader, it’s good to see the development of the younger guys in the league. Each game is important for us. There’s a spotlight on us because of the timing we’ve got. There is a lot to do, is we’ve just got to step up and play a different role, so I’m excited about that. Everything basketball I enjoy. It seems like regardless of what is being thrown at us [I enjoy] trying to exercise, trying to figure it out and get past it.

You had a trade request with Nets this past offseason that you pulled back. What made you want to stay, and do you still want to stay?

I just love the people in here. We had a rough season last year. A lot of ups and downs. I felt like me pressing a trade or telling how I felt about the organization, we were able to have some honest conversations on both sides. So, I think that was what we needed, and we were able to move forward. So, it was about grinding. I committed here. I signed here. So, it’s about grinding, seeing where it takes us. 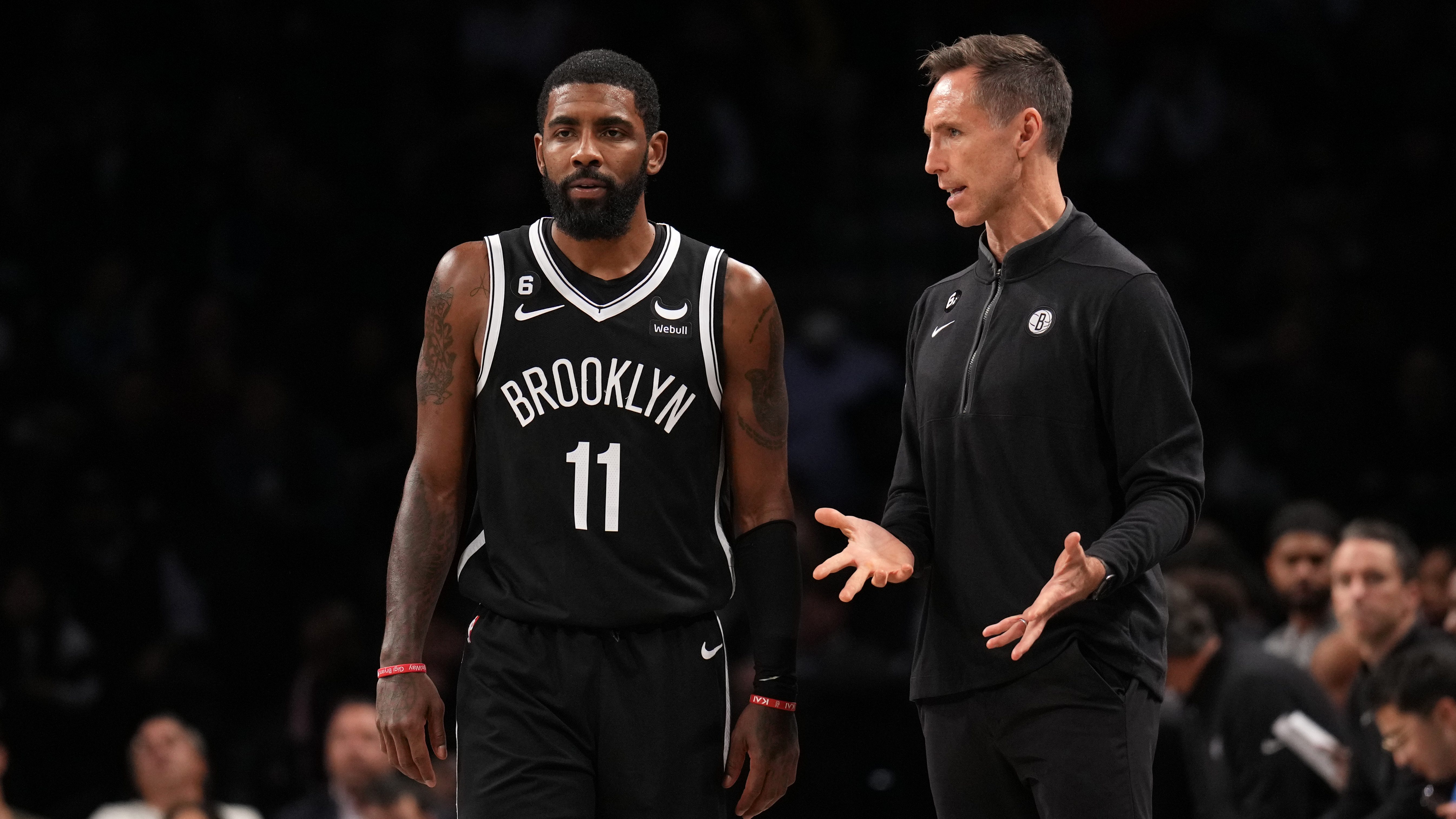 Add another chapter to the Brooklyn Nets’ history of misstepsRead now

Obviously, Ben Simmons has returned to action after a long and challenging hiatus. How do you get him to get back to the NBA All-Star he was in order to help the Nets compete for a championship?

Just keep encouraging. More than anything, that comes from within. Internally figure that out. And we can encourage and be there for him as much as we can, but it’s all about the individual and I think he wants it. So, you’ve got to be patient, but also know that there’s some sense of urgency as well. So, it’s a balance you got to have with him. But most of the time, most of it’s going to come internally.

What is your favorite pastime right now off the court? When you get away from this, what do you do?

Watch [basketball]. Talk about it. Get around the homies, talk. I don’t need something to take my mind off of basketball. I enjoy doing what I do. Everything feeds off of this. This is the source, it’s the hub. Everything that I love to do. I love other s— because I knew how to love the game first. Music, movies, all that s—, I built up a love in general just because I play basketball. So, everything I do feeds off of the game. The people I talk to, they love the game just as much as I do. And just because it’s not going as well as we want it to go, that don’t mean I need other s— to take my mind off of it. I’m totally immersed into this.

But you still have some stuff you love other than basketball, right?

Not during the season. I don’t go out. I don’t go hang out. I hang out with my teammates if we go out. But, I just love what I’m doing. Play a video game, go home, go to practice. Play games. That’s it.

Everything I do feeds off of the game. The people I talk to, they love the game just as much as I do. And just because it’s not going as well as we want it to go, that don’t mean I need other s— to take my mind off of it. I’m totally immersed into this.

Just keep at it. I feel like I’ve experienced everything. Obviously, I want to do more and more. I want to win more, and I just want to stay around. Get the most I can out of my body and my skills and whatever comes after that, it comes. But for the most part I just want to keep in it, keep showing up.

What can you still get out of Brooklyn and New York City? You’re in the biggest media market in the world. Have you squeezed that as much as you can? I assume that had to be part of the reason why you went there.

No. There’s a lot of stuff I could have done in New York that I didn’t want to do because I wanted to establish us as a basketball team first. And I like New York because of the energy around the game. People enjoy the game in its purest form. You make a good move in Barclays [Center], you’re going to hear it regardless of who did it, the opposing team, or a home team. So, I felt that’s where the game started. That’s where the soul and the spirit of the game kind of grew, is in New York. So, I feel like that every time I go to Barclays, so that’s really why I went out there.

And it’s obviously a good place to live, a media market. Me being a star in this league, I knew how much my presence there could help me do stuff off the court. But that was going to come regardless of where I’m at. But the energy around basketball in New York City, [the] Brooklyn area specifically, they’ve been rallying around who I am as a player. They have been rallying around our team regardless of what we got going on, and they appreciate what I bring. So, that’s a major part of it.