SACRAMENTO, Calif. – As soon as Ben Simmons finished his pregame workout against the Sacramento Kings, he walked behind the Brooklyn Nets’ bench to warmly visit with his “godfather” and “family.”

Sacramento State men’s basketball coach David Patrick, wife, Cassie, and daughters Bailee and Madison were ecstatic to visit with their beloved Simmons. Bailee thanked the Nets forward again for the flowers he had sent earlier that day for her 17th birthday. And for a moment, Simmons turned off the spotlight from being one of the NBA’s most questioned and criticized stars to just being Ben during his brief time with his loved ones.

“That’s family. Literally my family. That’s my godfather. Grew up with him my whole life,” Simmons told Andscape after a 153-121 blowout loss to the Sacramento Kings on Nov. 15. “So, we date back to Australia, so that was before I was born. He played with my dad. So, he was a rookie when my dad was a vet, so we’ve had that great relationship. That’s my family.”

Said Patrick to Andscape: “He’s special to me and my family because we love him whether he scores 20 points or zero.”

“He’s special to me and my family because we love him whether he scores 20 points or zero.” — David Patrick

Patrick was named Benjamin David Simmons’ godfather when he was born on July 20, 1996. Ben’s father, David Simmons, and Patrick are longtime friends dating to when they trained in basketball together while Patrick grew up in Melbourne, Australia. David Simmons, a former Australia National Basketball League star, was teammates with Patrick when they played with the Canberra Cannons during the 2000-01 season.

Patrick became like a son to David Simmons and a big brother to his children. He even lived with the Simmons family for a short time. Moreover, Patrick said, the Simmons family took care of his mother, Vicki, until she died of cancer on March 12, 2014, when he was an assistant coach at Louisiana State University.

“They have huge hearts,” Patrick said. “My mom passed away in their home. They looked after her for three months in her dying days in Ben’s old room. She died of cancer. Not many people, if any, would look after her like that. She took her last breath in the Simmons home with us.” 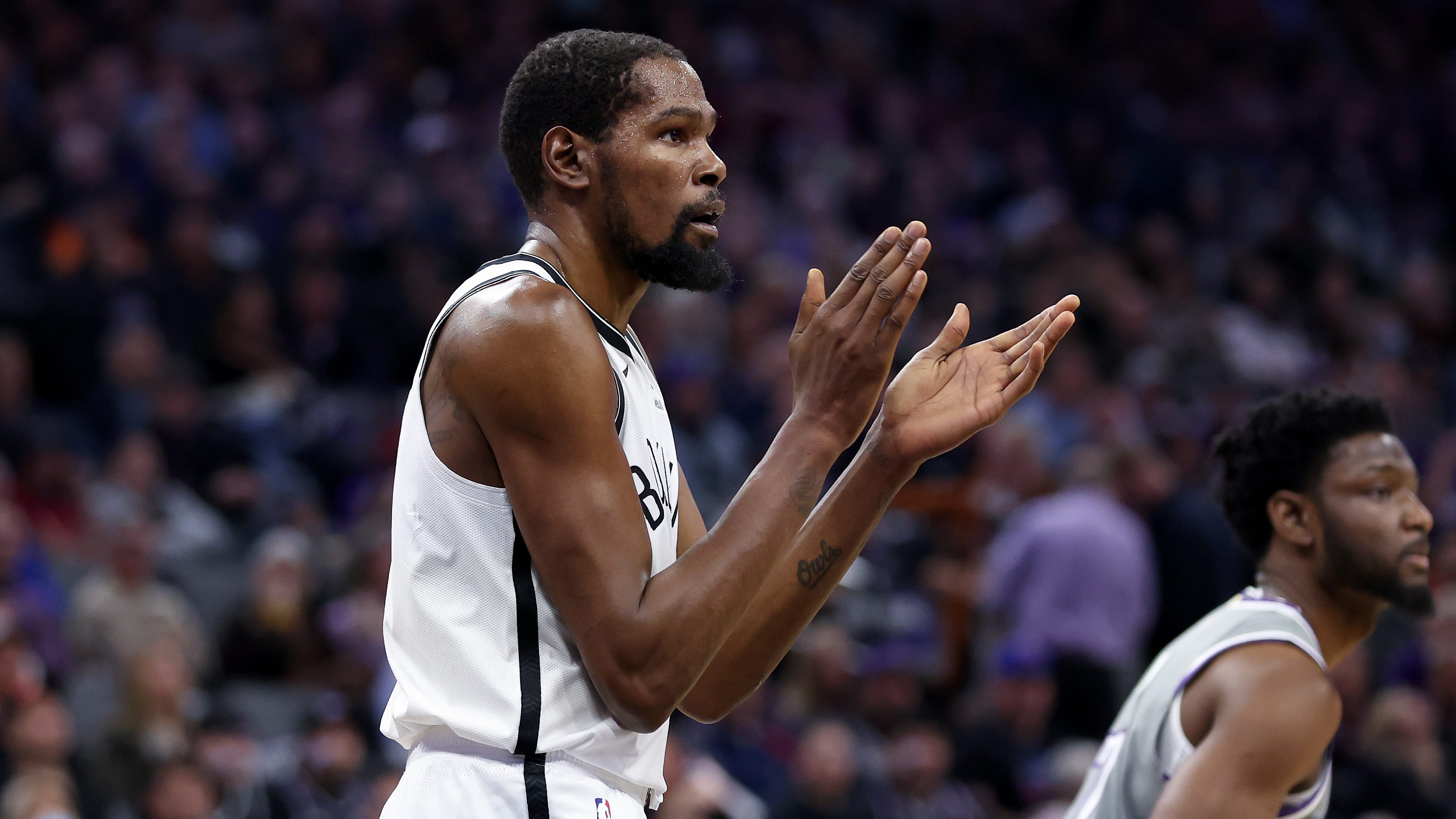 Simmons has also become a big brother to Patrick’s daughters. Simmons has known both of the Patrick girls since they were born and spent quality time with the family in Baton Rouge, Louisiana, when he played for LSU. Before the game with the Sacramento Kings, Patrick sent Simmons a video of his daughter thanking him for the flowers.

“It’s crazy cause he sent me a video right before the game of her driving. I didn’t even realize she was able to drive yet. So, to me I knew her as a little girl and seeing that was awesome. I’m seeing her growing up,” Simmons said.

Said Patrick: “She got home from school [that day] and had some flowers at our house sitting there from Ben, her godfather. The fact that he looks out for my kids is important to me and it tells everybody he’s a caring kid, man. That doesn’t always get portrayed in the media.”

Patrick recruited Simmons to play at LSU when he was an assistant coach from 2012 to 2016. Simmons played for LSU during the 2015-16 season before becoming the No. 1 pick in the 2016 NBA draft. For years, Simmons has counted on “DP” on and off the court for basketball and life advice.

“He’s just always been supportive,” Simmons said. “He’s always stayed DP. A lot of people read different things or whatever it is and might act a little differently towards me or with me. I think I need certainty. He’s always stuck with me and been DP, which I love.”

Said Patrick: “I tell him really just have fun while he’s out there playing, because I know he hears the noise, whether it be through Twitter or Instagram or whatever it is. At the end of the day, he plays the game to have fun, man. I can tell from afar, he didn’t look like he was having fun, but it seems like he’s getting back into the game.”

“I’ve been talked about by everybody in the sports world, whatever it is. So, what else is there to say?”
— Ben Simmons

Since that Kings game, Simmons does appear to finally be having fun again as he appears to have knocked off the rust of his long NBA layoff to injury and mental health.

Simmons was traded to the Nets on Feb. 10 in a multiplayer deal that also most notably sent NBA star James Harden to the Philadelphia 76ers. Simmons had asked for a trade after the 2021-22 NBA season after struggling in the second round of an Eastern Conference finals loss to the Atlanta Hawks. Outside of a brief cameo at practice in mid-October 2021 in the middle of training camp, he had not been around the Sixers and did not play in a game last season while working on mental health issues.

The 6-foot-11, 240-pounder’s will to play basketball has been regularly questioned in the media and the questions increased as he struggled in October, averaging 6.2 points in six games while citing knee and back issues.

“There’s always so much to listen to,” Simmons said. “I’ve been talked about by everybody in the sports world, whatever it is. So, what else is there to say? Keep talking and, obviously it means something, but I feel like people just, they only keep talking cause they know where I can get to and where I can be. So, I appreciate it.”

Said Patrick: “I do believe Ben will get back to where he was consistently soon. He’s only 26. He’s an elite athlete and player. Sometimes people forget how special he is for his size and age. He has winning DNA that doesn’t always show up on a stat sheet in terms of points. Making your teammates better is a skill.” 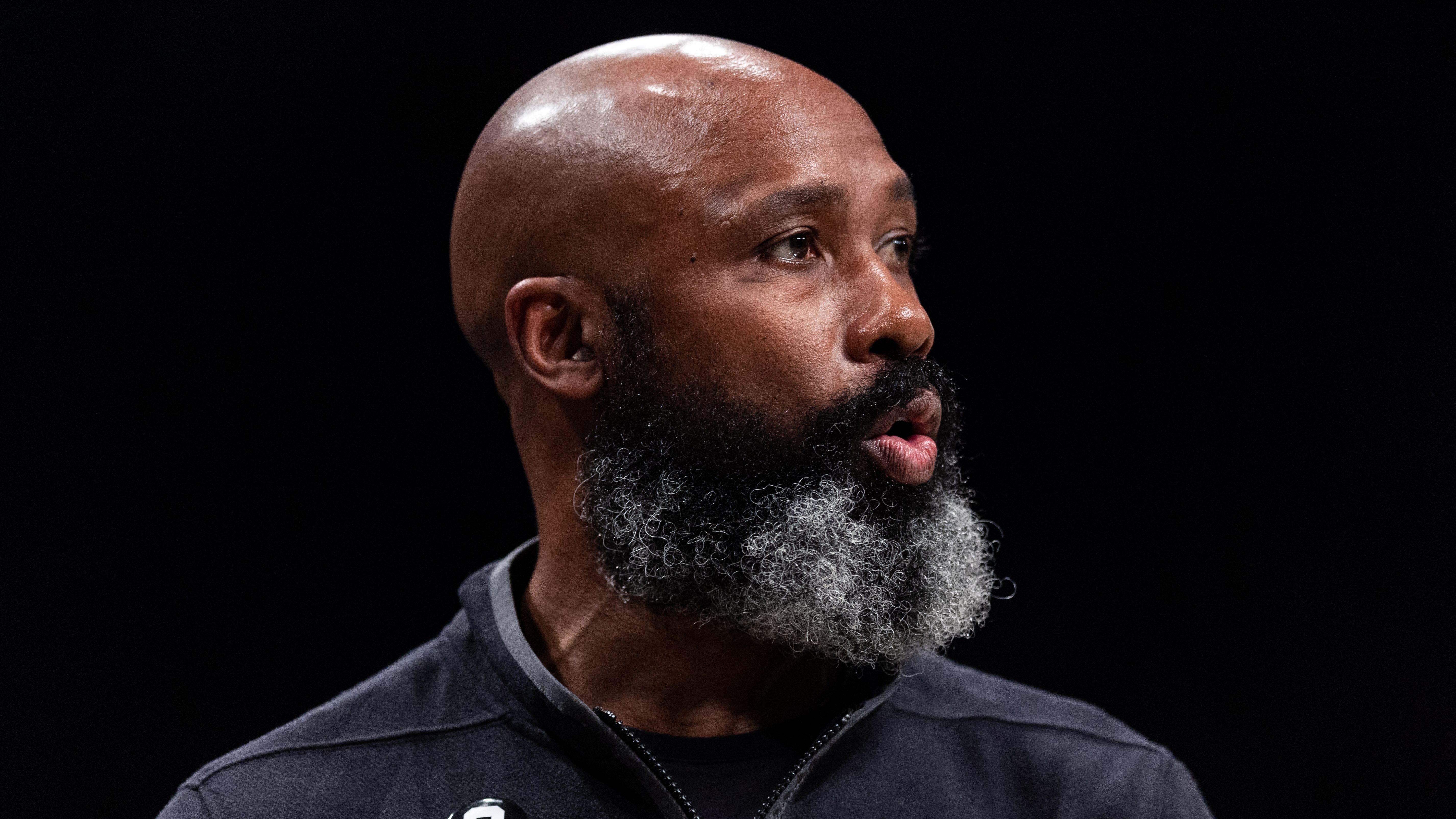 Simmons is a three-time NBA All-Star who is uniquely able to play power forward and center while also having the talent to bring the ball up the floor like a point guard. The 2018 NBA Rookie of the Year is also a two-time NBA All-Defensive team selection. Simmons averaged 15.6 points, 8.1 rebounds and 7.7 assists in three seasons with the Sixers.

Patrick said he talks to Simmons mostly on text and WhatsApp. So, what is Patrick’s message to Simmons when it comes to getting his basketball mojo back?

“Be [expletive] Ben Simmons,” Simmons said. “That is his reminder. Always be myself. Be me.”

It actually all started in Sacramento, as Simmons had 11 points, 5 rebounds and 3 assists in 20 minutes off the bench. It was his first time scoring in double figures with the Nets after scoring less than 10 points in each of the first eight games. He followed with 15 points, 13 rebounds and 7 assists while making all six field goal attempts and 3-of-4 free throws off the bench in a 109-107 win at Portland on Nov. 17. And in his last outing, Simmons didn’t disappoint back in the starting lineup with 22 points on 11-of-13 shooting, 8 rebounds and 5 assists in 35 minutes of a 127-115 win over visiting Memphis. It was his best game in a Nets uniform in Brooklyn.

“It’s been awesome to watch Ben transition from the start of the season to now,” Patrick said. “Every game he seems to be more comfortable with his teammates and his role on the floor. It’s not easy in football to go from a quarterback to a receiver, and he has been asked to go from a full-time point guard to playing the post position. That takes feel and time and it look like Ben and his teammates are adjusting well to their new team and their new coach.”

“I know what’s coming [in Philadelphia]. That’s part of the game. Philly fans, one thing about Philly fans is they are incredible. They are die-hard Philly, and they are everything Philly, whatever it is. I respect that about the city.” — Ben Simmons

Next up for Simmons is his first regular-season game in Philadelphia since being traded. Patrick doesn’t think it will be a big deal for Simmons since he played against the Sixers in the first game of the preseason. But even Simmons acknowledged after the Memphis win that he expects a wild atmosphere due to the renowned Sixers fans on Tuesday in the City of Brotherly Love.

“I know what’s coming,” Simmons said after the Memphis game. “That’s part of the game. Philly fans, one thing about Philly fans is they are incredible. They are die-hard Philly, and they are everything Philly, whatever it is. I respect that about the city. It’s a sports town. I was talking to [Nets forward] Yuta [Watanabe] before the game about what it’s like to play in Philly [as an opponent], and it’s an incredible opportunity to put on whatever jersey it is. That’s Philly, and it’s a unique experience.”

The Hornets have not played in the NCAA tournament, National Invitational Tournament or won the Big Sky Conference. Patrick has previously been a head coach at UC Riverside and also been an assistant coach or associate head coach at St. Mary’s, LSU, Texas Christian, Arkansas, and Oklahoma. After losing their season opener at UCLA, the Hornets have beaten UC San Diego, Denver, and UC Merced. Tuesday night, Sacramento State hosts local rival UC Davis at the Kings’ Golden 1 Center.

Patrick has already been tapping into his Aussie roots by signing two Australian kids who will join the team next season. Simmons highly recommends Patrick to all of the Hornets’ recruits.

“If you want somebody genuine and real that is going to have your best interests, DP’s the man,” Simmons said. “He’s obviously such a great person and basketballwise he cares. He wants to see everybody do well and help him. Yeah, he’s going to put the players first.