ORLANDO, Florida — Moviegoers are fascinated by the fictional African nation of Wakanda, home to Marvel Comics’ superhero Black Panther. Just a little over a month ago, the comic book phenom burst onto the big screen, with Black Panther raking in more than $1 billion and is now inspiring a deeper dive into the film, including a look at the costuming of actors Chadwick Boseman, Angela Bassett and Lupita Nyong’o and others. Not that close attention is new to Ruth Carter, the woman behind the looks.

When the Oscar-nominated costume designer arrived on the campus of Hampton University in 1982, she did not realize she’d depart with a bachelor’s degree in theater arts. Starting out as an education major and switching gears as many students do, she now boasts a career of more than 40 films, including Amistad, Malcolm X, Do The Right Thing, School Daze and plethora of others.

“I started out in education,” she said. “I come from a legacy of teachers and I wanted to be a special ed teacher and then halfway through college I changed my major to theater arts. And my mom said, ‘Oh, you’re going to do the news.’ And I thought no, I’m going to do costumes. When I came out and I was doing backstage work in the theaters, my mom said, ‘You went four years to college to do laundry,’ and I said, ‘Yeah, I’m still on my path, mom.’ ”

Carter was as an intern at the Santa Fe Opera in Springfield, Massachusetts, until moving to Los Angeles in 1986 and meeting director Spike Lee. 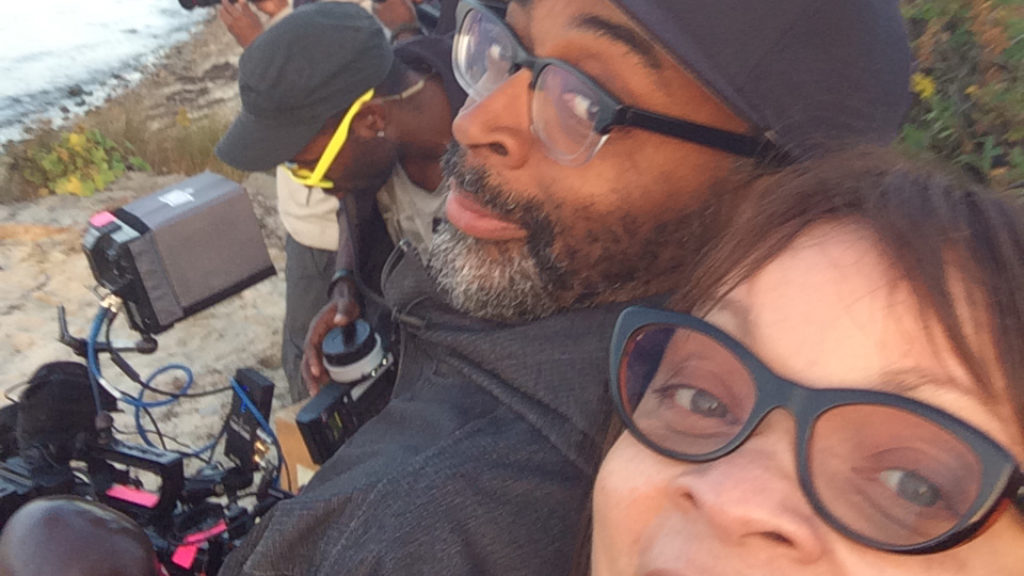 “Once I got to Los Angeles I met Spike Lee and he was telling me ways that I could get a career and get experience in film by going to some of the big colleges in Los Angeles like USC and UCLA and signing up for film thesis projects,” Carter said. “So that’s kind of what I did … She’s Gotta Have It, when I saw that, I was like, ‘what, it’s one girl walking through Brooklyn, who can’t do that.’ It’s a medium I had to learn. It’s a huge medium …”

Carter’s advice to children is to keep dreaming and dream big. She spoke to 100 students at the 2018 Disney Dreamers Academy in Orlando last week.

“I think it’s important for Dreamers to know that you can be successful and it starts with your dream,” she said. “And it starts that dreaming just makes everything blossom into the rest of your life. I don’t want them to dream as if they are going to be something in the future. I want to dream about who they are right now and empower themselves with that dream.”

She also spent time with parents and guardians at a private event withalongside ABC’s The View co-host Sunny Hostin and Mikki Taylor of Essence magazine.

“My mom was curious about what the heck it was I had done with my life and my education, but she was patient with me,” Carter said. “So my advice to parents is to be patient. Your kids are going to find their path, they’re going to blaze their trail. Do not do the helicopter mom thing.”

Carter’s journey includes the designing of costumes for Jungle Fever, Mo’ Better Blues, What’s Love Got to Do With It, Four Brothers, Sparkle (2012), The Butler, Selma and Being Mary Jane.

“The hardest part of my journey is management,” Carter said. “I think that I’ve got the costume design thing. I can do that. I can dress almost anybody. But I have to bring artists into my group, into my team and to tap into their minds. So the management part of the creativity is really the hardest and I think once they understand what you want, they flourish. But it’s not until you get to that part does it work.”