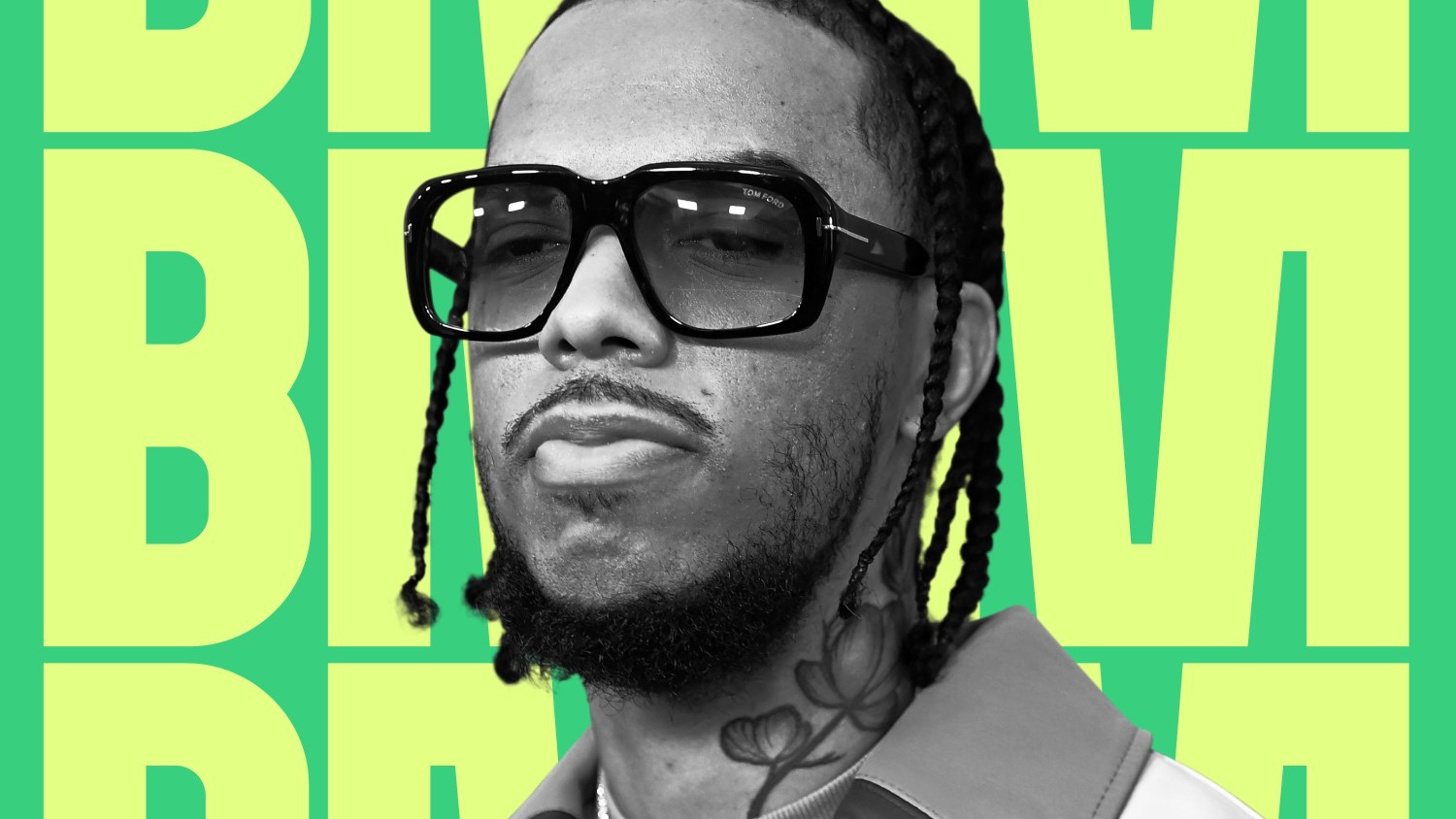 Black Music Month: Elhae makes music that has saved lives and made lives

The singer, rapper and songwriter is still finding himself. He wouldn’t have it any other way.

Jamaal Jones, known to music fans as Elhae, grew up in the church in Georgia. His father would play “cold jazz,” as Elhae described it, to make sure the sound levels were just right for services each Sunday. Elhae also sang in his mother’s choir — and she’d later beg him to get back into church on the outro to “Let You Pick” from his 2019 album, Trouble In Paradise. But the first non-gospel verse that stuck with him? Well, let’s just say it likely would’ve gotten him doused in holy water.

“I think the first rap I ever memorized was Lil Wayne’s verse on ‘Project Chick,’ ” he recalled, unable to control his laughter.

Elhae, currently performing on Big K.R.I.T.’s Digital Roses Tour, recalled how his older brother, Matthew, hipped him to a lot of hip-hop and R&B when he was around 9 or 10, which helped jump-start the secular musical palette he’d eventually carve into his own. But Elhae also came up in the era of early streaming services such as Napster, LimeWire and Kazaa, where just about any music he wanted to hear was just a click away — computer viruses be damned. 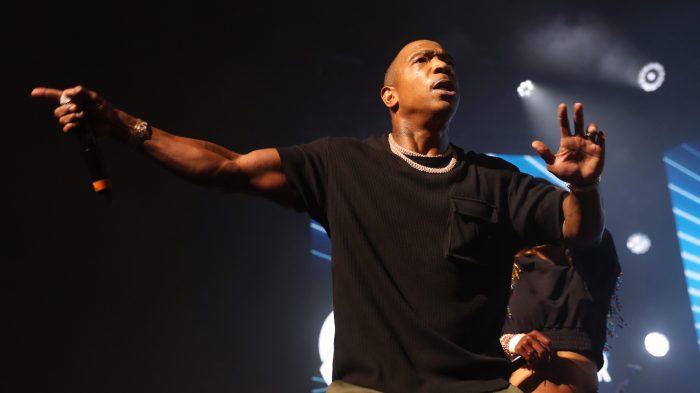 The resurrection of Ja RuleRead now

Initially, Elhae gravitated to Ja Rule’s music in the early 2000s, and later he became a fan of the singsongy rapper’s mortal enemy, 50 Cent. But if there was a single artist who planted the seeds that would eventually sprout into Elhae, it was Pharrell Williams. In particular, he admired the Virginia Beach, Virginia, native’s landmark 2003 single “Frontin’.”

“You have this guy skating and it’s fly-ass girls around him! I was like, man, that’s where I wanna be! I don’t wanna shoot nobody! I wanna sing a little bit and be next to the girls,” he said. “I wanted to fit that mold.”

Yet, “it took me a long, long time to find my voice,” Elhae said. “I just knew that’s what I wanted to do, but I didn’t realize how much work it would take to that point when I was watching [Pharrell].”

Elhae knows what most people are going to ask him first. It’s right there at the top of the Google search. How did his story begin in Minot, North Dakota?

“Surprisingly enough, there’s only one other artist that was born in Minot. And that’s Wiz Khalifa,” he said. “It’s an air force base in Minot, and I wondered if his pops and my pops worked together and didn’t even know it.”

The Jones family moved to Georgia in 1994 when Elhae was around 4, and most of his life experiences and musical journey took place in the South. When he was a freshman in high school, a friend introduced him to the music production software Cool Edit Pro. Up until that point, his foray into music amounted to scribbling lyrics and ideas in a notepad while banging on a piano. Now, he heard his voice play back through a speaker for the first time. SoundClick.com allowed him to listen to beats and imagine what he could sound like. Still, a music career was far more a dream than a reality.

“I was just learning the program and singing and rapping over beats every day,” he recalled. “My mom would leave at 7 a.m. and I’d be downstairs by 7:15 just to record until she got home at 5. That was my schedule every day in the summer if I didn’t have school.”

Elhae described his early musical explorations as “trash,” but what he understood then was that finding his own voice, purpose and path had to come when no one was looking.

“It took a lot to get to the point where I was finally comfortable with [releasing] one record,” he said.

Another lesson was learning to appreciate a “no” just as much as a “yes.” He lost count of how many times he was told, “I don’t see it,” when it came to his music. Did it hurt? Of course. But he believed something had to break in his favor eventually.

“People can tell you no all they want, but eventually they’re gonna be like, ‘This dude is still at the door?’ That’s when the breakthrough comes,” he said. “And the beautiful thing about it is there is always room to grow. Only time you don’t grow is when you stop doing what you’re doing.”

In high school, Elhae had dreams of signing to Atlantic Records and working with Dallas Austin. But his real-life break came in 2016 when he signed to Motown. Billboard called him the label’s “new rapping and singing phenom.” Beginning in 2015 with Aura, Elhae unleashed a steady stream of projects, including All Have Fallen (2016), Aura II (2017), Trouble In Paradise (2019) and last year’s standout, Aura III. And while he’s not one of music’s most recognizable names, he has collaborated with stars such as Big K.R.I.T., Kehlani, Wale, Rick Ross (whom he’s known for more than a decade), O.T. Genasis, Masego, Ty Dolla $ign and more. And his discography has developed a core fan base. Opening for Big K.R.I.T. in Silver Spring, Maryland, in late April, Elhae received the loudest ovation outside of the headliner himself.

A signature of Elhae’s sound is that he puts his own experience and emotions into his music. His debut project, Aura, was inspired by a traumatic breakup with a girlfriend when he found himself trying to cope with the loss with other music that didn’t quite capture what he was feeling.

“I probably took like two weeks to sulk in the depression and just let that sit. I think that’s healthy,” he said. “It’s important to realize what you’re going through, sit with it, accept it and then figure out how to move past it.”

The way he moved past it was through writing. One song became two. Two became four. Four morphed into a process he needed to get out of the funk.

“From that point on, it was healing. It was therapy for me,” he said.

That vulnerability created opportunities to work with other artists. More importantly, though, his music stuck to the ribs and the soul. For Elhae, seeing people use his music for part of their life’s soundtrack is fuel.

“I’ve had people come up to me and say, ‘Look, I’ve struggled with depression, suicidal thoughts and even attempted suicide, and I’ve listened to your s—. It got me through it.’ That’s something I’ve never taken for granted,” he said. “On the other side, for example, a couple came up to me in San Francisco saying, ‘We fell in love to your music. We had a baby to your music.’ ” 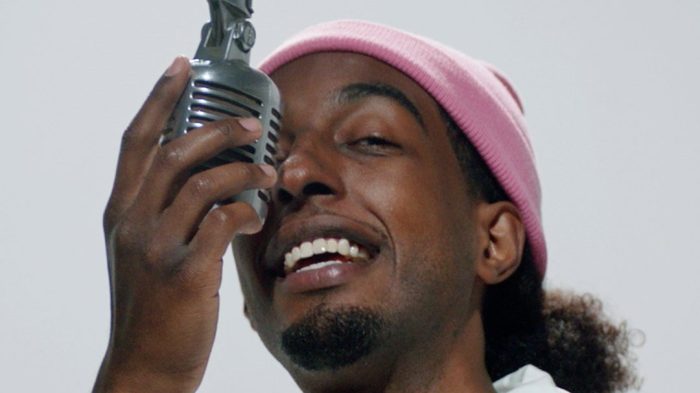 Saving lives and creating lives. That’s a heavy responsibility, but it’s one Elhae said he carries with honor. What success looks like in the coming years is something he thinks about, but doesn’t stress over. Financial stability is a goal. He loves making music, but he’s not in the business of doing it for free either. And as the dad of a 4-month-old baby girl, Elhae is even more motivated to make music that not only feels authentic, but continues to increase his core fan base.

To that end, Elhae is excited about his next project, which is close to completion. “My next project is predominantly centered around mental health and therapy. I’m really into that realm at this point,” he said.

In a sense, it’s what his music has always been about, dating to the original Aura. Now he’s ready to address it in the most intimate fashion he’s ever done.

“I’ve dealt with things in my past, and I’ve been able to somewhat get out of it,” he said.