I don’t remember the name of my first and only white head football coach, only that he was a volunteer and worked for 7UP in delivery. He was also the last coach who called me a dummy.

This was my Pop Warner football team, the Harvey Colts. After unsuccessfully showing me how to block a particular play, the exasperated coach threw up his hands and ended by saying, “you dumb, dumb dummy.” His eyes were not filled with rage, voice not shaking with anger. Yet the incident, 50 years ago, remains vivid. I played defensive end exclusively after that and generally had a good experience.

Over the next eight years of high school then college, coaches screamed at me, critiqued me and yelled. None of them ever called me dumb or stupid. Maybe because I was not. Or maybe because Black coaches, many of them having had to overcome similar stereotypes, were sensitive about referring to young Black men and women with any term that inferred ignorance.

As we anticipate March Madness with the usual conversations about Black head coaches, I have been thinking of the hiring dilemma, not as a civil rights issue, or an issue of proportionality. Instead, my thoughts have centered on how important Black coaches have been in my life and how important they can be in the lives of others. 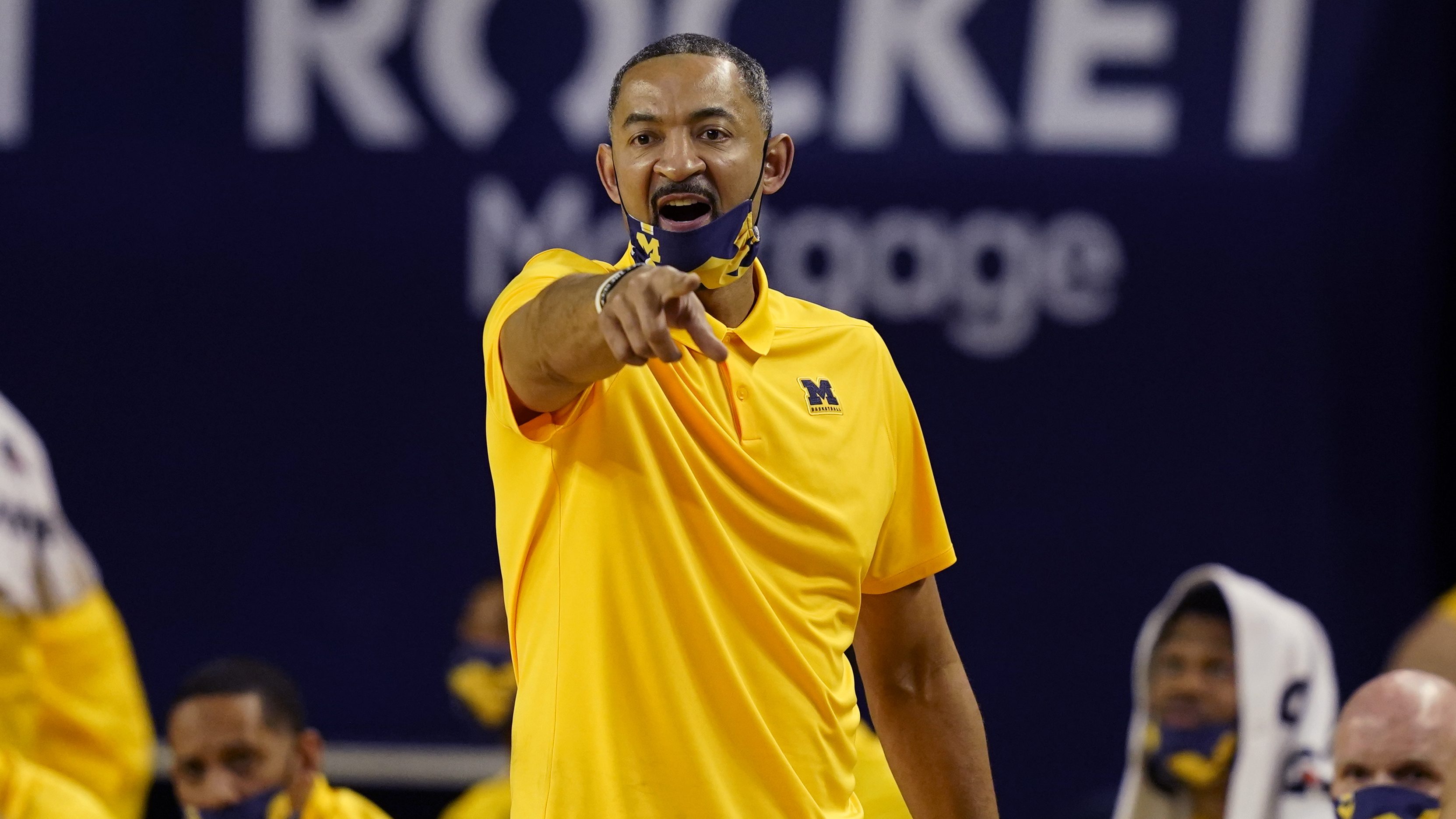 My life has been filled by all manner of Black “coaches.” They have been instructors, college presidents, editors, publishers. They have engaged in the ritual of passing along a road map, each of them a beacon light, their own history capsule, a piece of a puzzle.

This is why Black coaches matter. They pass along the wisdom of how to negotiate a rigged, racist system not designed for African Americans to succeed. Yet, we persevere and succeed.

In episode three of the ESPN+ docuseries Why Not Us Why Not Us: North Carolina Central University Men’s Basketball, head coach LeVelle Moton playacts a session with players about how to react when pulled over by the police.

A poignant episode designed to show the caring of a Black head coach for his players.

Every Black male and female athlete should have the experience in high school or college of having a Black head coach. It does the soul good, though for most elite Black athletes, this will be difficult.

Since athletic desegregation hit full stride in the late 1970s, thousands of young Black athletes have only known white head coaches in high school to college and the pros. In basketball, most of the coaches Black players have are assistants. As pointed out in a recent story about Black head coaches in the NCAA men’s tournament, 48% of NCAA Division I assistant coaches are Black. Twenty-eight percent are head coaches. Sixty-nine percent of Division I head coaches are white. Outside of attending a historically Black college and university, the odds of an elite Black athlete playing for a Black head football or basketball coach are very slim.

This is an argument for African Americans, not an argument against white head coaches. Indeed, guardian angels come in all shapes, sizes and genders. There have been amazing non-African American coaches who have had positive impact on Black players. There simply needs to be more Black men and women guardian angels in positions of power, control and authority, beginning with head coaches. 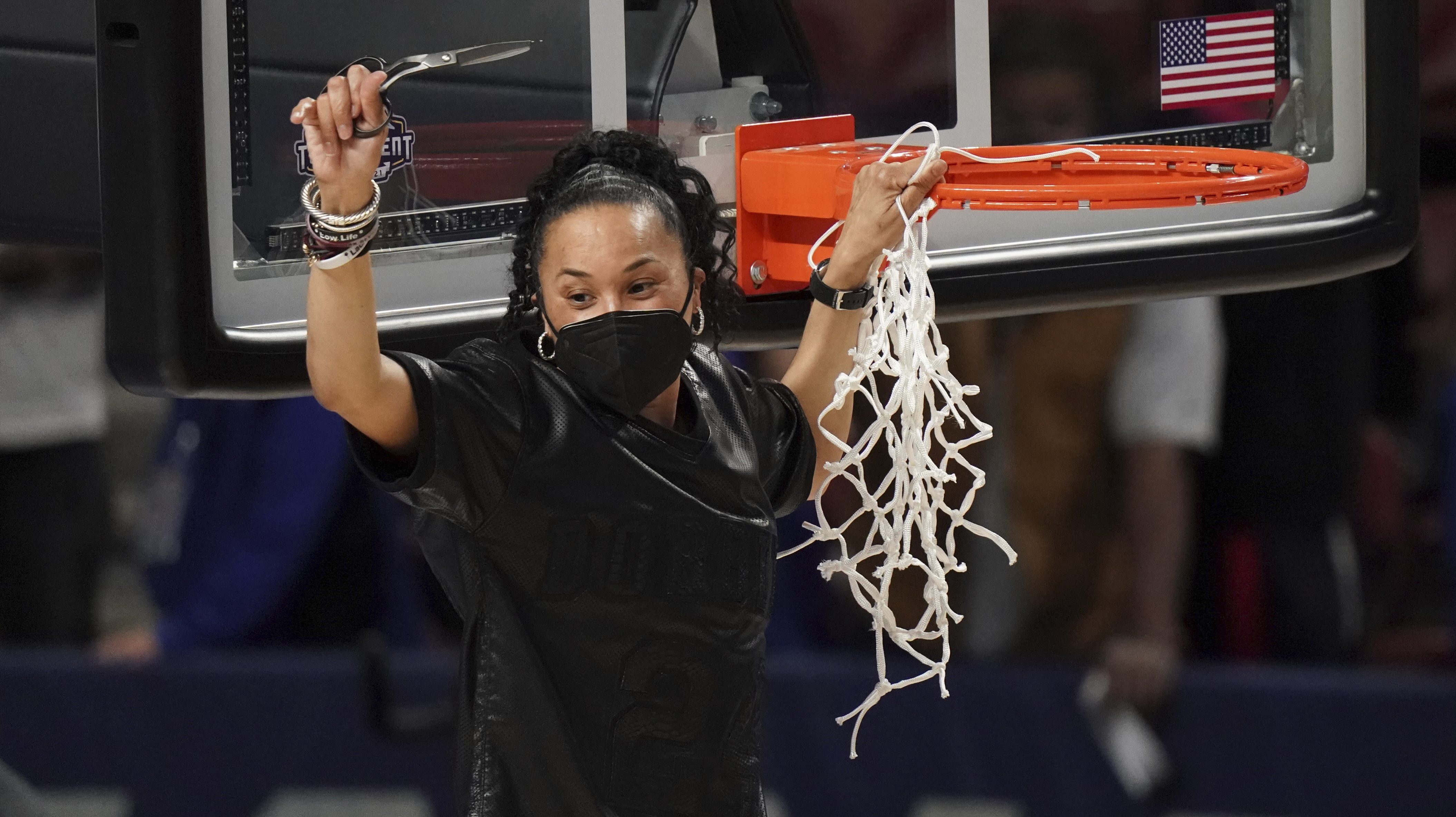 The college basketball enterprise would benefit.

Why do Black coaches matter?

Now there are two.

Dudley’s rationale on why Black head coaches matter was primarily focused on role modeling. It helps to see what you’d like to be.

“For me as a young Black student-athlete, it was important to have a Black role model. I had very few teachers and coaches throughout my childhood that were Black, so it meant everything to have a role model who was Black, to be able to talk to him about racial issues and being one of a small percentage of Black students on campus. I think it was important for my own inspiration to see a Black leader who helped me believe that I could one day be a Black head coach.”

Aside from diagramming plays, Black men and women head coaches have tale after tale after harrowing tale about how they diagrammed winning plays against racism. Sometimes they were explicit; sometime they allowed ancestors to speak.

Many years ago, Mike Brown, at the time an assistant coach at Seton Hall, bought Negro Leagues caps and handed them out after one of the players was stunned to learn there was a time when African Americans were not allowed to play major league baseball.

There is no reason – except for perspective, life experiences and priorities – that a white coach could not have done the same thing.

My high school football coach Sherman Howard always talked about the powerful impact successful African Americans had on his life. At the time of his death in 2019 at age 95, Howard was the oldest living NFL player and the oldest living former member of the Cleveland Browns. He preached that we, too, must strive to be inspirational, though at that time that message was way over our heads.

He often spoke to us about the impact of seeing African American role models in the 1930s when envisioning a successful career in any profession, which as an African American often seemed impossible. 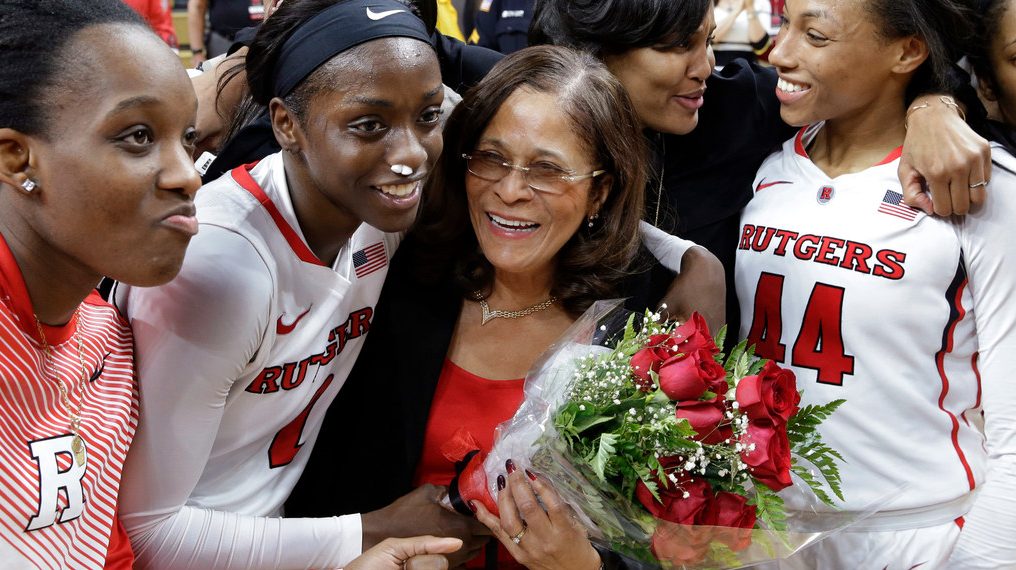 I once asked Howard who he thought was more impactful: Jesse Owens, the king of the 1936 Berlin Olympics, or Jackie Robinson. At first, Howard said Owens, and then he changed his mind and said Robinson, “because Jackie showed us possibilities.”

That is why having Black head coaches are so important. I think of all the fortunate young women who were coached by C. Vivian Stringer at Cheyney State, then Iowa and Rutgers, all those who have been coached by the emerging legend Dawn Staley at South Carolina. John Thompson at Georgetown and John Chaney at Temple touched and changed hundreds of lives in many ways simply by having a presence that spoke to infinite possibilities. They lit the way, passed the torch, taught players how to scale the mountain and triumphantly get through life.

That is why Black coaches matter.