In just three seasons, Benedict College head football coach Chennis Berry has transformed a team with a 1-9 record in 2019 into the 11-0 2022 Southern Intercollegiate Athletic Conference (SIAC) champion that will appear in its first NCAA Division II playoffs Saturday.

To do so, Berry focused on bolstering the Tigers’ offense, fostering a leadership mentality among everyone in the program and building the student-athletes’ character off the field.

“I really believe God put me here because I was a finalist for different head coaching jobs at Howard, Fort Valley State, Alabama State [and] my alma mater Savannah State and none of them chose me, but Benedict did and gave me an opportunity,” said Berry, the 2022 SIAC coach of the year. “I’m very thankful for our president, Dr. Roslyn Clark [Artis], and God for allowing me to come in and not only win football but help these young men prepare for life.”

Benedict offered Berry his first head coaching position in 2020, but the conference ultimately suspended the fall sports season due to the coronavirus pandemic. When the Tigers resumed play in fall 2021 under Berry, they averaged nearly 26 points per game and rushed for 1,194 yards in reaching a 5-5 record. This season, the team scored more than 38 points a game, with the offense rushing for a total of 1,921 yards, en route to an undefeated record and the school’s first SIAC football championship. 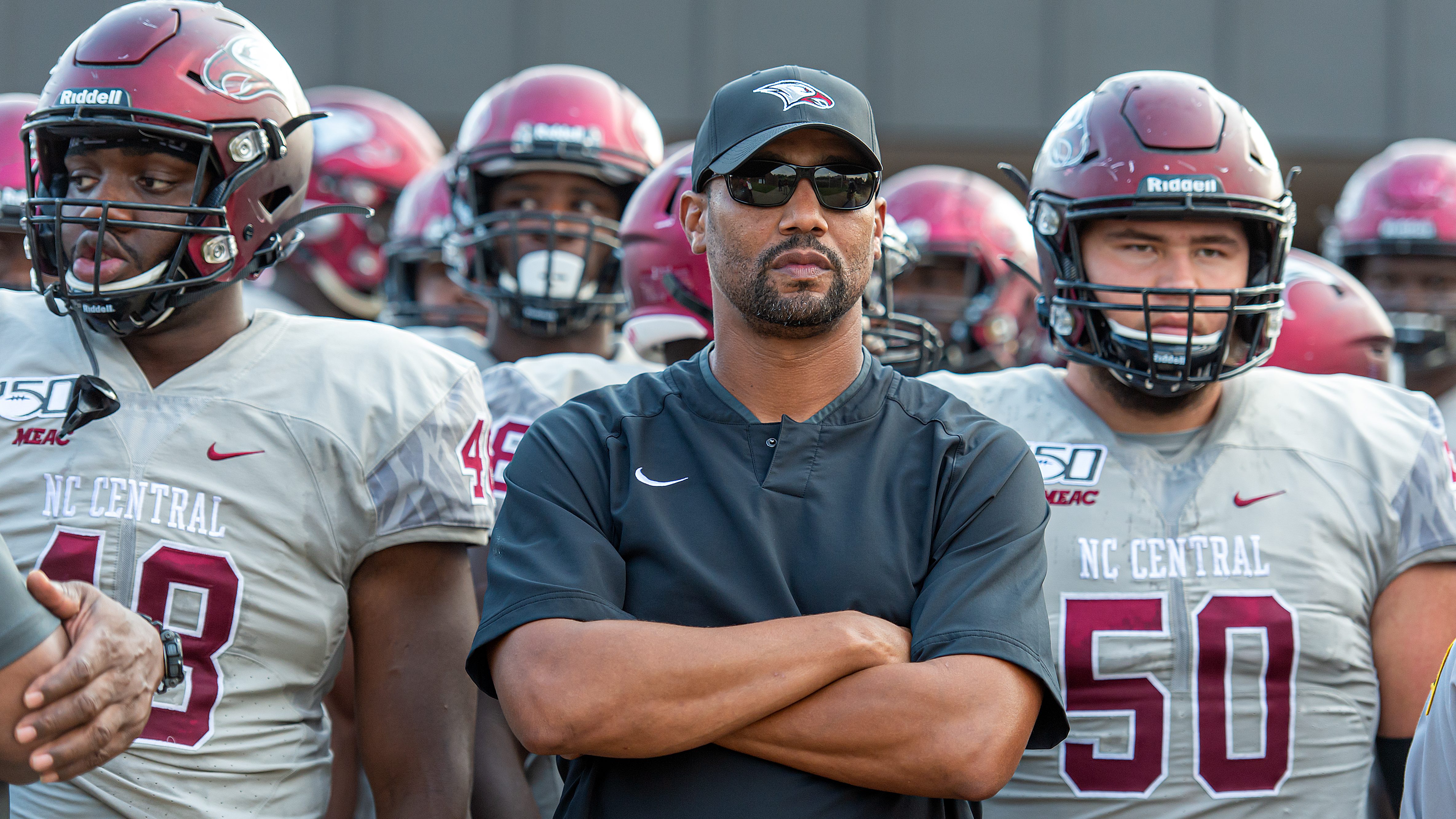 “We have two really good running backs who we call ‘Thunder’ and ‘Lightning,’ Zaire Scotland and Deondra Duehart. They’re really good, bigger backs at 215-220 pounds,” Berry said. “Zaire is Lightning because it can strike at any moment. Deondra is Thunder because he can run around you or through you and is a strong explosive back.”

The coach emphasizes the importance of his offensive line. Berry, who made first team All-SIAC as an offensive tackle at Savannah State in 1994, persuaded his linemen to buy in to their roles and understand that while they may not get all the attention, they are essential to the team’s success.

“As long as I’m a head coach we’re going to build from the core, which is the O-line, D-line and quarterback position,” Berry said. “In order to run the football you have guys who can block and on defense guys who can stop the run. We’re going to recruit offensive linemen, guys who can play and are athletic. … It doesn’t matter what you have in the backfield if the guys up front can’t block.”

As part of his effort to turn around the program, Berry also worked to instill a leadership mentality within both players and staff.

A season ago, running back Da’Von Smith appeared to have a starting position on lock before tearing his ACL for the third time. Though the NFL initially was his dream, Smith said, his recovery under Berry showed him that he has other skills, too. Smith, who returned to the field this season, now wants to open his own training company after graduating with his master’s degree. He hopes to use his skills to eventually become a coach and give back to young men the same way Berry has.

“When you’re injured, you really start to learn what your interests and skills are [outside of football]. I saw I can really get the most out of guys and that I enjoy not only leading on the field but off it as well,” Smith said. “It’s been huge that my time playing football brought me further away from the NFL and closer to a career I think I really will enjoy.”

Creating leadership opportunities for team staff, many of whom are in their 20s, was a parallel priority for Berry, who credited his coaches for believing in his vision and helping it come to life.

“I’m a very demanding person from them, but I am so thankful and grateful for my staff. I set the bar high because I want them to be better coaches and men, so when they leave and get those opportunities they’re ready for the challenge and will excel,” he said. “We wouldn’t have an undefeated regular season without them, and they’re a huge part of why we’re in the postseason.”

For Berry, though, it was critical to build players’ character before they even stepped on the field.

A man of faith who credits God for his success as a coach, he took his players to several churches around the Columbia, South Carolina, community during the preseason to promote positive messages and strengthen their spiritual relationships.

“The first church we went to was pastored by a man named Eric Davis, and that trip alone really brought a lot of our guys closer to God. He preached that God is looking for people to be a ‘game changer.’ That’s exactly what we’ve been doing this year – changing the game for the better [at Benedict],” Berry said. “We’ve accomplished a lot of ‘first time in the history of Benedict’ and we hope to continue that.”

Berry’s drive to empower young men isn’t new, according to Chicago Bears offensive lineman Ja’Tyre Carter, who played under Berry at Southern. Carter, whom the Bears selected in the NFL draft earlier this year, said the coach inspired confidence in him early that he could play professionally.

“The first time I [stepped] on Southern’s campus, [Berry said], ‘You’re going to be playing on Sundays one day,” Carter said. “He didn’t only coach us hard and pulled the best out of us on the field, but he also taught us how to be men off the field, ’cause one day we [are] going to go into the real world and have a family, be a father and husband.” 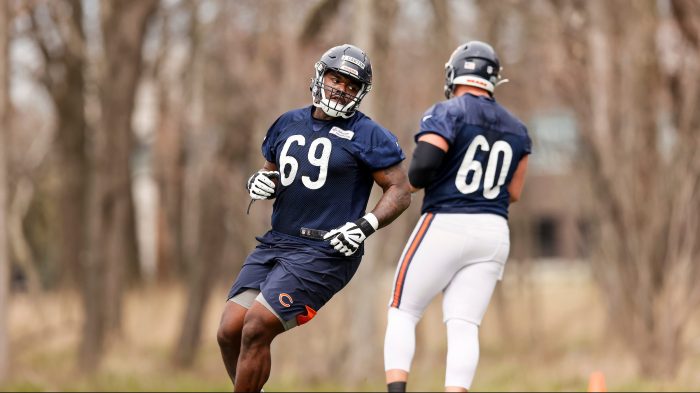 Skyler Jones, an assistant defensive line coach with the Los Angeles Rams who coached with Berry at Southern, said the coach’s faith complements his philosophy.

“[Berry] puts God first in everything he does and when you do that, everything takes care of itself,” Jones said. “I’m excited about the success that his program has had this season. Seeing someone who waited over 25 years to get his opportunity to become head coach and turn a losing program into a winning program – it brings joy to me.”

During training camp, Berry also introduced the team to the book Chop Wood, Carry Water: How to Fall in Love with the Process of Becoming Great by Joshua Medcalf; now, Berry hopes the book’s lessons will resonate beyond the postseason.

“This game of football is going to end one day. We want to get these young men ready for football and the game of life. … If you walk into our team meeting room it says, ‘Your best is the standard.’ We want these young men to give their best on the field, in the classroom and their community,” he said.

“Before I came, I would have to explain what Benedict is to players – now we’re a destination spot. It’s a lot easier to go to recruits’ living rooms and tell their families that if they come here they won’t just be good for the next four years but the next 40-plus years of life because they will get a degree. That’s what I want my legacy to be – winning football games and winning souls.”

Scott Lipscomb is a mass communications student from Prince George’s County, Maryland. He does postgame interviews for the Xavier men’s and women’s basketball teams and helps edit and produce for XU Media, Xavier’s student media outlet. He has also contributed content to the WHUR radio station website.