Basketball has Spike Lee. Who will be the great cinematic auteur of tennis?

Serena and tennis deserve their own ‘He Got Game.’ They don’t have one — yet.

Spike Lee is basketball’s filmmaker poet. Tennis should have one, too.

A series of events before, during, and after Serena Williams’ first-round US Open victory over Danka Kovinic helped clarify what’s been missing in the world of pop culture, a world through which Williams strides with as much comfort and authority as she does her chosen sport.

Monday night, Lee joined the pomp and circumstance that the USTA orchestrated to fete the 40-year-old Williams, who recently announced that she would be evolving away from tennis to focus on other parts of her life, including growing her family with husband Alexis Ohanian. The couple already have a 4-year-old, Alexis Olympia, who was on hand Monday in Arthur Ashe Stadium rocking a black sparkly skater dress that matched her mother’s.

After Williams won in straight sets, 6-3, 6-3, there was more celebration than usual for a first-round contest. Tennis legend Billie Jean King, clad in a pink blazer, said she was wearing the color because it’s Williams’ favorite. “Her serve is by far the most beautiful ever in the history of our sport,” King declared, as both she and journalist Gayle King tried to explain the enormity of Williams’ impact on tennis and beyond it. Williams is not merely an athlete with a racket in her hand. She is an artist, capable of bringing a crowd to its feet as it ebbs and swells with her triumphs and emotions with as much drama as a Tony-winning Joaquina Kalukango performance.

The recently-released King Richard provides one filmic origin story of the Williams sisters and their improbable multidecade reign over a sport that, at various junctures, has been less than welcoming to Black women. But it is not the singular work required to memorialize their contributions with the authority of an auteur who can translate their movements — both social and physical — into lasting cinema. The tension, complexity and bold fearlessness of artist Romare Bearden lurks in Williams’ game, similar to the way a great basketball run conjures the magic of jazz musicians improvising to a common pulse. While it tells the incredible story of the Williams sisters, King Richard lacks the grooves and texture, the gorgeous discomfort between parent and child and state and country that Lee’s He Got Game employs to grab hold of its audience and bury itself in the recesses of our collective subconscious. 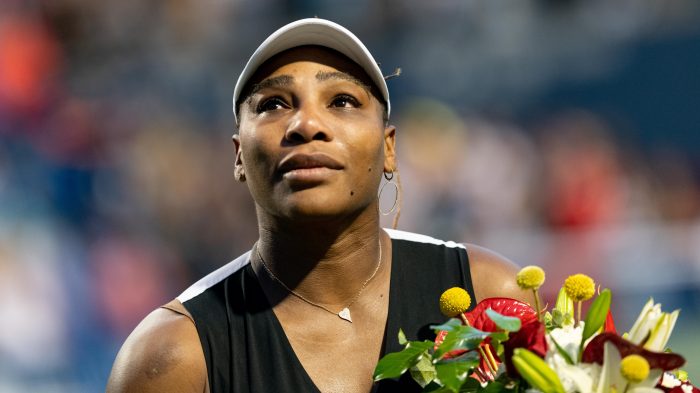 That is what the best narrative films about sports do: They reveal the beauty that lies beyond the box score. He Got Game starred Ray Allen as Jesus Shuttlesworth, a kid born with a genetic lottery ticket in the form of astronomical athletic ability, and Denzel Washington as Jake Shuttlesworth, his incarcerated father and basketball legend. He Got Game ambitiously weaved the extractive nature and banal corruption of the carceral state with a rift between father and son worthy of Shakespeare. Lee punctuated the epic with the French horns of Aaron Copland’s “Fanfare for the Common Man” as Jake speaks to Jesus during a cross-generational nighttime contest between the two.

Jake is the rocket, propelling his son skyward in pursuit of the American dream. “We out the projects, baby! Where we gon’ live at, son? Central Park West somewhere? What you gon’ buy your momma, son?”

“A house,” Jesus responds in between pants.

“It’s the will of the man, it ain’t the skill of the man,” Jake tells his son as they run drills in the dark. It’s one of those moments of brilliance in a Lee film where everything coheres to become something greater.

Lee highlights thematic commonalities between the 1896 Richard Strauss tone poem “Also sprach Zarathustra,” and its instantly recognizable French horns, with Copland’s 1942 work. Stanley Kubrick used “Also sprach Zarathustra” in 2001: A Space Odyssey, his masterpiece about humanity springing into an unknown future. In He Got Game, Lee positions Jesus Shuttlesworth as a savior, a messiah, a class astronaut. In 2001, Whitey is zooming past the moon. In He Got Game, the Shuttlesworths just want to vault to a better ZIP code here on Earth. It’s a film that proffers basketball as a repository of the divine, and a ticket into the future, when it’s played right.

And so it made sense that Lee, New York’s most famous sports fan, would be present as Williams was honored as the greatest of all time at the tennis center in New York. If there’s anyone who sees how Williams straddles and blurs the imaginary line between sports and culture, it is Lee.

He Got Game exists alongside Days of Thunder (1990), Bull Durham (1988), and Point Break (1991) as films that reflect the transcendental nature of the sports they are depicting. In Bull Durham, written and directed by Ron Shelton, the vehicle for such transcendence is a community college English teacher Annie Savoy (Susan Sarandon) who loves the Carolina League just as much as she adores William Blake. With her Edith Piaf records and a wardrobe entirely too worldly for a lil’ tobacco town like Durham, North Carolina, much less its minor league baseball team, Annie implores Bull Durham’s audience — and her befuddled, baby-faced love interest — to sing the body electric. She’s a bohemian poetry nerd and a baseball romantic. 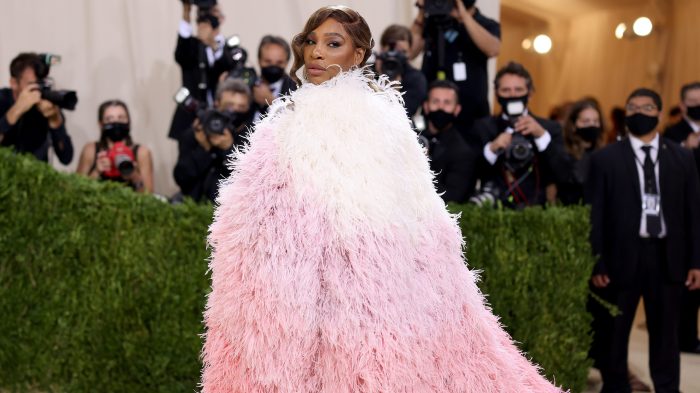 Written by Robert Towne and directed by Tony Scott, Days of Thunder (1990) brings an improbable beauty to stock car racing. It matters not if you’ve ever sat through an entire NASCAR race. The half-prayer, half soliloquy Robert Duvall offers to the race car he’s building as sunlight streams through the cracks of the barn housing it pushes Days of Thunder past blockbuster and toward artistic heft. In Point Break, Kathryn Bigelow’s commitment to authenticity captures the spirituality that lives within surfers and their devotion to the sea, rendered in the respect and camaraderie that grows between veteran surfer Tyler (Lori Petty) and Johnny Utah (Keanu Reeves).

There are popular tennis movies besides King Richard, but none reach the artistic high mark set by He Got Game. Wimbledon (2004) is a romantic dramedy starring Kirsten Dunst and Paul Bettany that’s sweet but largely forgettable. In Woody Allen’s Match Point (2005), tennis is more backdrop than main character. It’s not a film Allen made to extol the pulchritude of a perfect ace, but a narrative about a tennis pro’s need to swing himself up the class ladder. It is about imposter syndrome, about being talented at a sport associated with wealth without coming from it. The pro, played by Jonathan Rhys Meyers, is battling insecurities about his own encroaching irrelevance — insecurities he tries mightily to bury between the legs of an aspiring actress named Nola Rice (Scarlett Johansson). The pro does not succeed, and rather than solving his own problems, he kills Nola. Battle of the Sexes (2017) which starred Emma Stone as King and Steve Carell as her trolling adversary Bobby Riggs, is like King Richard: pleasing, more or less solidly built, but not a work that defines the greatness of sport.

But Wimbledon, Match Point, and Battle of the Sexes portray a game – and a world – that had yet to be transformed by Serena Williams. That new world calls for a filmmaker up to the challenge of meeting the mark set by He Got Game.