Baseball hotbed enjoys a throwback day on the diamond

SACRAMENTO, Calif. — Sunset is looming at Sutter Health Park, but Greg Vaughn is still spitting seeds, which he’s been doing all afternoon. Standing just behind the on-deck circle, his job as a “coach” in this capacity is as much ceremonial as it is strategic. But that doesn’t mean he isn’t teaching.

“If he moves, you move,” Vaughn explains in a level tone to the group of guys he’s been charged to lead on the day. “Don’t be late to the party. Fist high? Let it go and show me something.”

The players are gathered in late May to participate in a fundraiser and ode to the Negro Leagues, an event that featured high school, college and men’s league players from the city to raise some money for the Negro Leagues Baseball Museum and honor Don “Rook” Porter, who happens to be a local resident. The teams wore the uniforms of the Atlanta Black Crackers and the Kansas City Monarchs, and public address announcer Leon Lee belted out the plays while sitting just behind home plate. 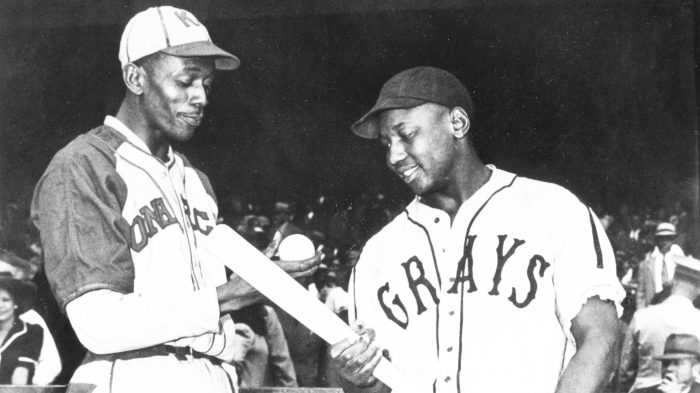 (You might know Lee as the first Black manager in Japanese baseball history. He was a consultant on the 1992 film Mr. Baseball, which starred Tom Selleck, and his son is Derrek Lee, a longtime big leaguer and first-round draft pick in 1993.)

In the crowd, parents and friends cheered and kept score, and the scene was something that feels like it belongs in a museum, or someone’s throwback post on social media: just a bunch of Black dudes playing baseball together on a field. No salary bonuses, no trophies at stake, just America’s pastime happening for a good cause.

On the other side, former big league manager Jerry Manuel is doling out his learned advice to the players and the vibe is excellent. Seems like a simple enough function, but for organizer Todd Sullivan, the anniversary of George Floyd’s murder at the hands of former Minneapolis police officer Derek Chauvin was still top of mind as motivation.

Sullivan, who is white, felt he needed to do something, anything, when America’s latest reckoning with itself came to be in 2020.

“It took a whole year to actually do all this, to get all the players, the coaches and everything together,” said Sullivan, a pitching coach for amateur players locally.

“A lot of my friends are African American athletes. And with the killing of Breonna Taylor and the murder of George Floyd, I’ve talked with my friends for decades and I feel their pain, I’ve heard their pain, but when this started to come up with all the social unrest, it really made me emotional,” he added. “It was like, man, to see my friends in so much pain and care so much and, and feeling like they need to start doing something, I felt like, you know what? I need to do something too. And the only thing I know is baseball. … So I thought I’d ask Jerry and Greg if they would be interested in coaching with their sons to do an honorary Negro League game and to represent Don Porter and without a second of hesitation, they said, ‘Absolutely.’ “

After lineups are announced, Harmony Brisco and her father are forehead to forehead in the dugout, heads bowed, holding hands. They’re saying a prayer before she takes the field to sing the Negro national anthem for the crowd, “Lift Every Voice and Sing.” A teenager, she is visibly nervous but incredibly focused. 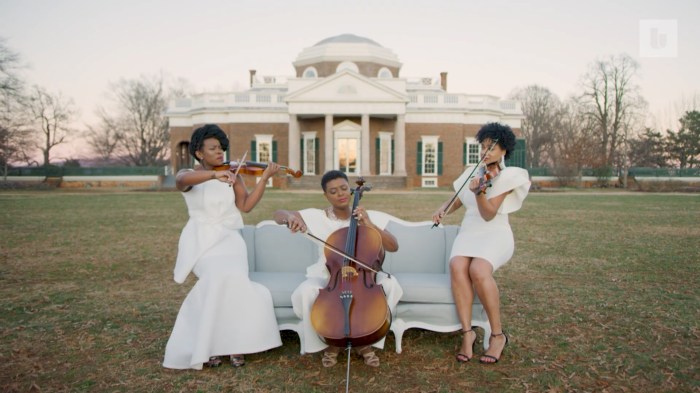 She makes it through the verses, and we’re underway. Her father is beaming with pride as she audibly exhales coming through the home plate gate.

For Vaughn, this scene reminds him of when he was growing up. Long before the world of superspecialized travel teams and private instruction, Sacramento was a place where the proving ground for competition was elite, yet casual. Players showed up in night leagues to play against each other, and that was that.

“We had a night league. Our coaches weren’t insecure. They allowed us as 14-, 15-, 16-year-olds to play against men in the big leagues, in the minor leagues. So we can learn, you know what I mean?” Vaughn said, rocking a crisp pair of bright red Nike Prestos to match his Monarchs uniform. “Now I think everyone is so scared or afraid for their kids to go get any advice from somebody else. This is a failure sport. You know, you gotta be able to steal bases, get thrown out. You gotta be able to swing at balls and miss. You know, but if it’s not a controlled environment, our kids don’t do it anymore.”

It sounds completely crazy nowadays, the idea of pro players just getting out to the park for kicks and to give back and educate. But it’s something that Manuel knows well, going back to when he first got to town as a high schooler, when his father chose California over Colorado for his next military post.

“When I came up, the biggest thing in the city was baseball. We had two guys off our high school team drafted in the first round,” Manuel said, him being one of those guys. “The Lees, the Duncans, the Roysters, the Bakers, it was just like a plethora of tremendous baseball talent. Every game was a big game. It was something special to see. You could see that baseball was the sport here in Sacramento. And once we left and played pro ball, there was like a fraternity of brothers. Dusty [Baker] would call you whenever he saw you in the majors. ‘Hey, homie.’ Homie became a big thing. That’s when homie really meant homie.”

“I mean, Sacramento at one time we had, just out of the Metro league, we had 25 big leaguers and five managers,” Vaughn pointed out.

But for such a hotbed, that generation and location is not well-represented at all in the game at the highest level today. For guys who played simply because the game was what they loved, not because they were trying to strike it rich or become superstars, it stings. And the slights are never forgotten.

“It’s definitely a slap in the face. It’s degrading in a sense because you see guys that sat on the end of the bench, or that was an extra man, get a third-base coaching job, a first-base coaching job, or they are a special assistant and we don’t even get calls, man. We don’t get those calls. We don’t get the opportunity. We don’t even get a chance. And that’s what’s frustrating. You know, there’s no way for us to get back in the game.”

It’s a particularly tough pill to swallow for Vaughn, who’s seen the disrespect since he was in the bigs himself. A four-time All-Star who only played two years in the minors, he was known as one of the greatest clubhouse leaders of his generation. He’s also the guy who got known racist and then-owner of the Cincinnati Reds, Marge Schott, to change the club’s facial hair policy. He hit 50 homers and drove in 119 runs in 1998. Then he got traded. The next year, he hit 45 and knocked in 118. Cold game.

“What else could I have done to stay?” he said. “I learned that from Dave Parker and Robin Yount. Hey, man, you gotta be a pro. It’s an honor, it is a privilege to take this field. You just don’t get to walk out here. You know?

“And so this day is extra special because we get to see what the people before us had to go through.”

It’s a level of respect for the game that hasn’t paid him back. These days, he spends his time golfing and as a vintner, with his new collection, 23 Wines, named after his jersey number in his playing days. 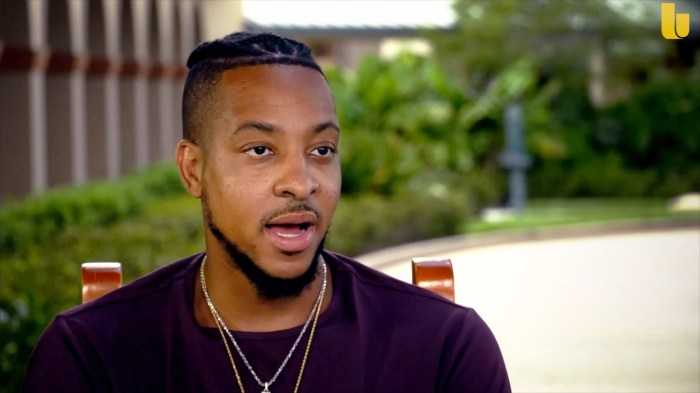 “I’m a wine guy. I am a wine connoisseur,” Vaughn explained with a laugh. “I was in there with a beaker and I wanted to make something that I could drink and I liked.” The proceeds of his sales go to the Vaughn’s Valley Foundation, where he’s looking out for the youth of his hometown.

“We were able to buy 10,000 Chromebooks, 20,000 whiteboards,” he noted. “Once again, living in this great state of California and in the capital, somehow our kids, with distance learning, don’t have the same opportunities that everybody else does. I gave all the first responders, essential workers immune IVs to say thank you to them for the work that they did. I’m all over the map.

“And so about these kids, man, you know, it’s about giving them a chance. I believe we’re all disciples. I was blessed, why not bless somebody else.”

Dominic Morris is shooting the breeze in the Monarchs dugout after a ground ball out, marveling at how it felt to get back in the batter’s box. A former high school player from Oakland, California, who went to the famed Berkeley High School, tried out at Sacramento State but didn’t make the squad, his zeal for the game never went away. To suit up again was a real thrill. But he’s put in work for the sport for quite some time.

“I started up a rec baseball league that lasted for almost 10 years. I love the game of baseball and I thought if I wasn’t going to play anymore, I might as well, you know, make an opportunity for more people to play. I was getting my marketing degree at SAC State and I was just kind of applying the principles of business to baseball,” Morris, 32, said.

Years ago, he too had put together a Negro League appreciation game with his twin brother, but the grind overall is what he learned the most from.

“It made me appreciate, you know, my little leagues and all the little organizations that I was a part of growing up. You know, all the back-end work over at hiring umpires and getting the field permits and little stuff like that. It made me like the game of baseball just that much more.”

Hopefully next year they can get another one off the ground.

The coronavirus pandemic made the planning drag out, but ultimately the people who were supposed to be honored got their due and the men of Sacramento who love baseball got to run and throw and field and hit in a professional ballpark with most of the bells and whistles.

Sullivan, who had also enlisted both Vaughn’s and Manuel’s sons to be a part of the proceedings, hopes to keep that theme going in years to come. At 56, Sullivan is still doing his life’s work of baseball and tying it into what he believes is his responsibility. In between innings, he’s encouraging guys to run hard and represent themselves as best they can. You never know when you won’t get another chance to play.

But on this day, he’s just glad that everyone pitched in and got the effort off the ground. The number of Negro League jerseys in the stands and joyous cheers from the crowd let him know that even though Black folks might not get the shine we deserve, there is still joy to be had on the diamond.

“I was so nervous for the past couple of weeks. I mean, I couldn’t sleep. I’ve been going crazy,” Sullivan said, while looking on from the dugout. “The real nice thing about it today is seeing over 350 tickets sold over what I was told, about 500 people came into the stands, and just to hear them clap and see the kids smile, just makes my day.”