One of the greatest players in MLB history sits outside the Hall, and Cooperstown remains too focused on the enshrinees alone

Cooperstown, New York, is not a “cool” place by any stretch of the imagination. The small town in upstate New York has some nice things, sure, and the seat of Otsego County is fine, but the most interesting thing there is absolutely the National Baseball Hall of Fame and Museum. As a 40-year-old lifelong fan of the sport who played through high school, I couldn’t possibly care less about it.

On Tuesday, the Hall announced that David Ortiz, the congenial designated hitter who began his career with the Minnesota Twins but made his name as a clutch bat for the Boston Red Sox, would be the sole player enshrined this year from the ballot. He’s the only player from the last two cycles, for that matter. More players got in from the various committees who vote as well, it should be noted.

Overall, it’s impossible to state how far removed the entire idea of Cooperstown feels from actual baseball these days. Its place as a location to revere and honor the game, physically and otherwise, barely registers with the average fan. After years of self-important bellyaching from many members of the Baseball Writers’ Association of America about steroids, political stances and pretty much everything except baseball, nobody cares. Just like in real life in the streets, if a club becomes a little too exclusive for even the average person to consider it, folks stop showing up.

‘The MLB world has a lot to learn about itself, and acting like one of the greatest hitters of all time didn’t exist is not only silly, it’s lame’

The failure of what the National Baseball Hall of Fame is, never mind who it admits, is multifold. We can go back and forth about the relative merits of who should have a plaque, or what cap a player will wear, but the overall vision of the Hall’s importance is honestly too focused on the enshrinees alone. It’s worth noting that Major League Baseball does not run the Hall of Fame. They are entirely separate entities that do not necessarily work in each other’s best interest, oddly enough.

Take, for example, Lee Smith. The guy finished his career with the most saves in MLB history and it took him a veterans committee vote to get in.

There’s just too much history surrounding baseball for these two entities to not be working together to remind people of the living, breathing parts of the game while folks are actually still with us. Because currently, the idea that old guys are fighting with each other to keep other old or dead dudes out of their precious little circle is just plain boring.

“My family and I put the HOF in the rearview mirror ten years ago. I didn’t play baseball to get into the HOF,” Roger Clemens wrote on Twitter. “I played to make a generational difference in the lives of my family. … Then focus on winning championships while giving back to my community and fans as well. It was my passion. I gave it all I had, the right way, for my family and for the fans who supported me.”

Nobody’s going to forget who Clemens is just because his face isn’t on a wall in bronze. We have the internet for that now, in terms of really remembering what people did. The Hall of Fame has felt like it’s been stuck in what is akin to the pre-high-definition era of television. During a lockout, in particular, the entire process has never felt more archaic and dated.

Which brings us to Barry Bonds.

The so-called legitimacy of the Hall of Fame is one thing. But the experience of who the player was is another. Sammy Sosa and Mark McGwire are often touted as having brought MLB back to popular culture with their home run race in 1998. There is a feeling that because of a greater good to the game we sort of forgive those two in our collective consciousness — because the homers were just too fun, is the theory. Bonds was given no such grace in his post-record-breaking years.

It didn’t help that when he actually did get back to the game in 2016, via a hitting coach job for the Miami Marlins, it went terribly, with former team president David Samson calling the stint a “complete disaster.” That year, Marlins infielder Dee Gordon tested positive for performance-enhancing drugs. Horrible look all around, sure.

But again, this is Barry Bonds. In my personal opinion, he’s the best baseball player ever. Watching him hit baseballs was a borderline religious experience. And from a competitive standpoint, a completely different thing from anything we’d ever seen. 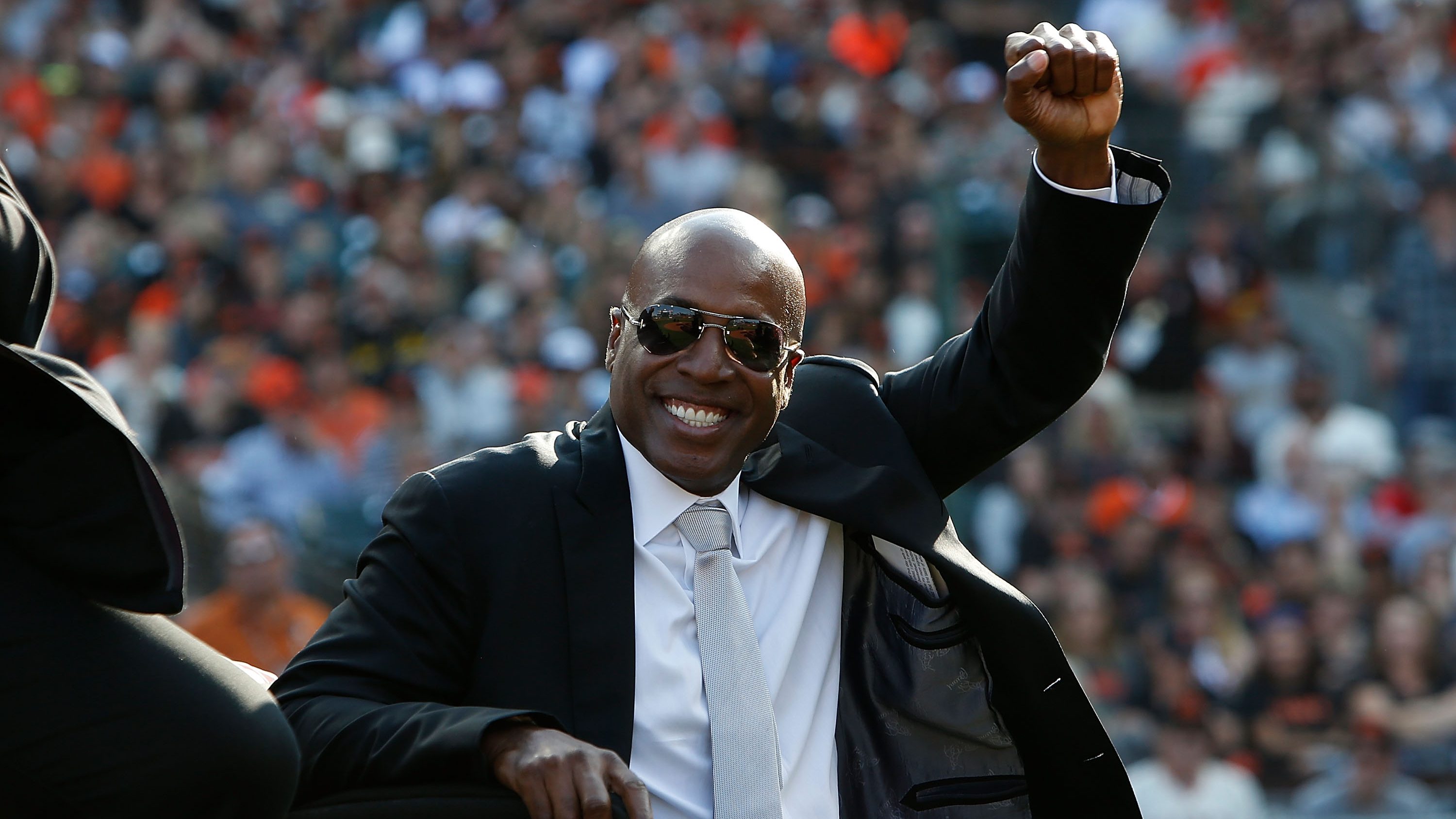 Will they throw him a strike? Will he get a chance to even swing? Will he hit a homer? Getting intentionally walked with the bases loaded or better yet none on? Step right up and get your tickets, kids. It really was a circus. If you want a truly deep dive on this particular matter, check out Jon Bois’ work from Chart Party. It will blow your mind.

Beyond the compilation of numbers, the in-game, day-to-day experience of seeing him work was really incredible. He was just that good. The cover of a 1993 Sports Illustrated magazine perfectly summed up what he was like. I’m Barry Bonds, And You’re Not, it read. Yes, I will be telling my proverbial grandchildren that I got to see him play.

What we’re really missing by certain people — never mind the home run king — from Cooperstown, is the desire to officially recognize what were unmistakably great careers, in reality. The MLB world has a lot to learn about itself, and acting like one of the greatest hitters of all time didn’t exist is not only silly, it’s lame.

Which is a problem that MLB has been fighting for decades. Do you want to be popular or do you want to push phony agendas surrounding your game? Bonds, for all the things he did in his life, was always important on the field. Alas, the National Baseball Hall of Fame is completely irrelevant in the baseball world and has been for some time.

MLB can only pray that it isn’t right behind it.