CHICAGO – Team LeBron was a tough opponent for Giannis Antetokounmpo during Sunday’s All-Star Game, as Team Giannis lost 157-155. But his biggest challenge this weekend came when former President Barack Obama gave the NBA superstar advice on how he could better the world.

“I want you to be a little more public, Giannis, because I think you have something to give in terms of giving back,” Obama said at the Obama Foundation fireside chat on Saturday during the 2020 NBA All-Star Weekend. “And you can set an example for the people.”

The Milwaukee Bucks forward is the reigning league MVP. He is an international superstar who was born in Greece and has roots in Nigeria. And his platform is only going to grow as the future face of the NBA with LeBron James’ career winding down. The 6-foot-11-inch forward already has 7.3 million followers on Instagram, the third-highest selling jersey in the NBA, and a smile that rivals Magic Johnson’s famous grin. But Antetokounmpo has been mostly a private person since coming to the league in 2013.

So for the sports, political and Chicago dignitaries attending the Obama fireside chat, which included Chris Paul and Kevin Love and was hosted by ESPN commentator Michael Wilbon, this was an opportunity to get to know more about the low-key Antetokounmpo.

“Me and Giannis have never really, like, talked talk or whatnot,” Paul said. “But … the coolest thing that I always see about him, because I pay attention and stuff, is to see the way your three brothers were just sitting here listening to you. Everything you do, man, I see you the happiest when you got your family around. So, whether people say you private, whatever … I see the genuineness in you.”

“I appreciate the fact that Giannis is private,” Obama added, “and I liked that in him, by the way. You can tell he just focused, because momma did a good job. So, he’s not running around. He’s like, ‘No, I’m hitting the gym and I’m going home,’ which is great.”

Antetokounmpo’s private nature comes from growing up with immigrant parents in Greece. Charles and Veronica Adetokunbo moved from their native Nigeria to Greece in 1991 hoping to find more opportunity after struggling with employment. They lived in daily fear of being deported. 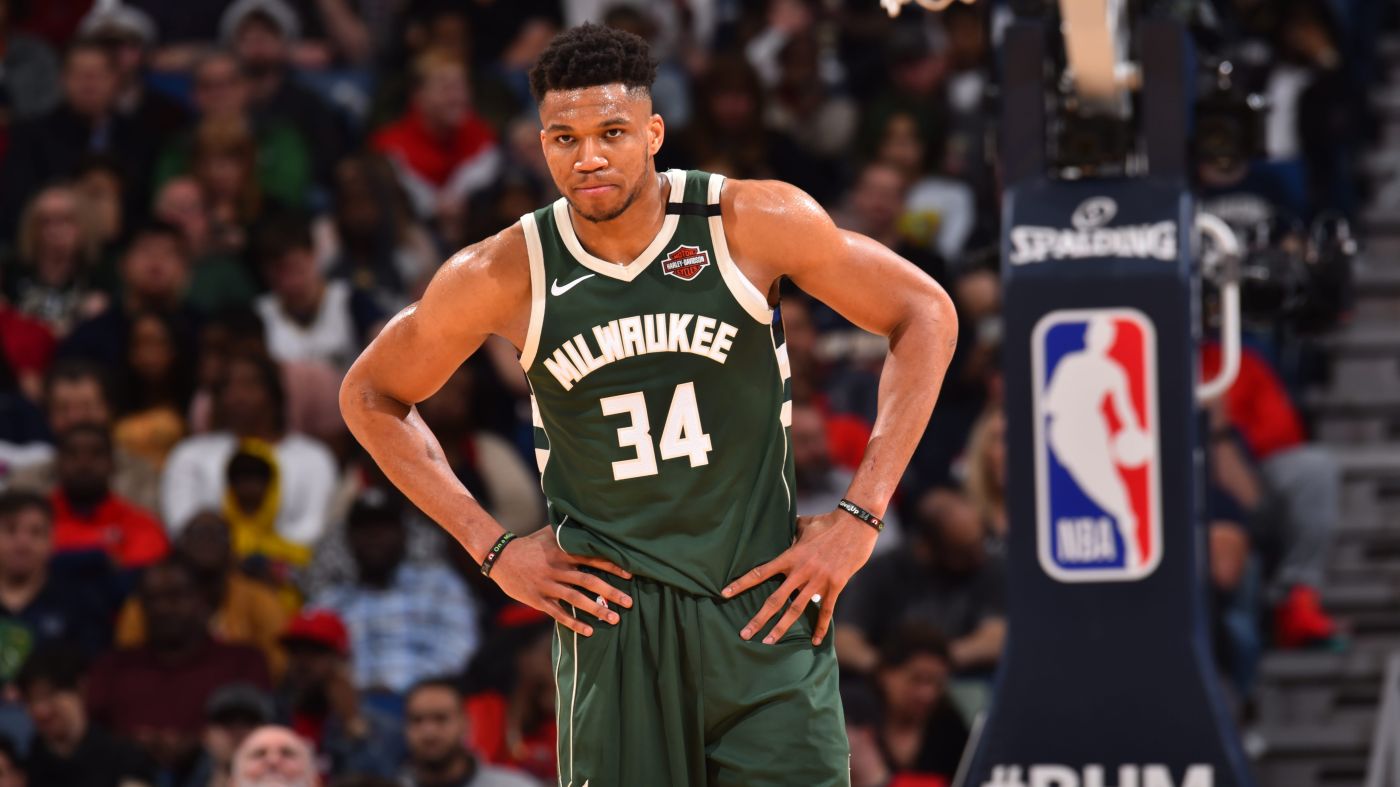 “My parents, and my dad used to work all the time to provide for us food and it was extremely hard for them. So, we had people in the neighborhood and, imagine this, we were living in a white neighborhood, right? We [had] immigrant parents. They were illegal, basically. So, we had to have our circle really tight and really close and trust people that we knew that wouldn’t go behind our back and snitch on us or want anything bad happen to us. So, we trust people so that they were able to help us, lead us, and put us in a position that we are today.”

Bucks All-Star forward Khris Middleton, who has spent the past seven seasons with Antetokounmpo in Milwaukee, said he sees his teammate growing every day.

“When he first got to Milwaukee, it was him, by himself, 18 years old,” Middleton said. “You could see he was a little sheltered. That’s tough being in that situation, moving halfway across the world by yourself to a place you have never been before. So, with him it’s about who he’s known, who he can trust.”

Middleton was excited to hear Obama’s words of encouragement for Antetokounmpo to open up more.

“He is such a young guy,” Middleton told The Undefeated about Antetokounmpo. “He is a smart guy who is all about giving back. He is all about affording persons what they should have in their lives. For President Obama to say something like that, it should really hit home to him. He should really do it.”

That said, Antetokounmpo is still only 25 years old and became a first-time father just last week after his son was born.

Antetokounmpo has quietly done the lion’s share of his charity work in Milwaukee. In Greece, he also started a basketball academy for unprivileged youth and has raised money for a childhood cancer charity program. And by being named the leading vote-getter for the Eastern Conference, he earned the right to select Chicago’s After School Matters, an after-school and summer program for the underprivileged, to receive a donation of $100,000.

“I’m in the position that we can give back,” Antetokounmpo said. “So, as much as I can right now. I really don’t have a mission. But all I know is that people gave to me. I got to give back within Milwaukee, in the community. I try to help as much as possible, try to be involved as much as possible.

“I think one thing is that there’s a lot of poverty going on in Milwaukee. So, I try to be involved in the community in different programs that I can just basically help as much as I can.”

The Bucks enter the second half of the season with the league’s best record at 46-8 and a dream of reaching 70 wins. Antetokounmpo has the opportunity to lead the Bucks to their first NBA championship since 1971. The Athens native is also expected to play for Greece during the 2020 Games in Tokyo and visit Nigeria for the first time this summer.

And perhaps he will take Obama’s words of wisdom with him.

“What I learned is in order for you to change people’s lives … hope that other people can change and follow the right path,” Antetokounmpo said Sunday after the All-Star Game about his chat with Obama, “you gotta be able to be more public.”