While holed up in a bubble setting during a USA Basketball training camp in early February, some of the best American players in the game traded stories on how they’ve spent the WNBA offseason.

For a handful of players, the training camp and ensuing FIBA World Cup qualifying games served as a break from their overseas seasons, with many of them converging in Washington from different corners of Europe.

Kelsey Mitchell had also traveled to Washington in the middle of her pro season. But unlike her peers, Mitchell flew domestically. She arrived at training camp from Las Vegas, midway through the inaugural season of Athletes Unlimited, a new women’s professional league. The fourth-year Indiana Fever guard was peppered with questions about her first year in Athletes Unlimited.

“Everyone asked, genuinely wanting to know what the opportunity was like,” Mitchell said. “Kelsey Plum talked to me. Me and Ariel Atkins talked about it. Me and Allisha Gray talked about it. Stefanie Dolson. Kayla McBride.”

Athletes Unlimited, which officially completes its season on Saturday, finds itself in a unique position within a WNBA offseason on the verge of a potential shift. Conversations around prioritization, a clause within the WNBA collective bargaining agreement (CBA) that will force players to prioritize the league over the overseas teams they play for in the offseason, are becoming louder. Athletes Unlimited could quickly become a major force for players who need alternatives when the WNBA isn’t in season.

Said Lexie Brown, one of the participants in Athletes Unlimited: “I think it can change the landscape of women’s basketball in the States.”

In its first season, Athletes Unlimited has taken a bold step in an attempt to establish itself as a player in the winter sports landscape and prove that year-round women’s professional basketball is viable in the United States.

The league, which is composed of four teams of 11 players, prides its identity as a player-driven system. Players compete under a point system that rewards both individual and team performance. The top four players on the leaderboard serve as the team captains for the following week of play, with a draft changing the composition of every team each week.

Players for Athletes Unlimited will earn an average of around $20,000, including bonuses based on performance. Top performers in the league can make between $40,000 and $50,000.

“I just hope that we can continue to be an option for players, a good option.”

On the court, Athletes Unlimited has created a distinct atmosphere for its players. Rosters are made up of individuals with various levels of playing experience, ranging from college to overseas to WNBA champions in the case of players such as Natasha Cloud, Tianna Hawkins, Jantel Lavender and Brown.

There are no official coaches in Athletes Unlimited, though the league brought in veteran WNBA coaches such as Plenette Pierson, Pokey Chatman and Shelley Patterson to serve as “facilitators” for each team.

The league also uses a Player Executive Committee, a group of five that includes founding players Cloud, Sydney Colson and Ty Young, which serves as a feedback source for the league.

The games, played at Athletes Unlimited Arena at Sport Center of Las Vegas, were attended by intrigued and newly-minted fans scouting their new early favorite players in the league. Those streaming the games can hear a familiar basketball voice in WNBA legend Sheryl Swoopes, who provided color commentary.

The player-driven nature combined with the changing makeup of team rosters has delivered an on-court result that marries a summer league vibe with pro-level intensity. Mitchell compared the environment on the court with being like a kid on the playground.

“It is still a pro league, but there’s so many things in a professional atmosphere that have been removed from this one,” Brown added. “The politics, the jealousy, the envy — all of that is gone. Everybody is just out here hooping. Here, it’s really just all about the basketball.”

Each player in Athletes Unlimited also plays for a cause of their choice during the season for which the league will provide funding equal to 50% of their season bonus. Causes range from cancer research and Planned Parenthood to the Mamba & Mambacita Sports Foundation.

Another feature of the league was the approach to child care. AU encouraged playing moms to bring their children, provided a playroom in the designated players’ lounge and recommended babysitters during their stay — though other players have readily offered their nannying services to those in need of a break. Odyssey Sims, whose son Jaiden was born just before the 2020 WNBA season, said that support has been a real plus for moms in the league.

“The little things like that makes us moms feel more comfortable, because it’s not easy to be a full-time athlete and a full-time mom,” Sims said.

Eleven of the 44 total players in the AU’s first season were WNBA players. But there’s reason to believe that number will grow in its second season.

With the new CBA, many players will have to decide how they spend their offseason. When the new prioritization clause goes into effect in 2023, WNBA players will be fined for failing to report to training camp. By 2024, players who don’t show up for camp will be suspended from the WNBA season entirely.

Players in their first two years in the WNBA are exempt from prioritization. Additional exceptions will be made for reasons such as national team commitments or graduations.

The issue was emphasized earlier this month when Seattle Storm star Breanna Stewart said that for her, prioritization was “the biggest topic of conversation in the WNBA.” While leagues such as Athletes Unlimited likely won’t be attracting players like Stewart, who can make seven figures overseas, it was notable that one of the faces of the league placed the issue of prioritization at the forefront of offseason discourse.

“I think if the WNBA is wise, it’ll work with AU,” said Brown, who opted not to return to her overseas season in France after the holiday season. “I’m hoping that AU will get bigger and better so that those players who have to be back for training camp will have an alternative opportunity in the States.” 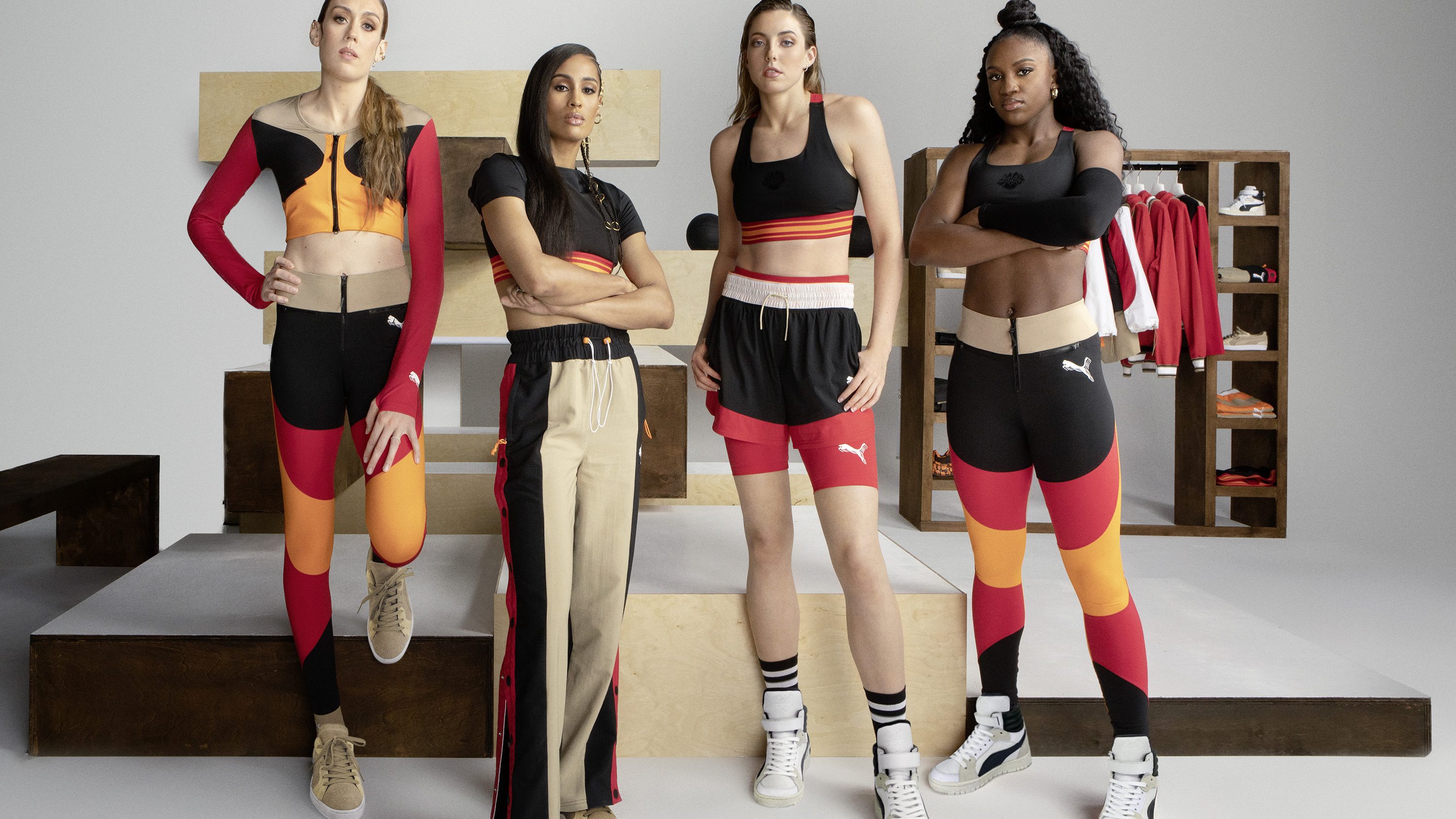 “I realize that that’s a priority and I realize it seems like Athletes Unlimited fits in very well with that this season,” Patricof said. “I just hope that we can continue to be an option for players, a good option.”

Even with prioritization looming, players say they had long been fatigued by the demands of an overseas season. While all acknowledged the earning potential of playing internationally, the mental and emotional costs that come with such a commitment dissuaded them from returning this offseason.

Said Isabelle Harrison, who plays for the Dallas Wings of the WNBA: “I’ve spent more time with my family than I have in years. I’m able to actually enjoy the city that I play in. I’m able to, in a sense, kind of have my life back.”

Harrison has been one of Athletes Unlimited’s top performers all season and has been a team captain for four straight weeks. She says the visibility that has come with her performance has helped her to build her brand in ways she might not be able to achieve overseas.

“I’ve been getting a lot of attention from this league,” Harrison said. “I feel like people are starting to put respect on my name.”

Harrison, Brown, Sims and Mitchell each said that they will strongly consider returning to AU again next offseason, adding that they’ve all been in contact with other WNBA players who have shown interest in playing in the league in the future.

“I try to have a good level of humility and recognize that this is our first season and that there’s a long way to go,” Patricof said. “Our aspirations are to build a league that is around for a very very long time.”