At SwinCity, a Pro-Am league and hoopers are growing together in Dallas

In its second season, the league’s founder, Tony Swindle, has studied the other successful pro-ams to attract players from across the country

It’s the closing seconds of the game, the Exclusive Sneaks trail by three, and everyone in the gym knows it’s the guy with NBA experience who’ll attempt to send this SwinCity Pro-Am game into overtime. Emmanuel Mudiay, the 2015 NBA lottery pick, takes a pass at the right elbow and begins to operate.

Mudiay spins past a defender and gets a good look at a 3-pointer that clanks off the front rim. But, lo and behold, the ball somehow finds its way back into his hands in the right corner. With 2.7 seconds left, Mudiay couldn’t be more wide-open on his second attempt at a game-tying shot.

While it’s a loss for Mudiay and his Exclusive Sneaks teammates, this season’s proving to be a win for SwinCity, which filled a void in the Dallas area when its founder, Tony Swindle, launched its pro league last year.

“Tony asked me to play in the league to help get some exposure, and I was glad to do that,” said Mudiay, who was picked seventh overall in the 2015 NBA draft by the Denver Nuggets. “Texas has long been known as a football state, but we have a lot of basketball talent here. This league is growing — it’s bigger than last year — and hopefully we can keep moving in the right direction.”

The foundation for the pro league appears solid with Swindle, a longtime basketball junkie who has devoted much of his life to helping the youth of the Dallas Metroplex area hone their hoop skills, creating a gathering spot for local ballers. Swindle took on the role of a student as he traveled to places including New York (Dyckman), Los Angeles (Drew League) and Houston (No Excuses Pro League) to help sharpen his vision for SwinCity.

On game days at Hillcrest High School in North Dallas, Swindle is in constant motion, going from greeting players to make sure they’re cool to mopping the floors when a player falls to picking up a camera and capturing shots that are posted on the league’s Instagram and Twitter feeds.

“Texas has long been known as a football state, but we have a lot of basketball talent here. This league is growing — it’s bigger than last year — and hopefully we can keep moving in the right direction.”

His right-hand man, Austin Brewster, is also busy transitioning from his duties on the mic as the game’s public address announcer to brief stints on the turntables playing the music that’s nonstop from the first to last games.

“With the talent in Dallas, this league has the potential to be up there with the biggest in the country,” said Brewster, a Houston native who has coached high school basketball. “With recent guys like R.J. Hampton and Tyrese Maxey, there are so many players coming through here.”

The intent: To get those current stars from the Dallas Metroplex — guys in the NBA, and players from major college programs — to duplicate what players did in the past in Dallas, and what players are doing in leagues across the country, like what happened recently at the Drew League with appearances by LeBron James and Trae Young.

“Back in the day we had some great leagues here where guys like Larry Johnson, Rolando Blackman and Mark Aguirre would play, but recently there has been a void,” Swindle said. “We have a lot of great basketball in Texas, and especially here in Dallas. The intent is to create a positive atmosphere for all of us to just come together.”

Swindle also launched a women’s league in 2022 which features Odyssey Sims (2019 WNBA All-Star with the Minnesota Lynx and 2012 NCAA champion at Baylor) and Andrea Riley (2010 WNBA first-round pick by the Los Angeles Sparks). Riley wore a mic in a recent game.

The female players appreciate the chance to continue to play organized ball.

“I knew I had to get a squad when I heard about the league,” said Akil Simpson, a three-time All-Conference player at SMU before playing professionally in China, Finland and the Netherlands. “To all be under one roof — the WNBA players, the overseas pros and our babies, the high school players — has been a lot of fun.”

It was the SwinCity social media push that provided the bait for Dimitrius Underwood, who was on the verge of transitioning from an All-American senior season at Division III Texas-Dallas to the College of Charleston for a graduate year.

As Underwood watched highlights from what was happening in his own backyard — flashy videos, the big-time ballers and the fly uniforms — the Mesquite, Texas, native was thinking “How can I be down?”

So when his season at College of Charleston ended (he averaged 11.5 points and 6.7 rebounds in a successful transition to Division I basketball), he reached out.

“I had seen a lot about it last summer, and I really wanted to play, so I called Tony and said, ‘I need to get in,’ ” Underwood said. “All the buzz got me excited.” 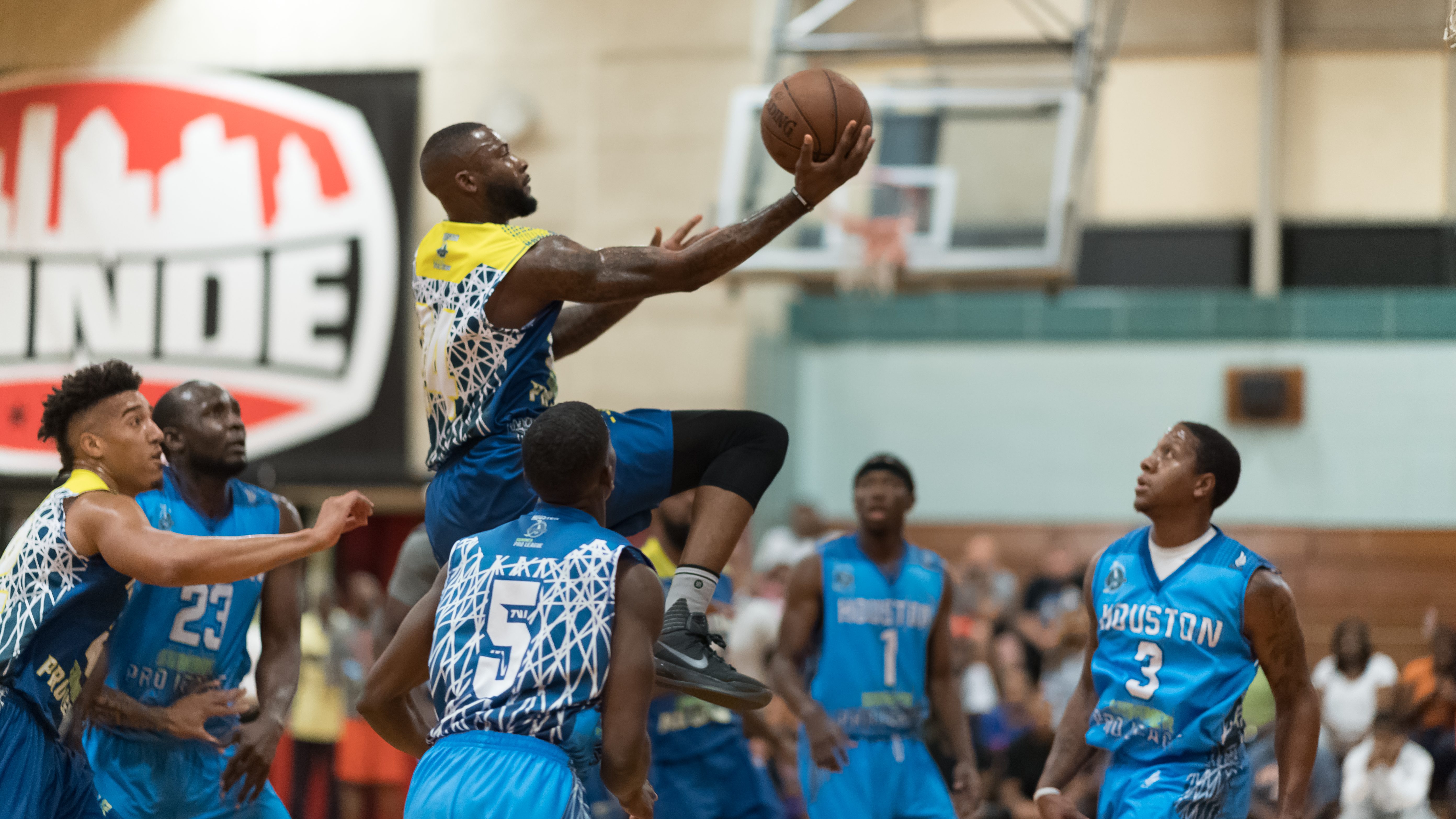 “I’ve never been on the court with other elite players, so this is helpful for my game,” Underwood said. “I’ve gone from being a main option to playing here and not being on the ball as much, so it teaches me how to mesh and I’m enjoying that aspect of learning the game.”

Not only learning but further development of his game, which Underwood hopes will be an option in future summers.

“People call Dallas the new mecca because of the people moving here, and if that’s true then there’s no reason why SwinCity can’t blow up,” said Underwood, just the second All-American basketball player in Texas-Dallas history. “I just hope the big-time talent comes out with their support, so we can keep this going.”

In a gathering of local basketball talent — past, present and future — wanting nothing more than to procure local bragging rights, Jamelle Cornley’s presence appears a bit out of place.

He’s 35, but playing alongside a group of prep school and young college ballers some of them nearly half his age.

And he’s not even from Texas, having ventured to Dallas from his hometown of Columbus, Ohio.

But Cornley, an All-Big Ten player as an undersized power forward during his four-year career at Penn State (2005 to 2009) isn’t playing the role of hired mercenary here in Texas. Corney is assuming the dual roles of player and teacher at the request of a good friend, Mounir Benzegala, who’s the head coach at Spring Creek Academy in the Dallas suburb of Plano.

“I have a simple role: to teach these young guys how to play the game, the proper spacing of the game and how to approach a game,” Cornley said. “For them, I think it’s important to have these young players be able to pick the brain of an older player. For me, it’s an opportunity to give back while doing something that I love.”

And the players listen, especially after learning about Cornley’s credentials: Big Ten Freshman of the Year (2006), third-team All-Big Ten (2009), and professional stops in the Philippines (where he was the Philippine Basketball Association’s best import in 2012), France, Mexico, Korea and the G League.

“I played in the Kingdom Summer League in my hometown, but I haven’t been in any others,” Cornley said. “I love it here, the pace, the chance to play against crafty, witty guards. It’s a good vibe.” 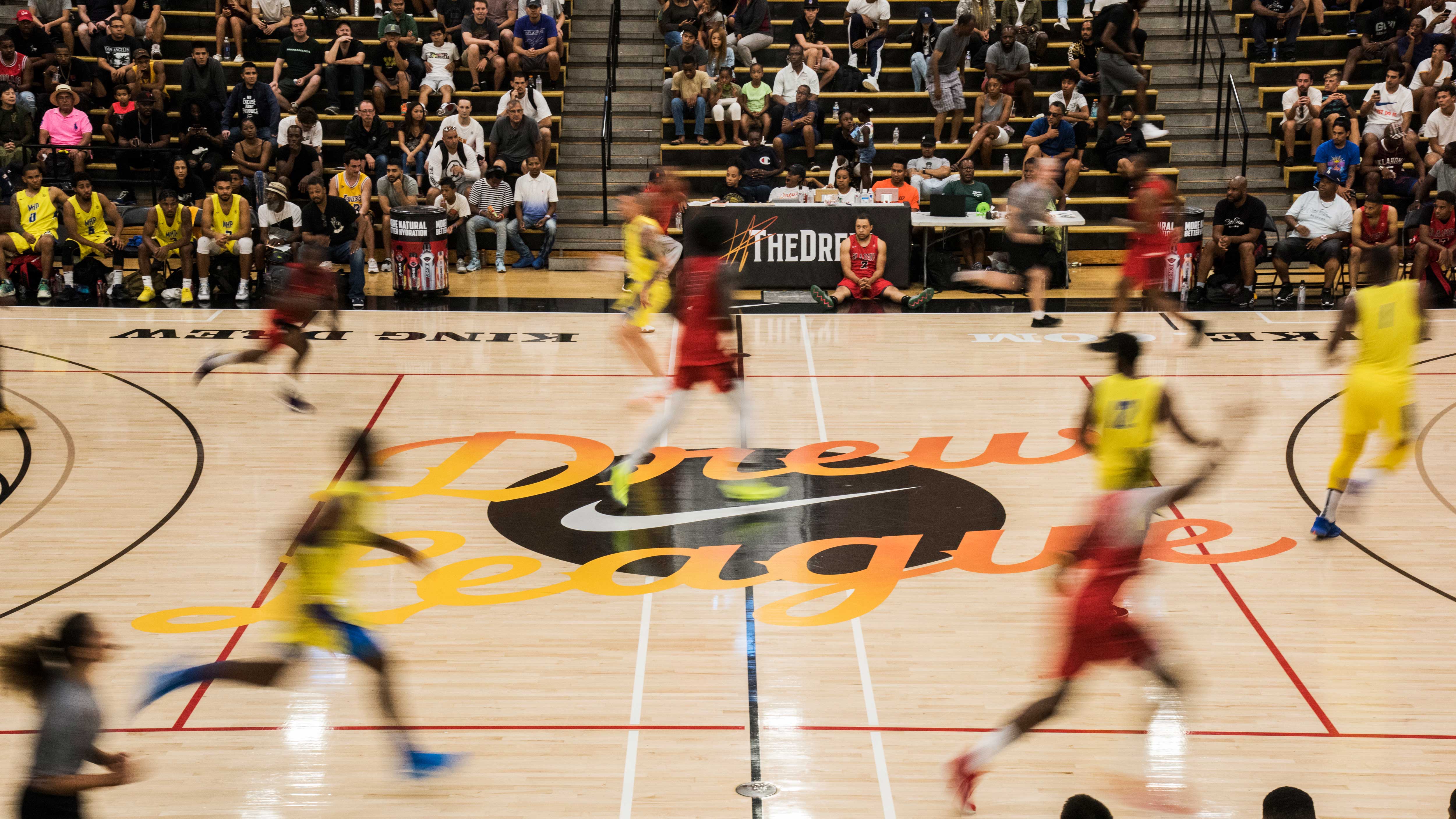 What Cornley won’t experience a lot of this summer as he plays on a young team taking on more established talent: winning.

“It’s tough because I like to win,” Cornley said. “But at the same time I understand that winning at this point in my life and career is a little bit different. If I can get something out of these guys and help them cultivate their game and their craft, that’s a win for me.”

One of those young guys getting a chance to cultivate his game is Geronimo Rubio De La Rosa, a Spring Creek Academy product who averaged 12.3 points last season as the starting point guard at Columbia University.

“It’s great for me to go against all these great guards who have had a lot of experience overseas,” De La Rosa said. “I just played my first game and the biggest thing I learned? How hard they play, and that they don’t call a lot of fouls.”

It’s minutes after Mudiay’s failed heroics and, after briefly lying sprawled on the floor after his game-tying 3-point attempt bounced off the rim, there’s no sulking.

For Mudiay, a seven-year NBA veteran who played briefly with the Sacramento Kings last season, the league is an opportunity to strengthen bonds with Dallas-area players he grew up playing against as well as establishing relationships with the next generation.

“Most of all go way back, and we talk a lot of trash when we’re out there,” Mudiay said. “But it’s all healthy competition outside of here. We all want to see each other be successful.”

He’s just happy that now, with the launch of Swin City Pro-Am last summer, he can continue that tradition of playing competitive summer basketball at home.

“I’ve played in many places: New York is more rugged, Drew League is more finesse and here you get a mix of both,” Mudiay said. “I’ve played in other pro-ams here in Dallas, and I’m happy with what Tony is doing here.”

And Swindle, the man of many jobs, is eager to maintain the buzz that’s created an environment where the local talent wants to be involved.

“We get calls from guys who want to play all the time, and we want to get to the point where the kids coming up through this area now will want to be a part of what’s going on with Swin City,” Swindle said. “We’re just getting started. I’m going to keep studying the other leagues, and we’ll keep this thing growing.”