As Kawhi comes for the kings, he best not miss

One win away from the championship, the Raptors need more from their star to avoid a Game 7

For Kawhi Leonard, it was a chance to make history. With the Toronto Raptors down by one in the closing seconds of Game 5 and Leonard holding the ball in his massive right hand, a power dribble leading to a pull-up, game-winning jumper would have been the perfect ending for the best player in the playoffs.

But Leonard passed the ball and gave up the opportunity to join Michael Jordan (1998) and John Paxson (1993) as the only two players since the 1976-77 ABA-NBA merger to hit game-winning shots while trailing in the final 10 seconds to win the NBA Finals, according to ESPN Stats & Information.

Leonard, though, made the right play. He had been immediately doubled by Klay Thompson and Andre Iguodala as soon as he put the ball on the floor. Instead of forcing a bad shot, he passed to an open man. To all the internet cowards trolling Leonard, perhaps they are in need of an intervention session with boxer Zab Judah.

To Leonard, the criticism was laughable.

“I mean, two guys came up on me, I don’t know if I could have got a shot off,” Leonard said after Game 5. “If you got two guys on top of you, you have to try to find the right play.”

He’s right. With that said, he needs to be better with his team one win away from the championship. Leonard, for the second time this series, committed a game-high five turnovers on Monday. And it should have been more, as the officials missed a few obvious travels.

The length and defensive prowess of the Warriors have been problematic for Leonard, who has made fewer shots (an average of 8.4 field goals this series) against Golden State than he did against any other opponent this postseason. Going against three players who have been on All-Defensive teams (Draymond Green, Iguodala and Thompson) provides challenges.

Still, Leonard is averaging 29.8 points and 4.4 assists this series and has shown an ability to get shots and make the right play in difficult situations even as he’s playing through a left knee injury. His 10-point outburst in the fourth quarter of Game 5 helped the Raptors take a six-point lead that they were unable to hold.

“It’s amazing the way he plays and how he gets to where he wants to get to,” Raptors forward Pascal Siakam said of Leonard. “It never seems like he’s in a hurry. The dude is just nice.”

Nice, indeed (although the claim that he’s the best player on the planet is debatable). 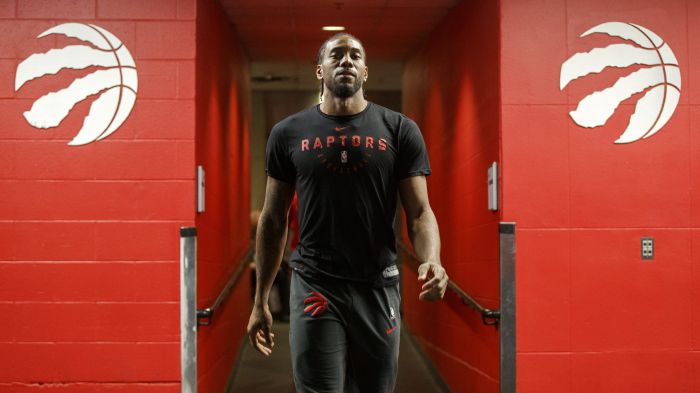 Not KD, not LeBron: Kawhi Leonard is the best player on the planet Read now

Still, Leonard needs to do more. He can’t afford another slow start like he had in Game 5 and has to handle the defensive pressure designed to stop him with a bit more poise and quicker decision-making. With a chance to win his second championship, Leonard can’t play at the margins. If he stays on the periphery, it could put a young Raptors team in uncharted territory with a Finals Game 7.

The key players on this Warriors team have performed under those pressures. Even in becoming the first team in NBA Finals history to lose a Game 7 after taking a 3-1 series lead (against the Cleveland Cavaliers in 2016), that experience made the Warriors wiser.

Leonard’s also been on the losing end of a Game 7 in the NBA Finals, when the San Antonio Spurs lost to the Miami Heat in 2013. The following year, he earned Finals MVP. At 22 years old, he became the third youngest to win the award (behind Magic Johnson and Tim Duncan). But the Spurs were led by Duncan, Manu Ginobili and Tony Parker. Leonard didn’t have to be the guy.

In Toronto for just a season, Leonard owns the city and much of the country. Billboards throughout Canada (and even in the Bay Area) proclaim Leonard as the King of the North. Restaurants throughout Toronto promote themselves as “Ka’Wine & Dine” establishments where Leonard can eat for free. 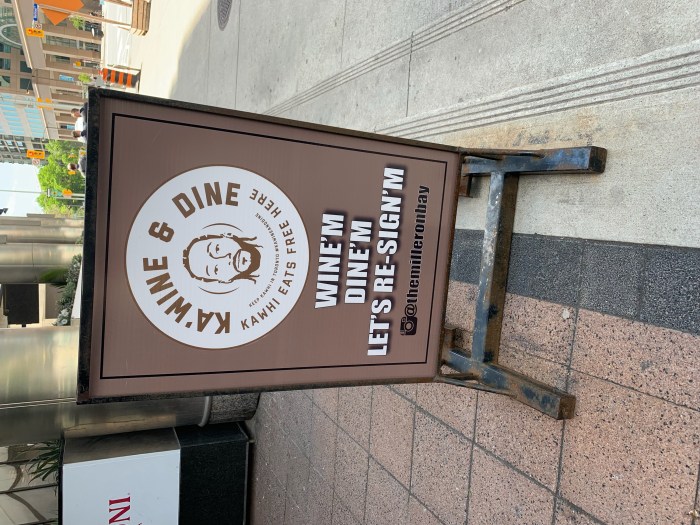 A real estate developer in Toronto offered Leonard the choice of one of four luxury penthouse residences for free if he re-signs with the Raptors. The one offered at the Four Seasons in Toronto is valued at $4.7 million. Never has a basketball star in Toronto, from Vince Carter to Tracy McGrady to Chris Bosh to DeMar DeRozan and Lowry, received that type of love.

One more win and the Raptors make history by becoming the first team outside of the United States to win an NBA title and the first champion in league history to win a title without a lottery pick.

One more win and Leonard likely becomes the 12th player in NBA history to win multiple Finals MVP awards (joining Kareem Abdul-Jabbar and LeBron James as just the third to accomplish it with different teams).

One more win and a young black basketball player from Los Angeles becomes a sports legend in hockey-crazed Canada, joining the ranks of Patrick Roy, Mario Lemieux and Wayne Gretzky.

After Monday’s loss, Leonard admitted that the team was shaky at the start of the game.

“A couple of us were playing a little bit too fast on the offensive end,” he said. “I guess nerves probably settled down from there and we started to play a little better basketball.”

The Raptors blew a perfect opportunity to clinch the series on Monday, failing to take advantage of a wounded Warriors team that lost Kevin Durant. The Warriors, meanwhile, showed why they won the last two NBA titles.

Leonard has work to do.

When Leonard won the Finals MVP award in 2014, then-ESPN anchor Stuart Scott, working his last NBA Finals and noticing Leonard delivering a response devoid of any emotion while on the podium, had to urge the quiet star to enjoy the moment, saying, “It’s OK to smile now, Kawhi.”

The best advice for Kawhi and the Raptors now as they approach their second attempt to dethrone the Warriors comes from these words of wisdom by Omar, the notorious stickup man from The Wire:

You come at the king, you best not miss.