Are you ready for some baseball? Kyler Murray was not, and big leaguers get it

Murray’s agent had hinted previously that there was a possibility Murray might actually choose baseball. Such a decision would have invigorated the initiatives MLB has launched over the past 20 years in an effort to attract talented African-American athletes flocking to football and basketball.

Alas, as baseball begins a new season, it laments the player who got away.

“I think the industry is disappointed as a whole, because you want to have the best athletes in your game,” said Del Matthews, the senior director of baseball development for Major League Baseball.

“This guy’s a rock star,” he added, referring to Murray. “It would have been a great motivator for the kids we see through all of our programs, so we’re a little disappointed not having potentially the next Bo Jackson, and all the hype that was around him.”

Murray would have been a public relations bonanza for baseball.

Last week I spoke with black major leaguers during spring training about their reaction to Murray’s signing and what it said about baseball’s efforts. This was hardly a scientific poll, but there was a familiar narrative about why talented athletes like Murray choose football and basketball over baseball.

It had less to do with what baseball was doing wrong, more with how basketball and football have become pillars and beacon lights of opportunity and swag.

“It would have been nice for the sport,” said Tony Sipp, the Washington Nationals’ 35-year-old relief pitcher. “But seeing his talent, you could see the writing on the wall. …

“Selfishly, I wanted to see him play football. The type of athlete he was with the speed, the accuracy, the unconventional mechanics he has — the side-arm throwing. It’s fun to watch.”

Sipp made the larger point that baseball is hard-pressed to compete with football, with its speed and collisions, and basketball, with its high-flying excitement.

“If you sit most of America down and ask whether they want to see a game of football or a game of baseball, a lot more are going to choose football over baseball,” Sipp said. “Football is more entertaining.”

Sipp’s candor is a sobering pronouncement for baseball, which has launched myriad initiatives to attract more young African-Americans to the game.

But the fact is baseball worked out for Sipp. He was a two-sport high school star at Moss Point High in Pascagoula, Mississippi. While he liked football and basketball, baseball was his best sport. And at 6 feet and 195 pounds, he said his size dictated his path.

Sipp has ideas about how his sport could make itself more attractive, especially to young players who have grown up in the cult of football and basketball.

“You have to make it fun,” he said. “I know for a lot of the best athletes in Mississippi, the game was too slow. …

“A lot of guys got bored, they needed more action. They come out, make the team but never make it to the first game because they feel it’s too slow.”

Especially at the early stages, baseball requires a level of patience and dedication that many young athletes, weaned on football and basketball, lack. There’s the focus on mechanics, and the weeks of practice without playing games.

Then there’s the culture. In basketball and football, there’s a significant black presence. In baseball, not so much.

“With a lot of African-Americans, they’re around basketball or they’re around football, and that’s easier for them because they want to be with their friends,” said Houston Astros outfielder Tony Kemp. “Once you play baseball, it’s predominantly white.”

Baseball is also an expensive game, with the costs of equipment, travel teams and showcases. And while a star player like Murray can look forward to a full scholarship to Oklahoma, full rides in baseball are rare.

On top of that, baseball’s minor league system makes reaching the big leagues an arduous journey. Murray will be drafted by an NFL team this spring and go directly to the bright lights of the NFL. Had he chosen baseball, Murray likely would have spent one, perhaps two seasons in the minors.

“Those who persevere, those who are willing to put in the discipline, the sacrifice, the hard work, the rewards on the other end are the highest,” he said.

Indeed, despite its apparent obstacles, baseball, in the long run, may be a much better option than football or basketball. Careers tend to be longer, and there is significantly less wear and tear on the body.

“Friends of mine who I see to this day, who were probably better baseball players than I was, tell me that they wish they would have stuck with it,” Sipp said. 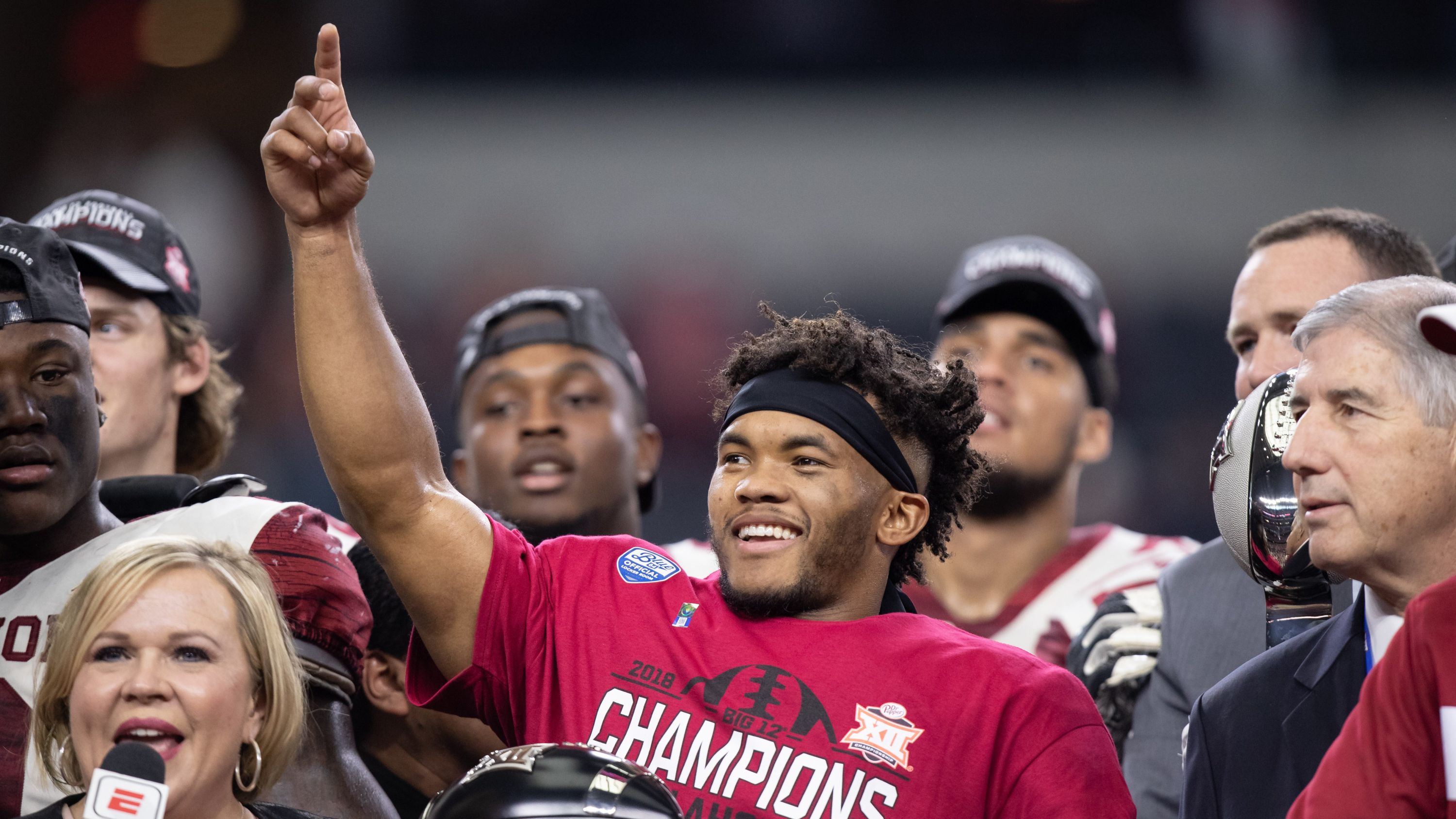 The story of how baseball lost African-American players like Murray is multilayered:

Sipp said constant encouragement must be an important component of not simply attracting more young black players but also retaining them.

“It’s a mental grind,” Sipp said. “You have to prepare them to get that mindset of grinding through practice. Once you get to the real game, it’ll be a lot of fun.”

Lewis Brinson, the Florida Marlins’ 24-year-old center fielder, said he respected Murray’s decision to play in the NFL but would have liked to have seen him in baseball.

Brinson is 6 feet, 5 inches tall and 214 pounds but never played a sport other than baseball.

Stephen Tarpley, the New York Yankees’ 26-year-old pitcher, said he was a fan of Murray’s in whichever sport he landed. Options are everything.

“Personally, I prefer any athlete to make a decision that’s good in their heart,” Tarpley said.

Tarpley was originally drafted by the Baltimore Orioles. His frame of reference for Murray is former Orioles teammate Pat Connaughton, currently a member of the NBA’s Milwaukee Bucks.

Connaughton was drafted by the Orioles in 2014 after his junior season at Notre Dame. He pitched one season for the Orioles, then returned to Notre Dame to play basketball his senior year. His dream was to play in the NBA.

“A lot of his Orioles teammates were like, ‘You’re really going to do that?’ But that was his heart, that was his passion,” Tarpley said.

As the NFL is for Murray.

“Sure, I’d love to see more people come to baseball who are great athletes,” Tarpley said. “But it’s also cool to see a player like Murray follow their dreams.”

Matthews, meanwhile, hasn’t given up hope that baseball will reclaim the one who got away. Oakland, which drafted Murray with the ninth pick, still holds his rights.

“I don’t think we’ve seen the end of Kyler Murray,” he said.

“He can definitely do both; it’s definitely not over with,” Sipp said. “I don’t think he could do both if he chose baseball first, but he could probably establish himself in football, then come over to baseball.”

For now, Sipp said, he’s quite pleased that Murray has chosen the NFL.