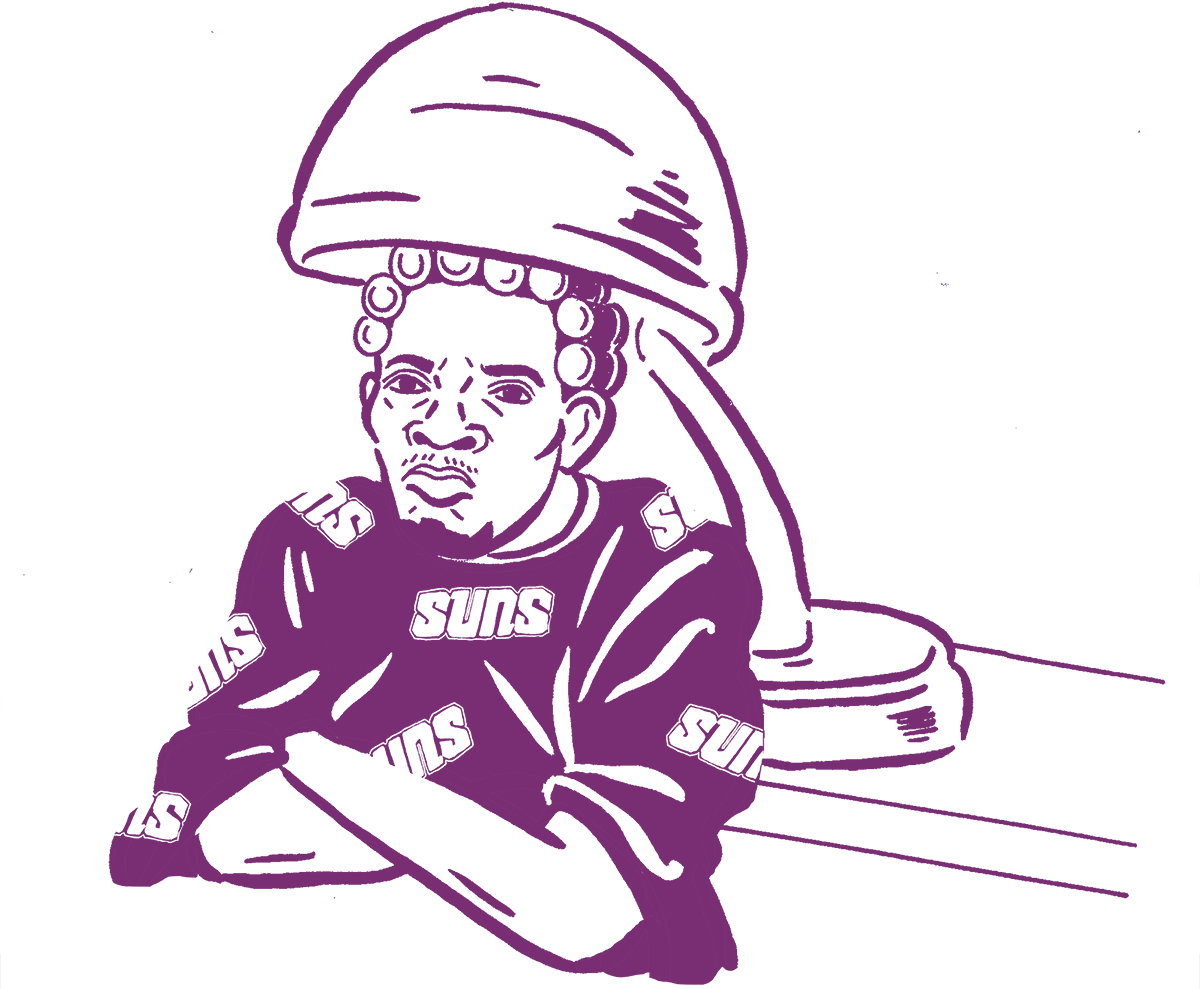 A day after tweeting “I don’t want to be here,” Phoenix Suns guard Eric Bledsoe clarified that he didn’t want to be at a hair salon, not the team he plays for, which subsequently sent Bledsoe home. In more team camaraderie news, Pittsburgh Steelers receiver Martavis Bryant, keeping it real, said on Instagram that teammate JuJu Smith-Schuster is “no where near better than me” hours before not showing up at a team meeting because he “called in sick.” Possibly violating some human rights regulation, the Kansas City Chiefs cut running back C.J. Spiller for the fourth time since Sept. 2. Cleveland Cavaliers guard Dwyane Wade, currently averaging less than 6 points a game and slowly realizing his own mortality and/or washed up-ness, told Cavs coach Tyronn Lue that he wants to come off the bench rather than start. Boston Celtics guard Kyrie Irving, obviously not regretting his decision to leave the Cleveland Cavaliers, was fined $25,000 for instructing a Philadelphia 76ers fan to “suck my d—.” After Dallas Mavericks rookie guard Dennis Smith Jr. tried to dunk on Golden State Warriors forward Draymond Green, the six-year veteran — and noted groin-kicker — told Smith Jr. “you’ll never dunk on me” and later said to reporters “that s— ain’t happening.” 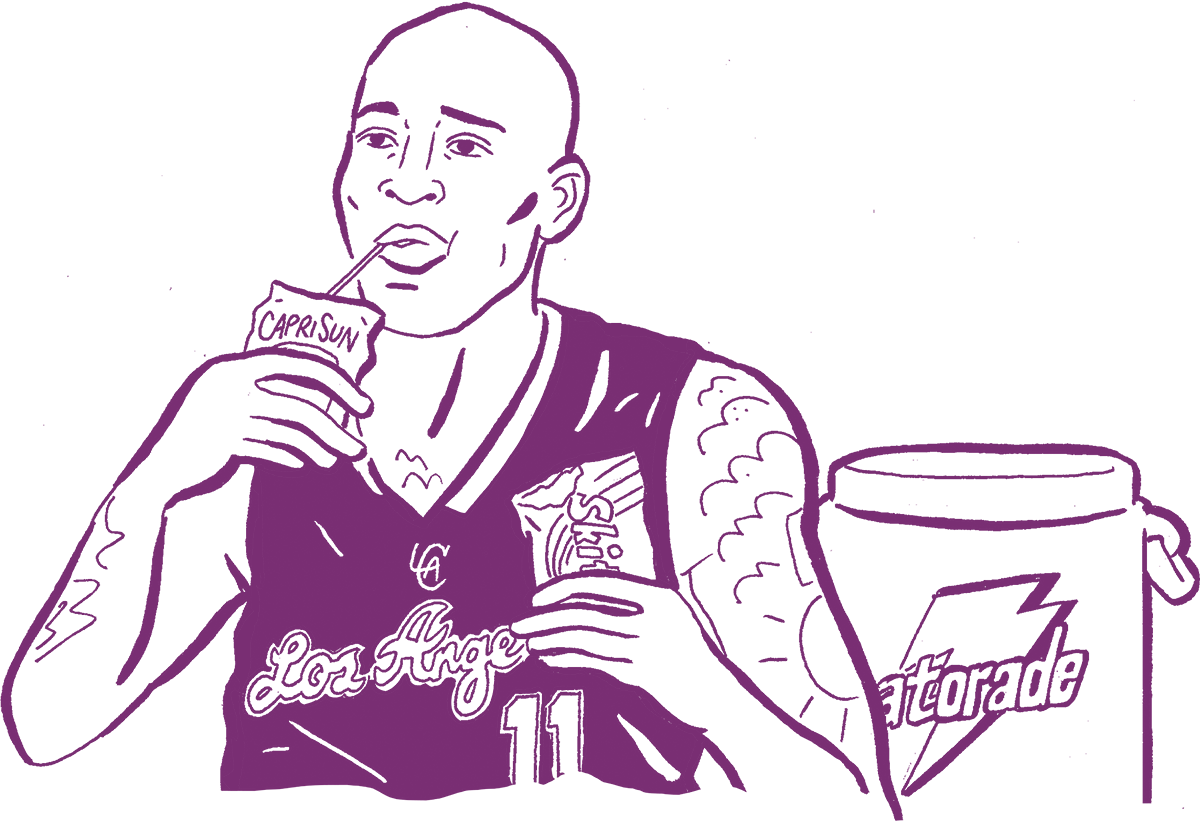 Speaking of Green, Utah Jazz forward Joe Ingles was fined $15,000 for hitting Oklahoma City Thunder center Steven Adams in the groin. Phoenix Suns rookie guard Josh Jackson, not realizing how guns or middle fingers work, said he “actually wasn’t making a gun” gesture at a fan even though he is clearly on camera making a gun gesture: “I kind of wanted to put up the middle finger to him but I didn’t do that because I felt like I was really being watched so I kind of halfway did it.” Steelers coach Mike Tomlin, not a believer in the sunk cost fallacy, said Bryant is not “available via trade” because “we’ve invested a lot in Martavis.” Fellow Steelers receiver Antonio Brown offered two home tickets to the person who returns Smith-Schuster’s bike, which was stolen by Bryant an unknown person. Minnesota Timberwolves guard Jamal Crawford, an adult man, used to not drink water, surviving on only Capri Sun, Gatorade and drawers full of “Skittles, Starburst, gummies and Red Vines.” Washington Redskins quarterback Kirk Cousins, husband of the year nominee, FaceTime’d into a team meeting while his wife was going into labor. Sixers rookie guard Markelle Fultz, who needs his arms to do basketball things, had fluid drained from his right shoulder and “literally cannot raise up his arms to shoot the basketball.” Noted Cleveland sports and New York Yankees fan LeBron James said he won’t share his opinion on the winless Browns because “I ain’t been 1-22 at nothing.” 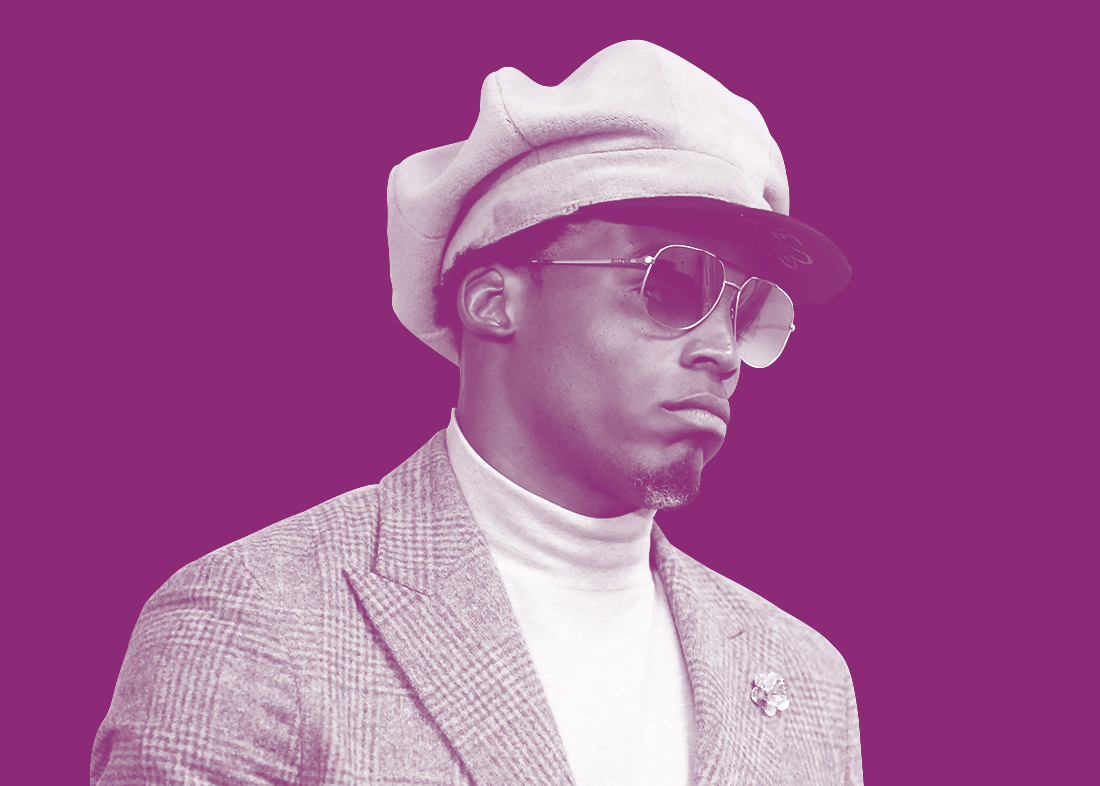 North Carolina senior guard Joel “Leeroy Jenkins” Berry II, possibly because the game was cheating, broke his right hand by punching a door after losing a video game to a teammate. Carolina Panthers quarterback Cam Newton, clearly learning his lesson from his last noteworthy press conference, rolled his eyes and left the podium after refusing to answer a male reporter’s question. Washington Wizards guard John Wall, he of “F— wrong with you, boy?” fame, said he would show “no mercy” to Los Angeles Lakers rookie guard Lonzo Ball after Ball’s father, LaVar, proclaimed the Lakers would beat the Wizards (the Wizards lost). In a development that surely has Old Bay shook, the New Orleans Pelicans announced a jersey ad deal with Zatarain’s.


Much like being invited to your ex’s wedding, free-agent quarterback Colin Kaepernick was invited to the upcoming meeting between NFL players and owners surrounding player activism. Chicago Bulls forward Nikola Mirotic is surprisingly reluctant to rejoin the team after teammate Bobby Portis broke two bones in his face last week. The Dallas Cowboys released Damontre Moore just days after the defensive lineman saluted during the playing of the national anthem, an apparent protest even after owner Jerry Jones said his players wouldn’t be seen “disrespecting the flag”; speaking of which, the Cowboys signed Moore following a DWI arrest last December. 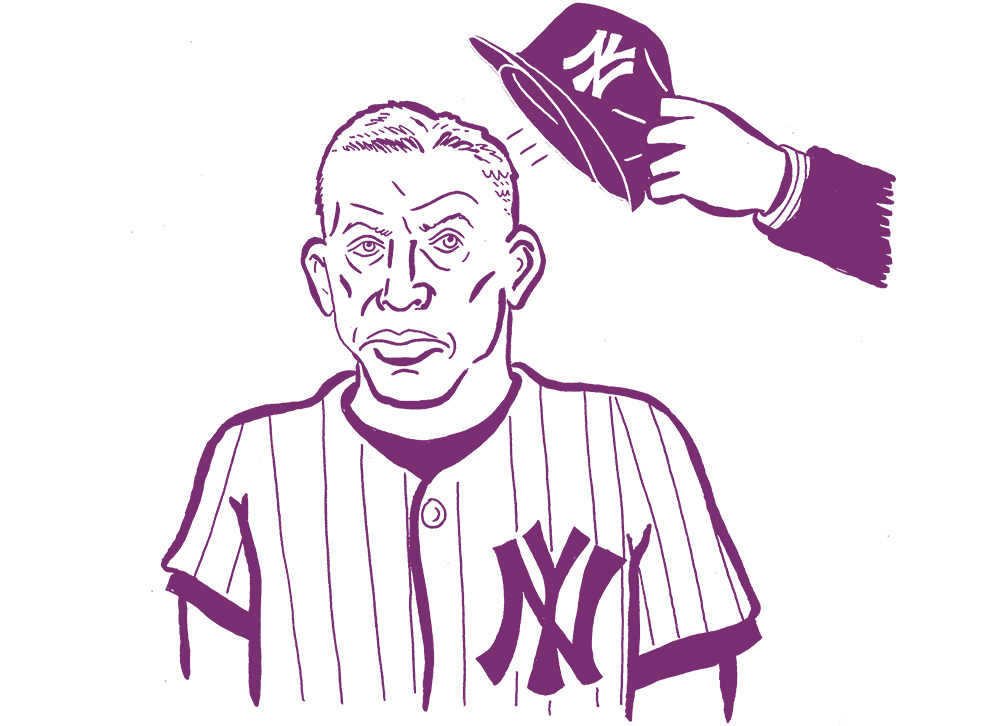 New York Yankees manager Joe Girardi, one game away from appearing in the World Series this season, was fired on his day off. Irving, who may not be in on the joke after all, said he was concerned about the Milwaukee Bucks’ 1980s-inspired basketball court, which is a new court with a fresh coat of paint, because “I know this is a pretty older court.” Bucks forward Giannis Antetokounmpo almost killed a guy while The Simpsons character Milhouse watched from the stands. Former NFL receiver Steve Smith Sr., forgetting he doesn’t do that for a living anymore, told Hall of Famer Michael Irvin “When I come to L.A., Ima whoop your a–” after the latter insulted his plaid pants. An NFL player, in a league that exudes respect and family values, gave Green Bay Packers quarterback Aaron Rodgers the “finger” and the “suck it sign” after Rodgers broke his collarbone two weeks ago. Even after one player was concussed and his backup was nearly choke-slammed like The Undertaker, the Baltimore Ravens-Miami Dolphins game was best remembered for a cat running onto the field during the 40-0 beatdown. 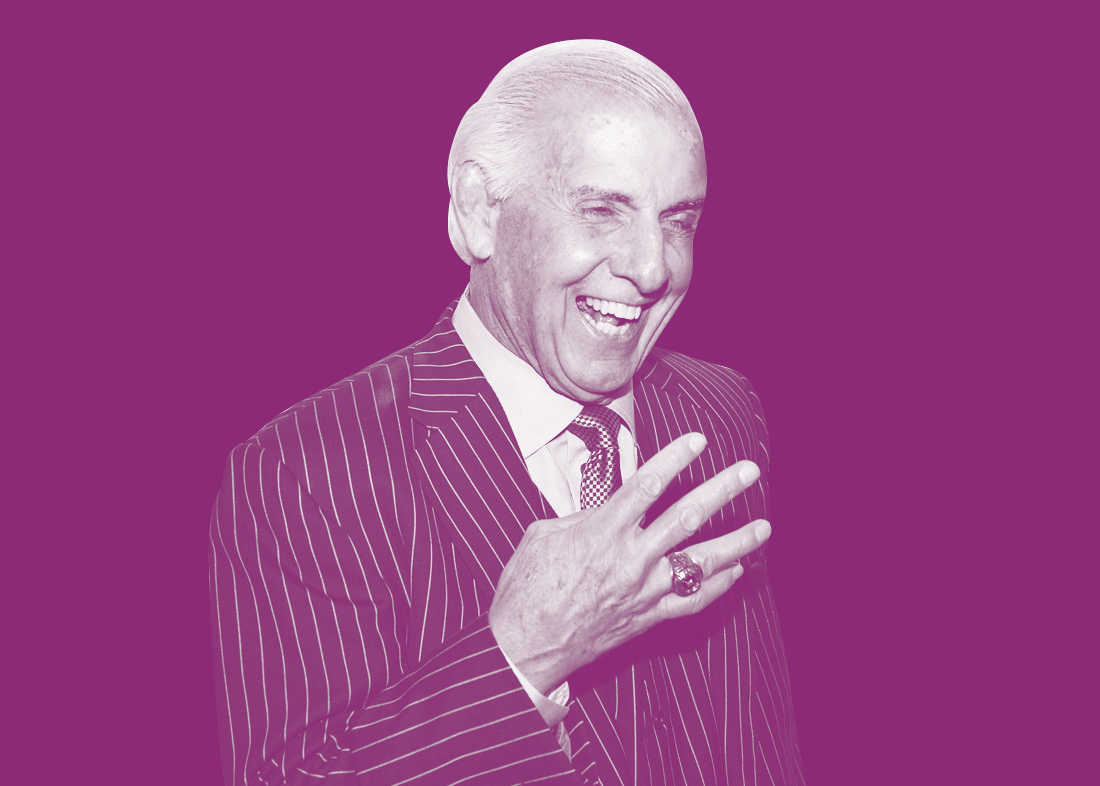 The Houston Texans owner, practically punting the dog whistle out the window, said, “We can’t have the inmates running the prison” in reference to black players protesting during the national anthem. Sports commentator Doug Gottlieb said Texans receiver DeAndre Hopkins, who didn’t show up to the team on Friday due to those comments, “isn’t smart enough to know the nuance of what [the Texans owner] is saying”; in unrelated news, Gottlieb pleaded guilty to felony theft in 1996 for credit card fraud. Seattle Seahawks cornerback Richard Sherman, whose team plays the Texans on Sunday and now will win by 100 points, said he wishes more people would be as honest as the Texans owner “So the world could ostracize those who don’t want to see EQUALITY. Otherwise they will continue to hide.” While Chicago Bulls center Robin Lopez plans to keep a framed photo of pop star Britney Spears in his locker for the immediate future so “we’ll always have Britney looking down on us,” he said that Mariah Carey is in fact his “No. 1 diva.” Wrestling legend Ric Flair and Atlanta Falcon receiver Julio Jones met for the first time on Lake Lanier near northern Georgia while Jones was on a Jet Ski; “He blew by me. And I’m like, ‘S—, this guy is a nut,’ ” Flair said.