Amid push for reparations, Jesuits and Georgetown to spend $1 billion on racial reconciliation and education

By Jesse Washington @jessewashington
May 19, 2022

If Joseph Stewart were speaking Thursday at the commencement of Georgetown University, the prestigious school saved from bankruptcy two centuries ago by the sale of 272 enslaved Black people, this is what he would tell the new graduates:

“Stop now and recognize the privilege that you have. Whether you want to accept it or not, the privilege you’ve been given came on the backs of other people. And as a decent human being — I’m looking in your faces and I see the decency — you must be a part of beginning to live that decency in this country.

“You must take this privilege and advantage that you have received and help transform the world. Not continue to live in the world as it is, not accept those privileges while others continue to be depressed, but stand up, throw your cap into the air and take your first step into truth and reconciliation in this country.”

This statement, which I asked Stewart to improvise during a recent interview, summarizes his vision for one of the most significant slavery reparation initiatives in U.S. history. As Georgetown and the Jesuit Catholic order that founded the university launch a $1 billion effort to atone for their involvement in slavery, this 79-year-old man — a former corporate executive, nonprofit leader, Catholic and descendant of a Black man sold by Georgetown — is leading the way.

The word “reparations” has come to mean many things to many people. Stewart’s remedies for slavery are primarily moral and spiritual, not legal or financial. Neither cash payments nor legislation are part of his plan. Instead, the bulk of that billion dollars will be dedicated to changing how people think and act about race in America.

“This is a descendant-led vision,” Stewart said in our interview. “And the vision is this: to follow a moral path, to repair the breach to reconciliation, and use the Jesuits’ moral power in this country.

“The nation has more decent people who understand the common good, who want to be decent in their lives, who want to respect the rest of humanity [but] have no idea whatsoever how to break out of the chains, the chains on white people as well as those that have been on Black people,” Stewart said.

“We want to unchain everybody that’s been enslaved in this country: those who were the enslavers, and those they enslaved.”

Fifty percent of the money will be spent on programs that promote racial healing, with the exact nature of those efforts yet to be determined. Twenty-five percent will go toward the education of descendants and 15% will support elderly and infirm descendants. Ten percent is for overhead. All descendants of Black people enslaved by Jesuits will be eligible for benefits, not just the approximately 5,000 living descendants of the 272 people sold by Georgetown.

The effort is being run by the Descendants Truth & Reconciliation Foundation, which was co-founded by Stewart. Five seats on the foundation’s 13-member board are reserved for descendants and three for Jesuits. The Jesuits, an international order with 16,000 priests worldwide, have pledged to raise $100 million of the $1 billion goal. The foundation currently has $15 million in the bank and plans to collect the rest via donations from individuals, corporations and other organizations.

All of this was put in motion in 2015 during the renovation and reopening of a Georgetown building named after Thomas Mulledy, the former university president who helped arrange the infamous sale. Families were separated and enslaved people were sold into the backbreaking plantations of the Deep South, where many lives were cut short.

The injustice had long been known and documented, but a renewed outcry pushed Georgetown to reexamine what happened and recommend how to proceed.

Stewart is from Maringouin, Louisiana, where many of those sold by Georgetown were sent. In 2016, Stewart learned that he is a fifth-generation grandson of Isaac Hawkins, and he became active among descendants working with Georgetown to craft the university’s response. Stewart brought considerable expertise to the task: He was founder and CEO of an auto parts company, vice president of corporate affairs and chief ethics officer at Kellogg Co., and chairman of the board of the W.K. Kellogg Foundation. When Stewart got involved with Georgetown, the Kellogg Foundation had already launched its own racial healing initiative, which is similar to the Jesuits’ plan. Stewart also had spent time with South African president Nelson Mandela and Anglican bishop Desmond Tutu, whose model of truth, forgiveness and reconciliation helped lead South Africa out of apartheid.

Stewart quickly concluded that while Georgetown was the focus of public attention, the sale was actually made by the Jesuits. And he understood that when it came to making amends, the Jesuits had far more resources than Georgetown. 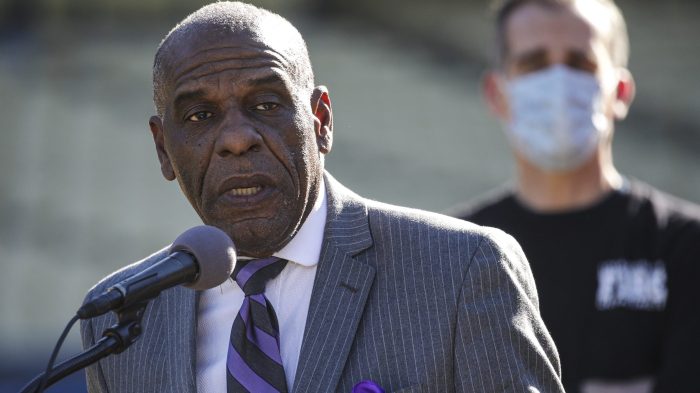 After a fractious, five-year period that left many descendants seeking cash reparations feeling sidelined, Stewart emerged as the leader of a group that secured the backing of the Jesuits. After talking to Stewart for an hour over Zoom, I was not surprised — his passion and force of personality make a compelling combination. His experience in the organizational skills needed to steer the reparations effort, his tenure in nonprofit leadership and his knowledge of the process in South Africa all pointed to the model that the Jesuits chose.

Georgetown is a “supporting partner” of the foundation, has a seat on the board and donated $1 million for planning and technical support. The university also has its own initiative, separate from the foundation. It includes a $400,000 per year “reconciliation fund” for community-based projects that benefit the approximately 5,000 living descendants of the people Georgetown sold, student trips to the Louisiana region where many of those sold ended up, and academic research. Descendants also receive the preferential admission treatment given to children of alumni or faculty. In 2019, students voted in a nonbinding referendum to levy a fee on themselves to create a fund to benefit descendants. Mulledy Hall was ultimately renamed after Hawkins, the first enslaved person listed on the 1838 bill of sale.

One of Georgetown’s goals is to build a sustained relationship with the descendant community, said Joe Ferrara, chief of staff to university president John DeGioia and the point person on the university’s response to slavery. He travels frequently to Louisiana to meet with descendants. “Part two is, what can we meaningfully do trying to restore and address the harm that was done,” said Ferrara. The university is compiling a list of organizations in Louisiana, such as community health clinics, that could receive money from the school’s reconciliation fund. A student committee, advised by descendants, would steer the grants.

Georgetown, like the Jesuits, is not giving descendants any cash. For many, that has been the goal of reparations since the U.S. government reneged on a promise to give freed slaves 40 acres and a mule after the Civil War. But resistance to cash payments remains strong, even as the movement for reparations gained momentum after writer Ta-Nehisi Coates’ 2014 essay. The city of Evanston, Illinois, is using a marijuana tax to provide real estate credits, and at least 10 other cities and the state of California are exploring various options. H.R. 40, a decades-old bill in the U.S. House of Representatives to study federal reparations for slavery, may finally be voted on, although if passed, it would likely be dead on arrival in the current Senate. 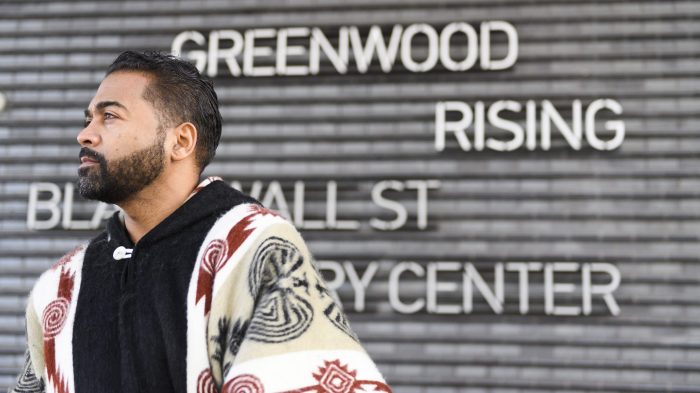 Ferrara said there are legal barriers to Georgetown giving cash to descendants. “We believe the root of the term ‘reparations’ is repair,” he said. “And we believe what we’re trying to do, everything we’re trying to do, even if it doesn’t involve money, is repair. We’re trying to repair the harm that was caused. And, by the way, you can repair part of that harm by having students go down during spring break and meet with descendants. That doesn’t mean somebody’s getting a check, but there’s a building of mutual trust and hope, which we do believe helps to repair the harm.”

Stewart’s program could pay cash reparations, but won’t. He doesn’t oppose those seeking cash, but “that’s not a sustainable thing that makes a difference four and five generations from now. We don’t see cash having that long-term benefit,” he said.

He hopes the foundation will still be doing its work a hundred years from now. While there are few specifics about what type of programs it will support today, Stewart said, they hope to be ready to make grants within three years. At this point, the options include everything from panel discussions and college seminars to local “days of healing” to tuition payments for early childhood education, private school, vocational school or college. Descendants with more financial needs would get priority.

“If I don’t live long enough to see the first grant, that’s all right with me, Lord,” Stewart said. “I won’t be unhappy, because I know the vision was what first needed institutionalizing. And I tell you, most visions when they start, where they start, never see where they end.

“If the vision is powerful enough, it benefits generations to come. Not the generation that’s here now.”