Black U.S. citizens migrate for reasons such as safety and racial equality: ‘At the end of the day, I am American. But I found that this is better than being in the U.S.’

ACCRA, Ghana — The concept of permanently living abroad may be outlandish to some people, but for Ashley Milton, the question wasn’t about if she would reinvent her life on the continent of Africa, but when.

“Once I returned to America [from Africa] after my first birthright [experience], I had caught ‘the bug,’ ” Milton said. “I knew from that moment that I always wanted to make sure that this connection remained prominent in my life.”

Milton is one of approximately 3,000 expatriates who currently live in Ghana, Americans who have chosen to migrate to the country for reasons ranging from safety to racial equity to business opportunities.

The decision comes with pros and cons for any American looking to make the move.

American expatriate Jessy Bernard moved to Ghana from Miami to fulfill a lifelong desire to live in Africa. After residing in South Africa and traveling to small villages with the Peace Corps, she settled in Ghana.

Bernard lives in the capital city of Accra. Her apartment occasionally loses power and water. Accra is the largest city in the country, but even the wealthiest of communities struggle with water and power loss.

Still, Bernard is comfortable with her decision because of what she gained in Ghana.

“At the end of the day, the problem in America is that Black people are fighting for equality,” Bernard said. “In Ghana, why would you do that when you already have it?”

In the U.S., Black people are three times more likely to be killed during a police encounter, and according to the FBI, racially motivated attacks are at their highest level in 12 years. Black Americans are also 20% more likely to suffer psychological distress and 50% less likely to receive mental health treatment due to underlying socioeconomic factors, according to Pfizer.

The welcoming and laid-back nature of Ghana is one of the first things tourists and expatriates notice upon arrival. Peter Mensah, a Bowie State University alumnus who is almost halfway to becoming a permanent Ghanaian resident, thinks the compromise of leaving the U.S. and moving to Ghana is rooted in the non-negotiable things that the potential expatriate values.

According to World Population Review, the United States has the highest incarceration rate in the world. The U.S is ranked 65th in safety and 69th in racial equality.

While completing her master’s degree at American University, Milton, a Florida A&M alumnus, traveled to Senegal for three weeks in December 2009.

Milton always wanted an opportunity to study abroad that wasn’t in Europe, Japan, or another country that was typically offered at most universities. Milton moved to Ghana permanently in 2019 and lives in Accra. She said she is happy and comfortable with her new home. She even stayed in Ghana during the international lockdown that occurred during the coronavirus pandemic.

“At the end of the day, I am American,” Milton said. “But I found that this is better than being in the U.S.

“I always had a desire to move to Africa.”

Mensah spent his early childhood years in Ghana. His father was a former British soldier and an archeologist, and his mother was a midwife. When Mensah was 10, he and his mother moved to the U.S. for better work and educational opportunities.

He is grateful for the middle and high school education he received in America because he knows that many African children have their childhoods and schooling cut short due to “real-world responsibilities.” After traveling to Ghana in 2016 to help his mother move from the U.S. to Accra, Mensah began coming back every year, with each trip lasting a bit longer. 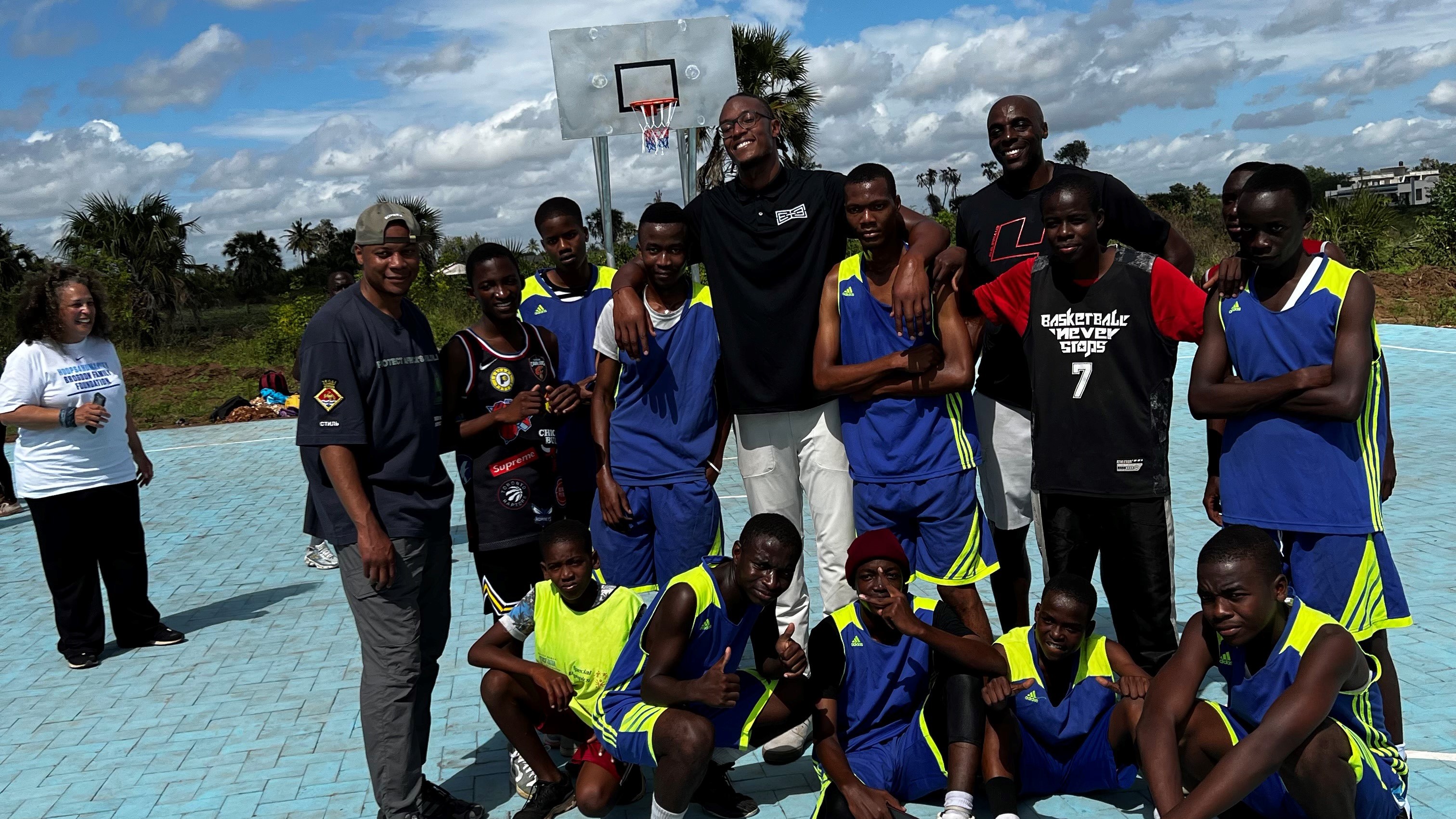 Myles Turner went to Africa and came back with life, career perspectiveRead now

While Mensah does not consider his residence status 100% in Ghana, he says he is there for most of the year and owns a restaurant there.

Before embarking on his restaurant journey, Mensah ran a federal information technology startup with some of his friends for a few years. After Mensah left the startup and began pursuing his restaurant career full time, he faced obstacle after obstacle.

“As it relates to a restaurant, however, some general roadblocks relate to needless and cumbersome regulatory issues. Redundancies of fees. Lack of access to credit. [A] competent and trained workforce,” said Mensah. “Navigating the regulatory side of things was hectic because everyone pushes you towards middlemen, so you pay bribes along the way. When you attempt to do things the formal way, they make the process very frustrating and slow for you.”

Moving from the United States to Ghana requires adjusting to not having certain luxuries easily accessible in America. According to expatarrivals.com, availability of electricity and water can be unreliable at times. In-home generators and water storage tanks can combat power outages and water delays, but the extra utility costs can be expensive.

Milton doesn’t paint an unrealistic picture of the continent or its readiness for American expats. “I like to explain this: We’ve been out fighting a war for generations, and it’s like arriving home [to Africa], and your house looks more messed up than the war zone you just left,” Milton said. “I give that analogy a lot, but at the end of the day, it’s yours, we own it. So, it’s up to us to build and grow it forward.”

Milton continued: “We’ve been taught to be disconnected. We need to sit and process what we’ve been through, and all our ancestors have gone through.”

Milton, Bernard and Mensah have encouraging advice for those who are far too familiar with racial injustice and the fear of losing their lives in the U.S. but are unsure about leaving.

“I would tell them to evaluate the things they can live without. And to tell them that wherever they are moving, make sure they’re moving for the right reasons … have a good support system,” said Mensah.

Bernard advises people to be prepared to adapt to the obstacles that developing countries are working through. She also encourages people to use the thousands of expatriates currently living in Ghana as guides and models, because a decade ago, there weren’t as many people who were eager to stay in Africa for the long haul.

“That’s how humans are,” Bernard said. “They don’t want to be a sacrificial lamb.

Pam Rentz is a senior broadcast journalism student from Charles County, Maryland. She is the managing editor of FAMU’s campus newspaper, The Famuan.