‘Survivors’ has new resonance in a period of widespread protests

As Alvin Ailey American Dance Theater returns to New York for its winter season, it will perform Revelations, of course, as well as a world premiere from in-demand choreographer Kyle Abraham. But it will also feature a work that has not been seen for more than 30 years: a wrenching tribute to Nelson and Winnie Mandela titled Survivors.

Robert Battle, who has been artistic director of the company for more than a decade, has commissioned work from notable Black choreographers such as Rennie Harris and Ronald K. Brown and brought in works from other modern dance luminaries such as Paul Taylor and Twyla Tharp. But as much as he looks forward, Battle also dives into Ailey’s catalog for inspiration.

“It’s a very seductive thing to always be thinking about the new, but the roots are as important as the branches,” said Battle.

He found contemporary resonance in Survivors, which premiered in 1986, four years before Mandela was released from prison. The head of the African National Congress, Mandela had been imprisoned for 27 years by South Africa’s apartheid government before he was elected the country’s first Black president in 1994. His wife, Winnie, became a prominent and controversial representative of the anti-apartheid movement during his decades in prison.

“There’s a certain rawness about this work, and the collaboration,” said Battle. “Some other [Ailey] works are a little more buttoned up, but in this one, Alvin was really expressing his rage. And oftentimes, Black people couldn’t risk that.”

Andscape spoke with Battle a couple of days before the opening of the company’s New York City Center season.

When did you first encounter Survivors? 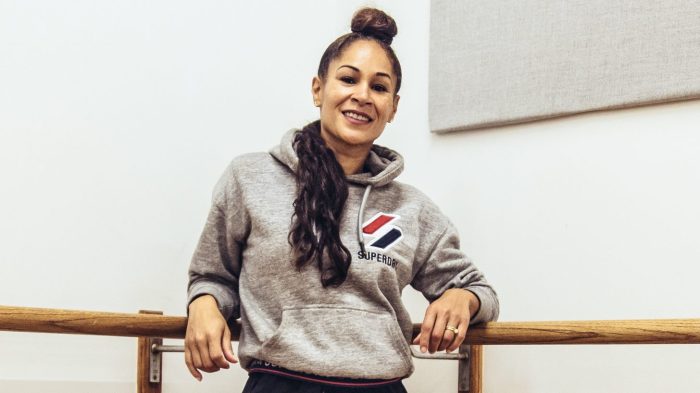 I encountered it a few years ago by videotape. I was just curious about the work, wondering why we hadn’t done it in so long — it’s so topical. It’s about Nelson and Winnie Mandela, but it’s also a story about injustice and how Alvin Ailey used his art as a weapon for change, to shine a light on the issues of the day. It was his way of being a part of the conversation. When I saw the work on tape, it just jumped off the screen. And I thought, this is the time to do this. I wanted to do it a couple of years ago, but obviously everything shut down.

Were you drawn to Ailey’s collaboration with composer Max Roach?

I mean, it’s two brilliant artists: Max Roach, the famous percussionist and who was, for a time, married to the singer, the extraordinary Abbey Lincoln.

I think Alvin was intentionally fed up and making a statement and the music echoes that. Abbey Lincoln is singing, yes, but she’s moaning. She’s like a wounded animal at times or somebody mourning for the dead, a mother weeping for their child. There’s this kind of nonverbal, guttural response to the situation.

The work also incorporates a set that is more than just evocative of Mandela’s imprisonment.

He [Ailey] was very specific that he wanted real prison bars. He didn’t want it to be done by the effect of a circle of light or something, because he thought that the texture, the heat, all of that sort of contributed to what it was he wanted the audience to experience. I’m going to be fascinated by how people respond to the work. And if they’re uncomfortable, well, that’s good, too. Modern dance has that kind of history, but I think ultimately the work is about resilience. It is about hope.

Why do you think it hasn’t been performed in so many years?

Well, Ailey has so many works, and so many that really lean into social justice. When you have a genius like that and works as brilliant as Revelations, some works just get a little bit forgotten. I was consciously trying to find works that are not as well known, which is hard to do.

You’ve brought a lot of new works to the company, but do you also spend time digging in the archives? 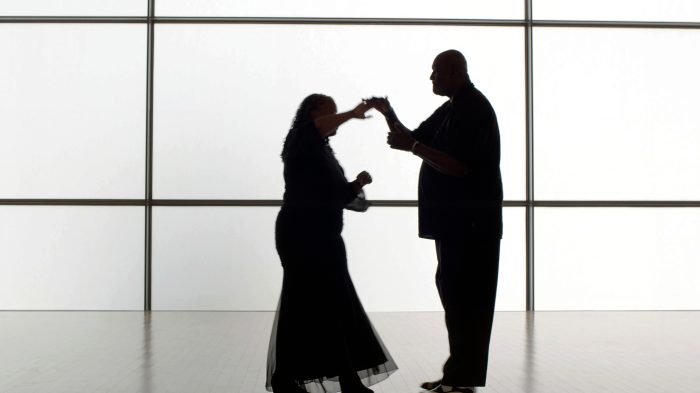 The Philly Bop gets new life in New YorkRead now

I don’t know if I’ve ever been in the archives. [laughter] Usually, I’m having a conversation with Masazumi Chaya, who was the associate artistic director, and worked very closely with Alvin in many of these works. Sometimes he’ll mention a work and then I’ll go and check it out. I spend equal time thinking about the legacy and thinking about the history, in the same way I think about the present and how that moves into the future. If you lean too heavily on one, you kind of lose the heart and soul of the company.

At a recent preview, you mentioned the significance of Ailey founding the company in 1958 during the civil rights movement and wanting to bring more awareness to that fact.

When Alvin Ailey founded the company, it was one of the first modern dance repertory companies, meaning the company performed not just his work, but other choreographers that he curated. At that time, there weren’t very many modern dance companies at all. And there are so many companies now, right? That can get lost. The fact that this company was not just founded for the love of dancing, but because people were not able to study at different places if you were Black or of color, that our stories weren’t being told in an expansive way on the concert dance stage.

And there were risks, particularly on the road. When Survivors was touring in Florida early on, the work was performed despite security threats. I imagine that wasn’t the first time that happened. 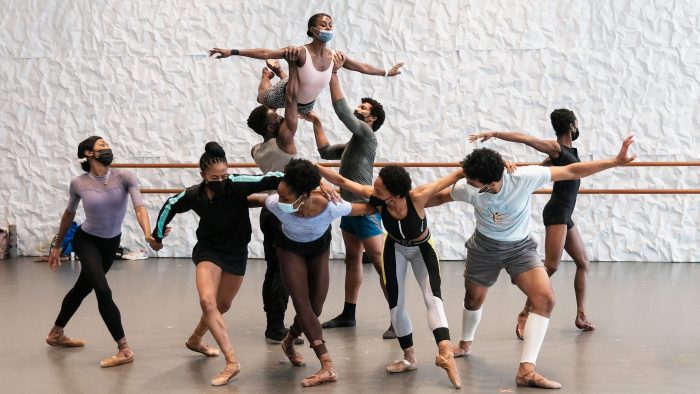 In the ’60s and ’70s, touring not only in this country, but in other countries, but certainly in this country, dancers were the first to integrate certain hotels, maybe even theaters. We can’t imagine some of the large and small kinds of challenges that the company had to meet in order to make sure we could stand on the stage and tell our stories. I think that it’s no accident Alvin Ailey called it the Alvin Ailey American Dance Theater, not the Alvin Ailey African American Dance Theater, and not the Alvin Ailey Dance Theater, but it was the ‘American.’ I think he was saying something about the people who helped build this country and certainly whose culture has always been imitated and fused with others. I think he was reclaiming that notion — as Langston Hughes’ poem says, ‘I too sing America.’

Will Survivors tour next year, after this New York City Center season?

This will go on tour. I think it’s so important when we’ve been dealing with not just a pandemic but racial injustice, the murders of innocent people of color. We’ve always dealt with that. But when we were sheltered in place, I think people paid more attention. It also affects the dancers and the notion of, what can we do about it. But the work has resonance and that’s what Alvin Ailey was able to do about it. So I think living inside of works like Survivors gives the dancers, and certainly the organization, a voice.

The other thing is that even though so many young people took to the streets, which was so important, sometimes in order to take a stand, one can take a seat and see a work like Survivors. That too is a form of demonstrating your value system and what you believe in. It can entertain and enlighten but also make you understand that this is about your life, too.