Each day after practice, North Carolina Central University head football coach Trei Oliver retreats to his office. On his desk is a picture that helps him put everything into perspective: a singular frame containing two photos, one of a teenage Oliver in his NCCU uniform and the other his official headshot as the coach of his alma mater.

It’s a reminder of how far he has come in transitioning from North Carolina Central player to coach. He knows he owes a lot to Central: It’s where his parents met and fell in love and, decades later, where he would meet his wife Yvette. The program also gave him a chance to play college football, his first conference championship and first Black college football national championship as an assistant.

Despite his admiration for the university now, this wasn’t the dream that 17-year-old Trei Oliver had. Now he laughs recalling how a Public Enemy concert at a 1993 Central homecoming and Central’s head football coach at the time, Pro Football Hall of Famer Larry Little, changed his mind.

“I didn’t want to go to Central because my parents went here. I want to do my own thing, and they always talked about Central, and I’m like, ‘Man, I’m not going there,’ ” Oliver told Andscape about his recruitment in high school. “When I came in ’93 I fell in love, and I came back in ’94 for my official visit. It was an event, and it was something special.”

It wasn’t the grand homecoming Oliver envisioned. He was still green and learning what it took to become a coach. Numerous times he came to meetings without pen or paper, and his tardiness became the reason coaches’ meetings were rescheduled to an earlier time.

“I did four years at Delaware State before Central and I tell people I was probably the worst DB coach in America,” Oliver said. “You know, young guys think they know everything and don’t listen.”

Oliver matured under Broadway at three historically Black colleges and universities, developing into a coach eager to learn and willing to handle multiple responsibilities to help the program in any way necessary.

As head coach at North Carolina Central, Broadway won back-to-back CIAA championships in 2005 and 2006. Broadway earned another Black college football national championship with Grambling State in 2008 and won the inaugural Celebration Bowl between the Mid-Eastern Athletic Conference (MEAC) and the Southwestern Athletic Conference (SWAC) with North Carolina A&T in 2015.

“[Broadway] taught me so much as far as being a professional, handling my business, and there was a standard with how we were going to do things. Before [Alabama coach] Nick Saban was screaming about standard, I think the first person I heard that from was Coach Broadway,” Oliver said. “From the support staff to the coaches to the players, he held everybody to such a high level and he always said, ‘It’s not OK to just do your job. You must do your job well.’ ” 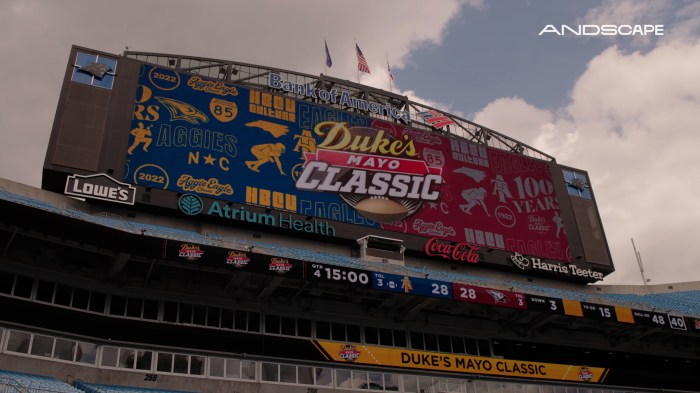 Despite being a part of top programs, Oliver wanted to run his own.

“You’d hate to lose your best guy. [You’ve] been with him for so many years, but you know he was ready,” Broadway said of Oliver’s move. “That’s the thing about Trei, too, he had a plan. He wanted to be head coach at Central. He knew there were some steps that he had to take to get to that position and that’s what he had to do.”

Oliver spent three seasons at Southern, helping to lead the Jaguars to a SWAC West title and a trip to the SWAC Championship game in 2018. Less than a month later, when the position at Central opened once again, he decided to interview for the job a second time. Oliver sold Central’s athletic department on culture over scheme and positioned himself as a coach who emphasized discipline and accountability off the field with the goal of transferring those skills back to the field. He was confident in his ability to create plays and schemes to win games but wanted his players’ character to match.

While he was in Louisiana at the Superdome for a recruiting trip, a call from then-NCCU athletic director Ingrid Wicker-McCree changed everything.

“I had to step out [the stadium]. Then [Wicker-McCree] was like, ‘Let’s do it. We want to offer you the job. We want you to come home.’ It was unbelievable. If I was a crying person, I would have cried,” Oliver said. “But I was so excited. And then the first people I called were my parents, and they were so excited. They couldn’t believe it. But you know, we all have dreams and everything but, you know, it was surreal when you have the opportunity to come back home and reach one of your goals.” 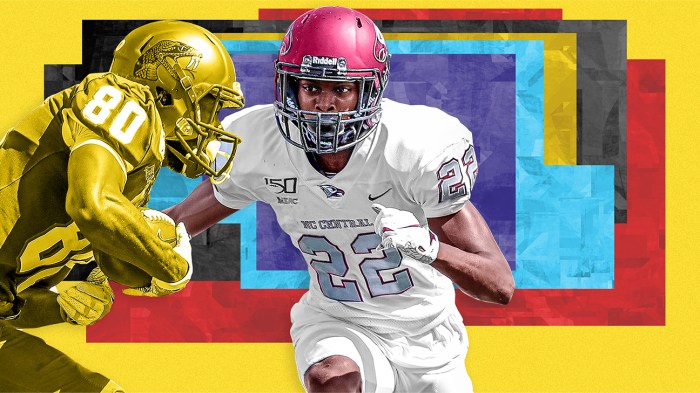 There were learning curves along the way. The Eagles finished 4-8 in his first season, and the coronavirus pandemic canceled his second season.

His parents, Jeanie and Colon Oliver Jr., regularly attended games when the team was losing.

Oliver’s third season showed promise, starting the year with a victory over Alcorn State University in the 2021 MEAC/SWAC Challenge and ending with his first winning record (6-5, 4-1 MEAC).

“[My parents] are rooting for their baby, and it hurt my heart when in 2019 we’re 4-8, getting beat up,” Trei Oliver said. “But now they can kind of stick their chest out a little bit. I want to make them proud.”

This season’s success isn’t surprising to Oliver or quarterback Davius “PeeWee” Richard. Players had the option to go home for the first summer session, but many chose to stay and practice, which both believe was the difference maker heading into this season.

“We try to emphasize [the motto ‘be great’] throughout not just football but everyday life, and so a lot of guys on the team buy into it and live by ‘be great,’ ” said Richard. “We had a lot of guys stay over the summer and get some extra work to help get us to this point we are right now. … It’s not easy to be an Eagle, especially now and what we’ve been through. So we take a lot of pride in being the Eagles [and] being a part of this team.”

Richard’s maturation has been hard to ignore: Through six games, he leads the MEAC in three statistical categories: passing yards (1,266), passing touchdowns (13) and rushing touchdowns (8). For him, the difference has been how Oliver has helped him ease into a leadership role.

“You can ask a lot of my teammates, even the coaches who have known me for a while, I’ve never been like a vocal-type guy,” Richard said. “I like to lead by example, but he put me in a position [and] he just showed me that I can be a leader without being all rowdy. He showed me that I could just be who I am and still be a good leader to the team. … [Coach Oliver] is one of those guys that like to buy into high school students, bring them in and build them up to [become] great individuals, great athletes and great students. It’s just all about buying in with him and just trusting the process, trusting in the game plan.”

As Central alums themselves, his parents beam with pride when the team does well. But the wins and losses their son has accumulated aren’t what his parents appreciate most – it’s watching him lay the foundation for other young men on the team and watching him mature, both as a man and as a coach.

“His hard work is paying off. Those ideas that he had that he felt were going to work for Central, they indeed seemingly are clicking. He deserves the wins because he put so much into it,” his mother said. “For me, I’m very proud that he is accountable. When things don’t go well he says, ‘You know it starts at the top.’ … He doesn’t try to hide or make excuses and that gives me pride in who he is and how far he has come.”

The days of fans hurling insults about their son aren’t as vivid as the stories of players – and their parents – thanking the Olivers for the impact Trei has had in their sons’ lives.

Colon Oliver Jr., like his son, played for the Eagles (1963-66). His strongest memories involve playing for coaches who cared about him deeply, and he sees his son as one of those types of coaches.

“Trei’s success, as it is with most coaches, is determined or measured by wins and losses. But I am most proud of the fact that Trei is focused on developing these young men into productive citizens,” his father said. “As I look back on my life at Central, especially my football life, I thank the coaches that I had that did the same thing for me. These young men are expected to represent not only themselves, their families, but also North Carolina Central. The culture that they develop at Central will last much longer than the X’s and O’s that they learn on the field.”

Buddy Pough, the MEAC’s longest tenured coach, has taken notice of Oliver’s rising status in the conference and sees something familiar in him.

“All those guys, you know, use Central as a steppingstone. These guys, they coach for a year or two and then the next thing you know, they all make the big bucks,” Pough said. “So I was picking on [Oliver] because he was hanging around. … He’s actually doing a fantastic job.”

Now that he has finally made it back to Central, Oliver, a Yorktown, Virginia, native, wants Durham to be his final coaching stop.

“I would love nothing more [than] to retire from Central. I would love to stay here for the next 20 years and be like a Buddy Pough or Willie Jeffries and just retire from Central,” Oliver said. “It’s not about the money. It’s about love for the school. When I got here when I was 18 years old, I was [an] immature freshman. … These people helped me grow up. A lot of people here really poured into me.”

Seeing his current success reaffirms what Broadway recognized when Oliver was a member of his staff.

“Once you see how a good program is run, Trei knew how to run a good program,” Broadway said. “The point is you take [a program], and you make your own. That’s what I’ve seen with Trei. He’s taken some good things that we did together. But now he’s run his own program in his own way.”

Oliver has won championships at multiple coaching stops along the way but wants his next one to be for the North Carolina Central community. The Eagles’ only trip to the Celebration Bowl occurred in 2016 and is still a fresh wound for the fan base.

“We want a championship, so that’s the ultimate goal. To win the Celebration Bowl, that would be something special. They’re hard to come by, and I’ve been fortunate enough to win a few of them. But to be able to put the school on our back, on my back, and lead them to victory – that would mean the world to me,” Oliver said.