Golf Channel’s Damon Hack: ‘It’s wonderful to have some voices that maybe have never been heard’

“Golf wasn’t a part of my upbringing,” Hack told The Undefeated. “If golf was on TV, it was because we were waiting for a Lakers game or a football game to come on.”

During Hack’s childhood, there was only a smattering of Black players, such as Lee Elder, Calvin Peete and Jim Thorpe, who made it into the two-hour windows of TV coverage that were often the norm before the explosion of golf in the late ’90s with the emergence of Tiger Woods. Nearly all of the announcers were white men and even the commercials had an air of homogeneity.

On Sunday during the final round of the APGA Tour Farmers Insurance Invitational at the Torrey Pines Golf Course in San Diego, the 50-year-old Hack was involved in television history by being a part of an all-minority broadcast team. Hack, who did the play-by-play, was joined by Notah Begay III, a 49-year-old four-time PGA Tour winner who is Native American and a regular TV analyst for Golf Channel.

The on-course announcers were Doug Smith and Jacques Slade, two African American men trying to assemble careers in front of the camera of a lily-white industry, where the most prominent on-air Black men are Hack and ESPN’s Michael Collins, who made a cameo during Sunday’s telecast.

For close to three hours, this broadcast team had the unique opportunity of covering the first truly diverse televised golf tournament, featuring Black, white and Hispanic players from the APGA Tour, which was established in 2010 to prepare African Americans and other minority golfers to compete at the highest level of professional golf. On Sunday in the final round on the Torrey Pines South Course, Patrick Newcomb, a white 31-year-old Korn Ferry Tour player, beat Tim O’Neal, a 49-year-old African American journeyman, by a shot to take the $30,000 first-place share of the $100,000 purse, the largest in the tour’s history.

One could have hoped for a Black winner in this tournament full of Black players, created largely for their advancement, but having a white winner didn’t dull the moment of this historic event.

Players such as O’Neal and Kevin Hall, a 39-year-old deaf player from Cincinnati, were given a spotlight that is rare in golf, unless they are being shown as exemplars of their race. We saw a glimpse of the potential of O’Neal to become a star on the PGA Tour Champions and the tenacity of Hall, who lost his hearing at the age of 2 after a bout with meningitis.

In the opening of the telecast, footage of Black golf pioneers was shown as a reminder of an enduring legacy of great players in a sport where for generations the dominant images of Black men were mostly in servile roles as caddies.

“To have an opportunity for young Black children or minorities to see people who look like them in both the broadcast crew and on the golf course could pique an interest in the game for that child or that family,” Hack said. “As far as the broadcast, it’s wonderful to have some voices that maybe have never been heard. I can relate to some of the stories of these players as a Black man in America. My hope is that I can tell their stories on a deeper level.”

For Smith, who was a Florida A&M golfer and APGA Tour member and now the co-host of his own podcast Beyond the Fairway, the chance to work the event was both exhilarating and deeply personal.

While Hack is firmly entrenched at the Golf Channel, a regular on its morning shows since joining the network from Sports Illustrated in 2012, Smith is just getting started in his quest to transcend the boundaries of who gets to represent the game to millions of TV viewers. Over the next several months, the 36-year-old Versailles, Kentucky, native will have a busy schedule covering PGA Tour events.

“This tournament is almost too close to me,” Smith told The Undefeated. “I love these players. I’ve had conversations with them about who they are and where they want to go and how to get there. So it is very close to my heart and I hope that I did justice to it because it’s also a big opportunity for me as I grow within this space.”

With parents who were raised in Compton, California, Hack is comfortable in both the fictional worlds of Boyz N The Hood, and Fast Times at Ridgemont High, which had scenes filmed at Van Nuys High, his alma mater. He gave a TED Talk on race in October 2021. All of that experience informs the way he approaches the game and the subject of diversity and inclusion in the sport. 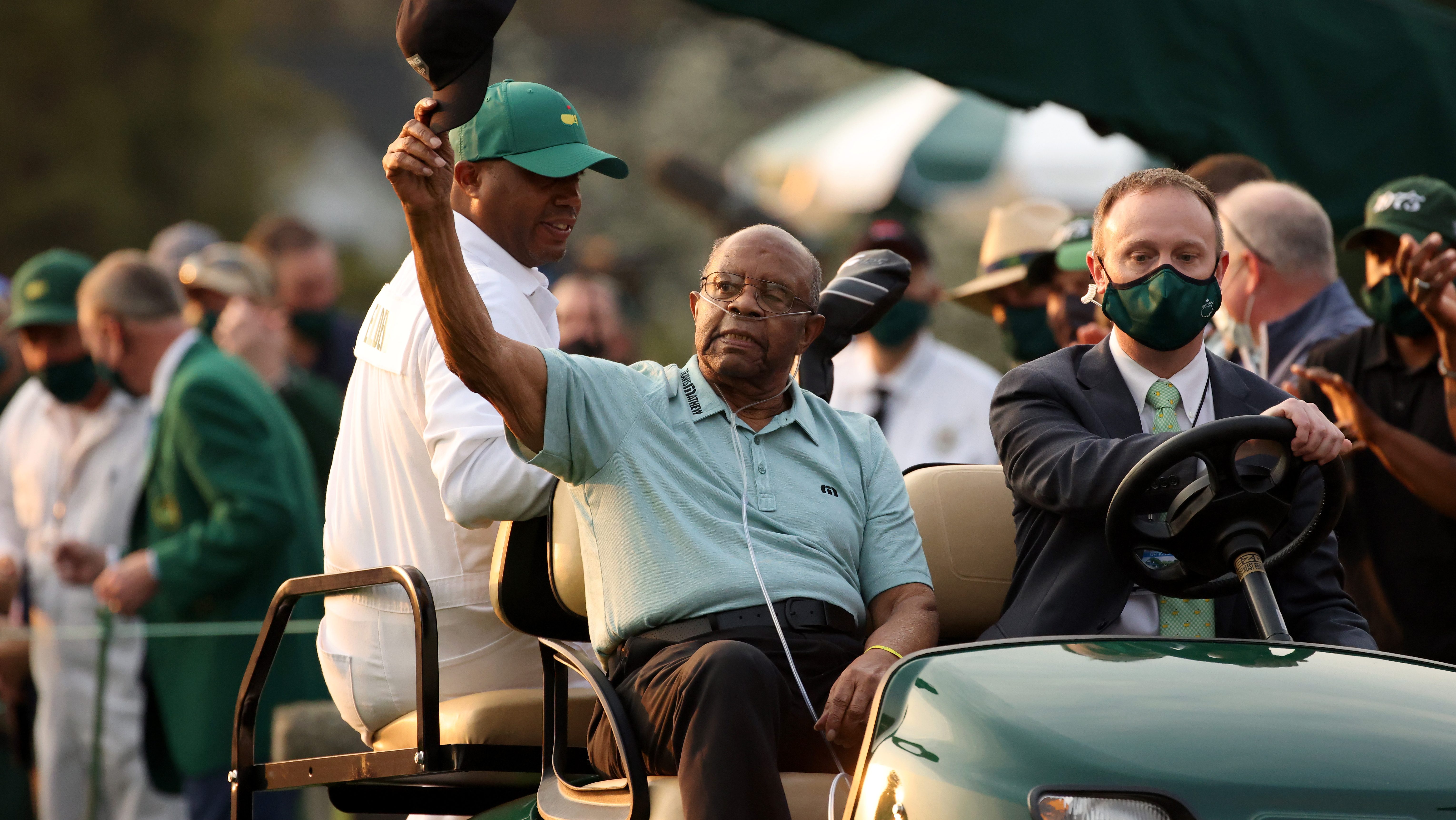 Lee Elder, so much more than a golf pioneerRead now

“I try to bring my honesty to my golf reporting,” Hack said. “I want to listen and tell stories that bring hope and change in the sport.”