‘All I know is work’: Howard’s Kyle Foster ready to showcase HBCU talent

Foster, the HBCU All-Stars Willis Reed NCAA Division I National Player of the Year, is familiar with having to prove himself at every level

Kyle Foster had just found his groove in his third season of college basketball. But all his hard work and dedication came tumbling down in a January 2020 game against conference foe Florida A&M, when he was inadvertently undercut after elevating near the basket.

Foster, a 6-foot-5 shooting guard for Howard University, landed on his back and writhed in pain until he hobbled off the court moments later, putting the rest of his season in question. The incident was merely the latest challenge Foster faced in a career that included him leading the nation in 3-point field goal percentage (46%) this past season.

His shooting prowess will be on display Saturday when Foster and the HBCU All-Stars take on the Ohio College All-Stars at Nationwide Arena in Columbus, Ohio.

The event, produced by Classic for Columbus, is intended to give often overlooked college players, especially from historically Black colleges and universities (HBCUs), exposure before NBA and other pro basketball scouts.

Foster is grateful for the opportunity.

“Any type of exposure is good exposure for me,” said Foster, the HBCU All-Stars Willis Reed NCAA Division I National Player of the Year. Foster scored four points in the inaugural HBCU All-Star Game during Final Four weekend in New Orleans.

“Sure, I led the country in 3-point shooting and my name is probably in more people’s books, but I still have to push,” Foster said.

Foster learned early about pressing forward when his dream was deferred as a sophomore attempting to make the varsity team at Bethel High School in Hampton, Virginia. At the time, the 5-foot-7, 110-pound Foster was not quite the outside shooter he would develop into, nor was he close to his current size and strength.

“Three days after the tryout there was a list of the players who made the team on the coach’s door, and my name wasn’t on it,” Foster said. “I was hurt, but I’ve always been overlooked, so I wasn’t surprised.”

Not to be deterred, Foster transferred to a nearby private school, where he became a starter. Several things developed over the next two seasons for Foster. He gained confidence. His game continued to evolve. And his height increased, as well as his ambition.

“I always had the ball in my hand,” Foster said. “I became comfortable playing with or without the ball. I also had a growth spurt going into my junior year, to about 6-2 or 6-3. I was starting to feel myself.”

“I came back [senior year] because that’s where my roots were and the friends I grew up with,” Foster said. “It was unfinished business. I had something to prove and I did exactly that.” 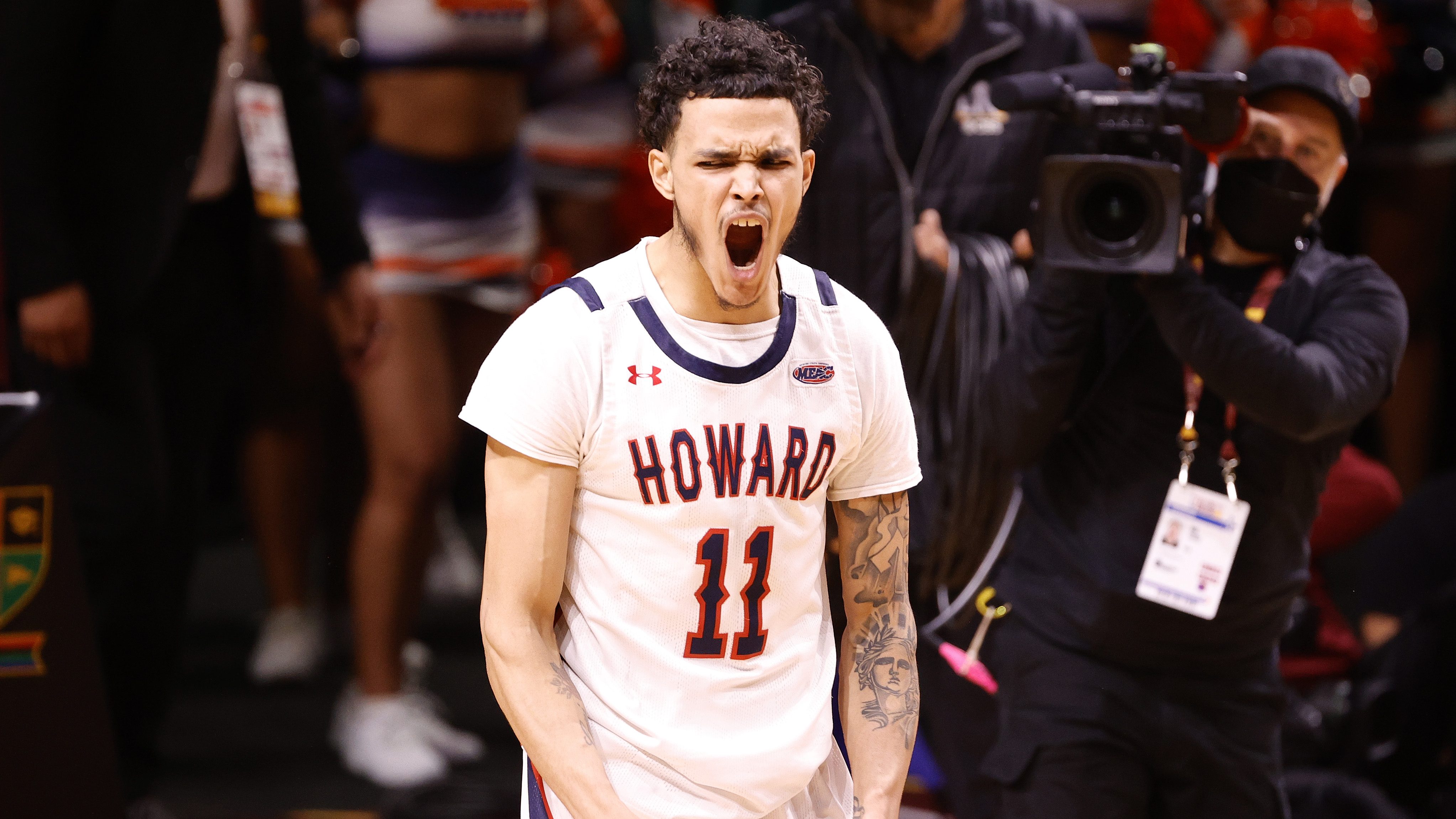 There was no trying out this time. Foster joined a solid roster that included several future Division I players, including Jeremiah Owusu-Koramoah, now a linebacker for the NFL’s Cleveland Browns. Foster led the team in scoring (15 points per game) and the region in 3-pointers.

“Kyle was a totally different-looking athlete when he transferred back to us,” said Bethel coach Craig Brehon. “He was bigger, stronger and he helped us tremendously with his skill set. He came back and didn’t hold any grudges.

“It meant the world to me that he came back, because he’s not a high-maintenance kid. He worked hard and, as a result, our team had success when he returned.”

It would seem obvious that Foster’s return to Bethel was fueled by previously getting cut. Not necessarily so.

“I can’t say [getting cut] made me more determined because I’ve always had that same work ethic to get better,” Foster said. “Maybe it humbled me to let me know that it was more work for me to do because I wasn’t where I needed to be. It put things in perspective more than anything.”

“His evolution from when I got here at Howard to today, he’s not the same young man. And I’m proud of that.”

Foster continued his basketball career in 2017 at Howard, where he was forced to make adjustments just like in high school. This time, however, his height wasn’t what held him back.

“The speed of the game was so much faster than high school,” said Foster, who averaged 6.4 points over 18 minutes as a freshman. “I weighed about 150 pounds. I went to the weight room and started to eat better. I started to fill out.”

Foster also helped his transition with additional time in the gym. He put up shots before classes and after practices.

“His evolution from when I got here at Howard to today, he’s not the same young man,” said Blakeney, who was hired before the 2019-20 season. “And I’m proud of that.”

During Blakeney’s first season, Foster was on a roll with double-figure scoring in the three games before his injury against FAMU, including a career-high 19 points against Yale, which included 5-of-8 from 3-point range.

“I came in that game cooking from the jump,” Foster said. “That was the game when I realized I could do this thing.”

Early in the second half against the Rattlers, Foster drove to the basket and tumbled over a FAMU defender who had moved into position expecting to force a charge. Foster missed the rest of the game.

“I couldn’t move when I woke up the next day,” Foster said. “It was the most painful thing I’d ever gone through. I tore my labrum. I was so disappointed, but I figured I’d have to do whatever I had to do to get back on the court.”

Several doctors told Foster he’d miss the rest of the season, especially if he had surgery. He opted out of surgery and dedicated himself enough to rehab that he managed to return two months later for the Mid-Eastern Athletic Conference tournament. Foster scored 18 points in the first round against South Carolina State and 12 in a quarterfinal loss to North Carolina A&T State.

“I came back because we were in the playoffs and I wanted to get a ring,” he said. “Playing well in my return wasn’t because of any pent-up frustration. It was because I played hungry and I was happy to be out there.” 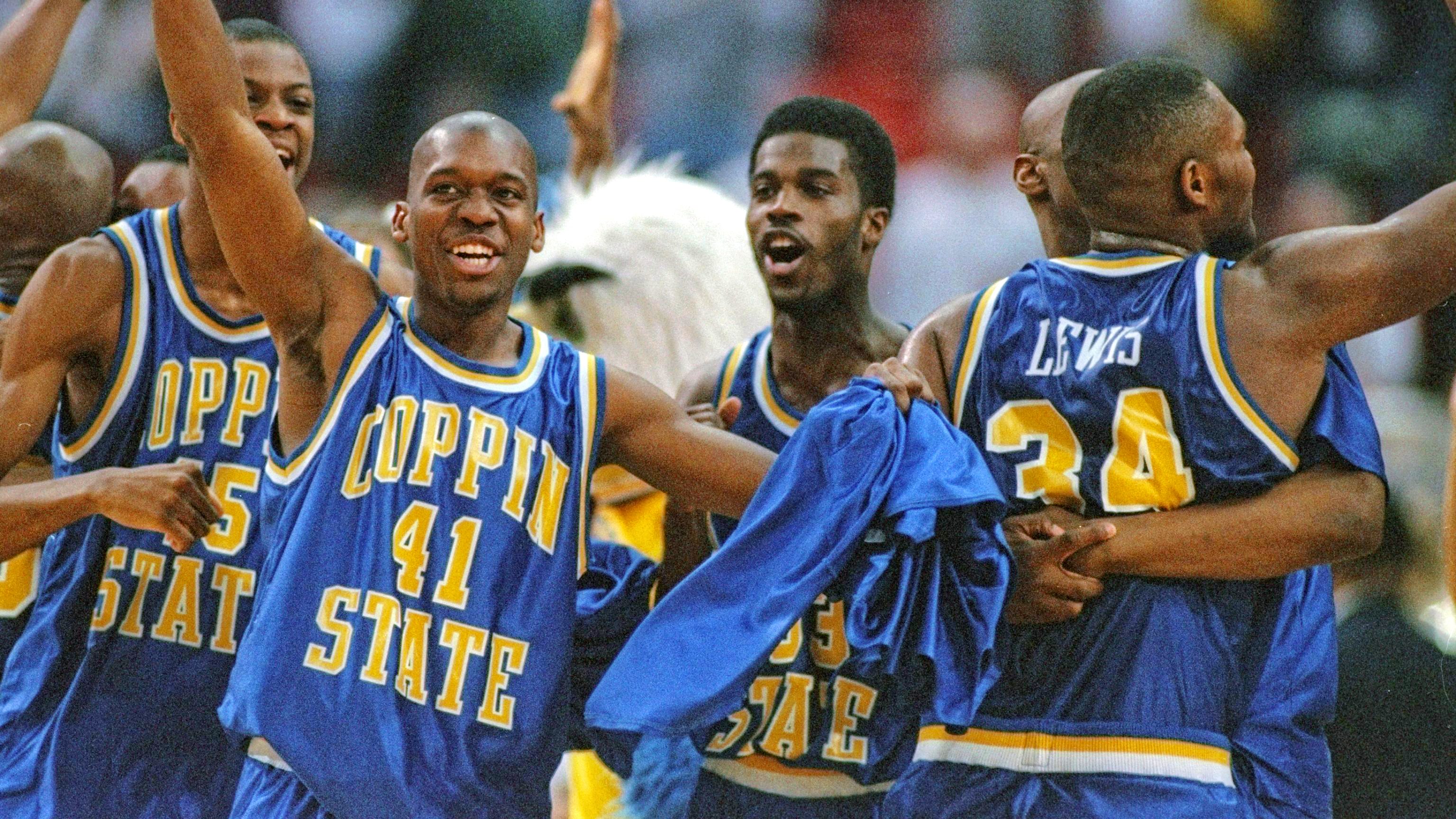 ‘That did bring us closer together’: The oral history of the 1997 Coppin State-Howard fightRead now

Foster took the latest setback in stride and planned accordingly, especially when the NCAA granted athletes an additional year of eligibility.

“You have to take things the way they are and work around it,” said Foster, who will graduate with undergraduate degrees in sports management and sociology. “I appreciated the extra year so I could continue to work toward my goal of playing pro. I definitely felt blessed.”

Foster blessed the Bison with a career-high 27 points in three games this past season. He shot 50% or better 15 times from 3-point range, including a career-high seven 3s against Georgetown in December.

“He’s had moments where he’s just been electric as a shooter,” Blakeney said. “His ability to shoot is as eye-opening as anybody I’ve seen. Ultimately, him trusting and believing in our program made him one of the most efficient players in the country.”

Foster hopes his scoring efficiency and proven ability to bounce back from adversity will attract enough attention so he can play professionally.

“There’s the politics of coming from an HBCU and not having the same buzz as guys from Power 5 schools,” Foster said. “It definitely makes my path different from other people, but at the same time, it’s all work at the end of the day and all I know is work.

“I’ve never been handed anything, and it’s not going to start now. My past situations definitely prepared me for this.”