All Elite Wrestling has become a destination for LGBTQ athletes

When All Elite Wrestling (AEW) was launched in 2019, CEO and co-founder Tony Khan sought to sign the best talent he could find regardless of race, gender or sexuality. After coming across Nyla Rose, he knew he found someone who could be a cornerstone of the promotion’s women’s division.

“She’s a tremendous, powerful, monster heel wrestler who bullies people,” said Khan, the son of Jacksonville Jaguars owner Shahid Khan. “And I thought she reminded me of a female version of some of the big, bruising, badass wrestlers of my childhood.”

But Khan was unaware of the history he made by adding Rose to his roster, as she became the first openly transgender wrestler to sign with a major American professional wrestling promotion.

“I had no idea Nyla was trans,” he said. “I thought Nyla was a great wrestler and when I found out, I thought, ‘Well that’s great, too.’ I didn’t expect that, but it’s awesome.”

Rose had built a name for herself by working for independent promotions in America and Japan. She knew she’d be entering a whole new spotlight by signing with AEW, the first wrestling company besides WWE to secure a deal with a top-25 cable network since WCW went bankrupt in 2001.

“I was comfortable in my skin at this point, and I thought it was important for the world to meet someone like myself,” she said. “So I signed in a heartbeat.”

Rose’s historic signing helped open doors for other wrestlers. Sonny Kiss, a genderfluid wrestler who uses both male and female pronouns, knew that signing with AEW would be a great career move. Rose being there put it over the top.

“I felt like if Nyla wasn’t there, I wouldn’t be able to do it,” Kiss said. “And not that I couldn’t do it in the sense of ability, but it feels great to have someone else there who can understand me and just ride that ride with me.”

There have been other openly gay wrestlers, and WWE has more wrestlers who identify as LGBTQ now than it did in the past. But this type of representation and inclusivity made AEW an attractive destination for a wrestler like Anthony Bowens, who is gay.

“When AEW first started and I saw the product they were presenting, I immediately turned my attention to them and I knew that was where I wanted to be,” said Bowens, who signed with the company in November 2020.

With three Black wrestlers who are open members of the LGBTQ+ community on its roster, AEW has set itself apart from other wrestling companies in providing representation for sexuality and gender inclusivity.

“Everyone is there simply because they’re believed to be the best person for the job. They’re not there to tick off any check marks or anything,” Rose said. “So the fact that it’s not even a thing, it means everything to people like us, because that’s what we want, we just want to be normal. We don’t want to check any boxes or be any affirmative action hires or anything like that. It feels good to be seen as a person first.”

Rose, Kiss and Bowens have each taken different paths, both in their wrestling careers and in discovering their identity.

Rose, 38, began training and working the independent circuit when she was 25 and medically transitioned on her 29th birthday. At the time, she thought that day would put an end to her wrestling dreams.

“I literally expected it to be the end of my career,” Rose said. “I was completely wrong about it, but that was my mindset. I went into it knowing for a fact, ‘I had fun, I did the wrestling thing, this is it, it’s over. I’m gonna put it out there, maybe somebody somewhere might want to hire me, who knows?’ But I’m willing to admit when I’m wrong and I was definitely wrong about that.”

Rose said her trainers accepted her immediately after her medical transition and that’s what made her continue her career. She used to hear murmurs in the crowd when she would perform, but she wouldn’t let it affect her. She said there was a time when certain wrestling promotions refused to book her, but that only motivated her even more.

“One opportunity isn’t the whole world,” she told herself. “Just because it was something that I wanted to do, little goals on my personal career checklist, didn’t mean it was the only thing out there. I had to say to myself, ‘It’s cool, Nyla. If they don’t want you, they don’t want you. But now I need to work harder to show them why they’re missing out.’ ”

Kiss, 27, said he was aware of his gender fluidity from a very early age and his family was supportive. When he decided to pursue wrestling at 19, he expected to face hardships but didn’t let that deter him. He wanted to be himself. 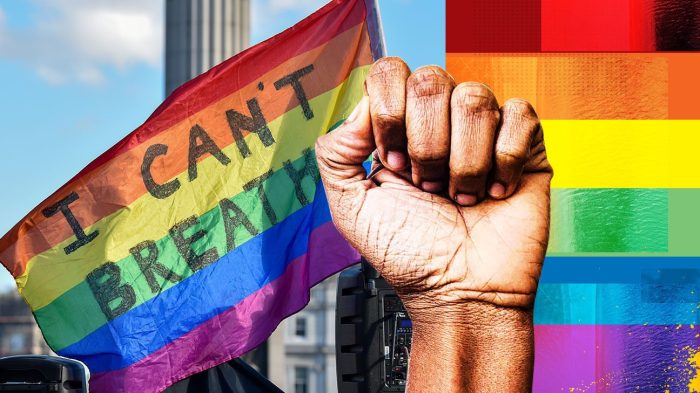 Bowens, 30, played collegiate baseball at Seton Hall and Montclair State before diving into wrestling at 22. He said it was around the same time that he had become aware of his sexuality, and despite being out to his family and friends, he chose to hide himself from the people he worked with.

“As the picture became a lot clearer for myself,” Bowens recalled, “so did the fear that there was going to be some point where I’d have to say something. Would this affect my career? Would I be able to accomplish what I wanted to accomplish? If I did eventually come out, would people judge me? Would my co-workers accept me? Would they want to hurt me in the ring? There were so many different questions and stuff that ran through my head that gave me a ton of anxiety.”

Bowens said his anxiety got so bad that he would break down and cry for hours when he was alone. The turning point for him came in 2016 when he decided to make his secret relationship public by filming a YouTube video with his boyfriend. Another wrestler saw the video and assured Bowens that he would not be looked at any different because of his sexuality.

“He was like, ‘We all saw the video, we don’t care. We love you, we respect you as a performer, we respect you as a friend. You can confide in us,’ ” Bowens said. “Once that happened and I knew I had support from the industry that I loved so much and was trying to make it in, it kind of changed my whole perspective on everything.”

A year after signing with AEW, Rose made more history in February 2020 when she won the AEW women’s championship, becoming the first transgender woman to win a world championship in a major American wrestling promotion. For Rose, it was much-needed validation that she made the right decision to stick with wrestling.

“To be trusted to represent the company in such a magnitude so early on, it reaffirmed everything that I was doing,” she said. “The whole time leading up to this, I was having doubts like, ‘Is wrestling for me? I can’t get a booking, why is nobody booking me?’ When you reach that point, when you have a company that’s willing to stand behind you and stand beside you, all those self-doubts go out the window.”

On the May 11 episode of the YouTube series AEW Dark, Kiss and Bowens faced off against each other in a tag team match. It was quite possibly the first time two wrestlers of color who are members of the LGBTQ+ community shared the ring in a major American wrestling company.

“The second we saw that we were gonna be wrestling each other, I looked at Sonny and we were like, ‘This is crazy,’ ” Bowens said. “I’m still looking forward to the day we get to do a one-on-one [match], but just to have a little moment with him in the ring was just heartwarming and spectacular for us because we were both in positions where we thought we wouldn’t succeed, just simply because of who we are.”

For Pride Month, AEW released special edition T-shirts with proceeds going to different organizations. Proceeds from Rose’s shirt go to Casa Ruby, a Washington-based organization that provides social services such as housing, health care and therapy for the LGBTQ+ community. Proceeds from Bowens’ and Kiss’ shirts go to The Trevor Project, a national organization providing crisis intervention and suicide prevention services to LGBTQ youth. Also, proceeds from a special edition Cody Rhodes shirt will go to the National Center for Transgender Equality.

Rose, Kiss and Bowens hope the representation in AEW provides inspiration for athletes like them who want to be recognized not for their sexuality, but for their talent.

“Don’t fear,” Bowens said. “There’s people out there like myself, like Sonny Kiss, like Nyla Rose and other amazing LGBTQ athletes in different forms of entertainment that are out there working to make the world a better place for you, to open these doors to make sure you have a more comfortable existence and smoother transition into whatever you want to do in life.

“There is hope, don’t sit there and cry in the car like I did for hours and hours. There is hope, things get better, bust your ass, work as hard as you can, never take no for an answer, because you can achieve anything. I’m proof of that.”