Creating new work together allows artists to ‘drop the mask’

In a light-filled studio at the Kennedy Center in Washington recently, 11 ballet dancers were warming up, gathering to mark through their dance steps, troubleshoot with their partners, and adjust their pointe shoes. Everything about this scene is ordinary for a professional dancer. What is extraordinary is that everyone in the room is Black.

With a few notable exceptions, this is not a scene you regularly encounter in professional ballet. But this week, as part of a program featuring the Dance Theatre of Harlem, Ballethnic Dance Company, and Collage Dance Collective, the Kennedy Center also brought together this group of 11 artists from predominantly white companies. They will perform a world premiere by choreographer Donald Byrd that they are helping to create in this Washington studio.

Curated by Theresa Ruth Howard and Denise Saunders Thompson and running from June 14-19, the program titled Reframing the Narrative is intended to highlight how the artistry and leadership of Black dancers have shaped ballet.

Howard previously sought to raise awareness of the rich history of Black ballet dancers through her projects Memoirs of Blacks in Ballet and The Constellation Project. For the Kennedy Center program, Howard and Saunders were thinking about how the culture of ballet has created a lack of diversity in many professional companies. How might they offer an alternative culture to dancers who have jobs where they might be the only Black dancer or one of a few?

“Denise and I were like, ‘OK, can we make this a blackout?’ ” she said. “Can we replace what is normative in whiteness with Black excellence?”

Wanting to foster the most ideal environment for the two-week creative process that includes dancers at various stages of their careers and hailing from different regions of America and Europe, Howard immediately thought of bringing on Byrd, who has long used dance as a medium to question social issues such as racism, war, and xenophobia. The Tony-nominated and Bessie Award-winning choreographer has decades of experience working with classical and contemporary dance companies besides his Seattle-based ensemble, Spectrum Dance Theater. For Byrd, this commission is a chance to acknowledge the Blackness that has been influencing ballet from the very beginning.

“The roundness of the arms comes from the Spanish, from flamenco, which actually comes from India,” Byrd said. “There are all of these things that ballet has incorporated into its DNA — they always talk about [George] Balanchine and his jazz. I’m wondering if ballet in some ways has been resistant to the influence of Blackness into its being. And now that we are in this time where those conversations are on the table, what kind of impact might Blackness have on what ballet looks like, what it feels like, and how it might develop in the future?” 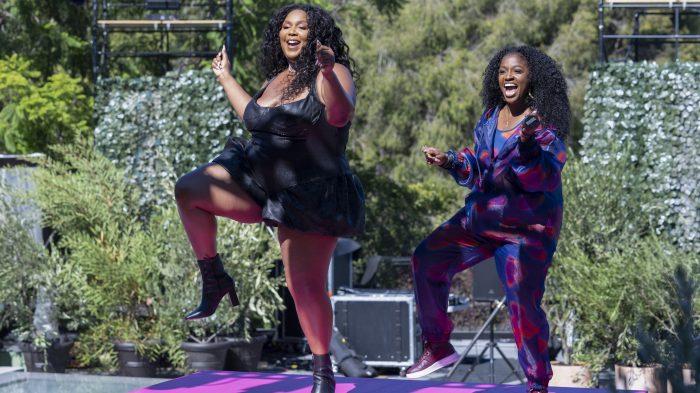 In the studio, Byrd begins with a seed phrase and then encourages the dancers to let their individual style shine through. This is a departure from the way ballet dancers typically spend the bulk of their season, rehearsing and performing repertoire from the 19th and 20th centuries, with corps de ballet work that demands conformity.

Precious Adams, an American dancer recently promoted to soloist at English National Ballet, was delighted with the challenge.

“The normal process when I’ve worked with a choreographer is that they come in with set choreography for the whole ballet. There’s a very clear ‘This is what I want. Give it to me. Let me see it.’ Either you can do it or you can’t. This has been really exciting for me because for the first time I’ve gotten to expand upon a piece of choreography and make my own contributions.”

Joshua Bodden, a dancer with Kansas City Ballet, also appreciated the freedom to make some of his own choices.

“In one section, there’s two couples doing the same exact steps, but it’s completely different,” said Bodden. “He allows us to find our way, which as dancers, we often don’t always get.”

Byrd is also taking cues from the music, a score by the Kennedy Center’s resident composer Carlos Simon, inspired by Pulitzer Prize-winning journalist Isabel Wilkerson’s book The Warmth of Other Suns: The Epic Story of America’s Great Migration. The idea of migration and the imagery of Wilkerson’s title feels full of possibility.

“The music is really otherworldly,” said Byrd, “and the dancers will be in a space where they will be receiving the warmth of another sun. They’re doing their own kind of migration and now they will be in another solar system.”

For the most part, the movement vocabulary is neoclassical, abstract and full of overlapping limbs, skillful partnering, and virtuosic feats. More interesting are the small breaks in form, moments when the dancers scoot on the floor and challenge the verticality of their technique. In one recurring step, they roll onto their backs, rocking their pointe shoes into the air for a few quick beats of their legs in defiance of gravity — a brief ballet daydream.

In rehearsal, the dancers seemed to spend the most time playing with how to add more interest to a movement phrase. Byrd coached them out of even rhythms to make the steps more syncopated. As a couple practiced a lift, Byrd asked for more surprise, telling them to be more like “magicians drawing attention away” from the setup of the trick. The tone of the room was relaxed and experimental, but the fact that they were doing run-throughs of the whole dance by day five highlighted the rigor and expertise of all present. While Howard’s goal may have been process over product, it was clear there would be a fully realized ballet on stage in short order. 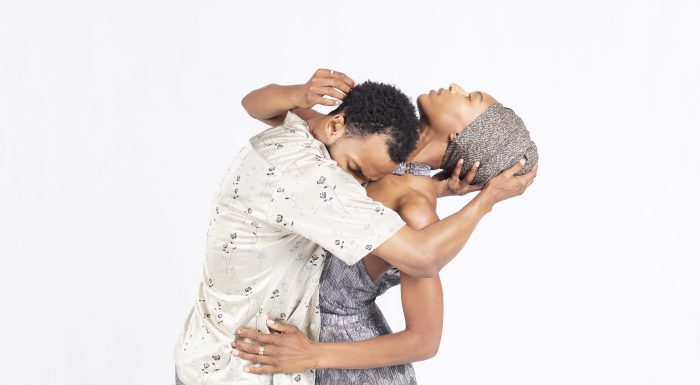 Yet even with the tight timeline, each day ended with a talking circle.

“After rehearsal, we sit down in a circle and chat about how we feel, if there’s anything that came up or if you want to share a story,” said Miranda Silveira, most recently a dancer with the Joffrey Ballet. “One of our colleagues mentioned that it felt nice for it to not be himself and the others, all of us wanting each other to win in this process. It was something small but it reached all of us in a way because we’ve all been there. We’ve all had to fight to fit in. That was an emotional moment.”

Bodden agreed. “I’ve never been in a space where I’ve had so much support and commonality,” he said. “I think we are used to asking, ‘Are we getting this role because of our skin tone? Are we not getting this role because of our skin tone?’ That layer is chipped away in this experience, we’re able to just be our true selves, just dance and help each other out. There are no egos because we’re not competing for a role, we’re not competing to be seen.”

For Adams, the competition remains with herself. “I still want to improve every day. But when I say that the space feels safe, I think I mean that I don’t have to code switch or it’s like I can bring a hundred percent of myself into this space instead of being a quieter version of myself or a little bit nicer or a little bit sweeter, a little bit smaller or whatever, to fit in. I don’t feel judged.”

In looking to offer these Black ballet dancers an opportunity to experience themselves in a radically different way inside the form, Howard was motivated by a series of questions surrounding the change from being in a minority position to becoming part of a majority:

“What does that bring up? What is the healing? What is the celebration, right? What is released and does it open their artistry up? If we can create that sort of space, where we can drop the mask, what does it do to them as artists, and as a humans? And how will they carry that particular experience back to their respective companies?” 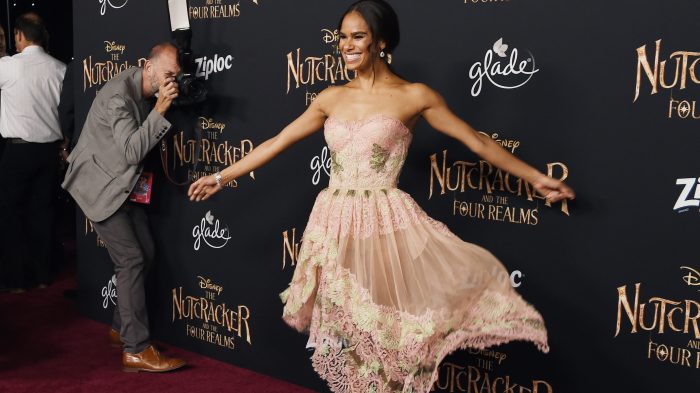 Another first for Misty Copeland, and many in ballet say it’s about timeRead now

While it may be too early to parse the ripple effects of being involved in such a process, takeaways are already percolating. For starters, Byrd wants to see an end to the exoticization of Black ballet dancers.

“Hopefully their experiences as Black people will start to insinuate itself into the dance communities that they are a part of and into those ballet companies and therefore it also will have an effect on how the other dancers respond to them, how they dance with them, so their point of view stops being novel.”

Silveira, who is moving into life as a freelancer after dancing with San Francisco Ballet, Compañía Nacional de Danza, and the Joffrey, welcomes the opportunity to choose working environments where she can be heard — a benefit to this process that she has not taken for granted — and avoid the racism and tokenism that is still occurring.

“I’ve dealt with racist acts like being asked to be paint my skin a tone that is not mine. And then, when Obama came into the presidency, all of a sudden the coin flipped to ‘Let’s put her in huge posters in front of opera houses to show that we have the diversity’— without really working with what the conversation is inside of the space, every day, amongst the dancers. There is a lot of security being with a company, but I’m learning I’d rather be happy and dance on my own terms.”

All the dancers expressed interest in what Howard might be up to next and gratitude for Byrd’s approach, which is curious rather than authoritarian. It is apparent this performance is more of a beginning than ending for the curators, and perhaps, for everyone involved.

After a break, Byrd reconvened the rehearsal. He wanted to look at what might be the final section, one more time. The dancers traveled in a line, dancing the steps while interacting with the people ahead and behind. The group migrated in a big semicircle from downstage right to upstage right. Hands were offered and taken, bodies pulled and lifted along.

“This time, I want you to really bring someone with you,” Byrd said. “Try lifting someone up and carry them forward.”

Almost immediately, their dancing takes on a new urgency. Reflecting on that moment later, Bodden said, “We’re all helping and supporting each other throughout that chain, which is also something beautiful to think about when we’re doing it. We’re not leaving anyone behind.”