Love and Justice: A Story of Triumph on Two Different Courts

Love and Justice: A Story of Triumph on Two Different Courts

In the tradition of Just Mercy, an inspirational memoir by WNBA star Maya Moore Irons and her husband, Jonathan Irons, who she helped free from a wrongful conviction.

A journey for justice turned into a love story when Maya Moore, one of the WNBA’s brightest stars, married the man she helped free from prison, Jonathan Irons.

Jonathan was only 16 when he was arrested for a crime he did not commit. Maya Moore’s family met Jonathan through a prison ministry program in 1999 and over time developed a close bond with him. Maya met Jonathan in 2007, shortly before her freshman year at the University of Connecticut, where she became one of the most heralded women’s basketball players in collegiate history. She visited him often throughout the years, as well as sending him letters and books as he fought for his freedom; ultimately, she became a strong voice for prosecutorial changes. She stunned the sports world when she announced in February 2019 that she would step away from her career in women’s basketball, in part so she could help Jonathan in what they hoped would be his final appeal. In March 2020, his conviction was overturned by a state judge in Jefferson City, Mo. In this inspiring memoir, the couple will explore their unwavering faith, their deep connection, and how Maya stepped away from basketball to pursue justice both to prove Jonathan’s innocence and inspire activism in others. Just like Maya and Jonathan asked themselves, readers will ask themselves one of the most important questions they can after reading this book: “Am I living out my purpose?” 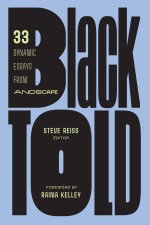 Rise of the Black Quarterback